Both Clinton or Bush Are Toast: Dynasty Rejected By USA Electorate 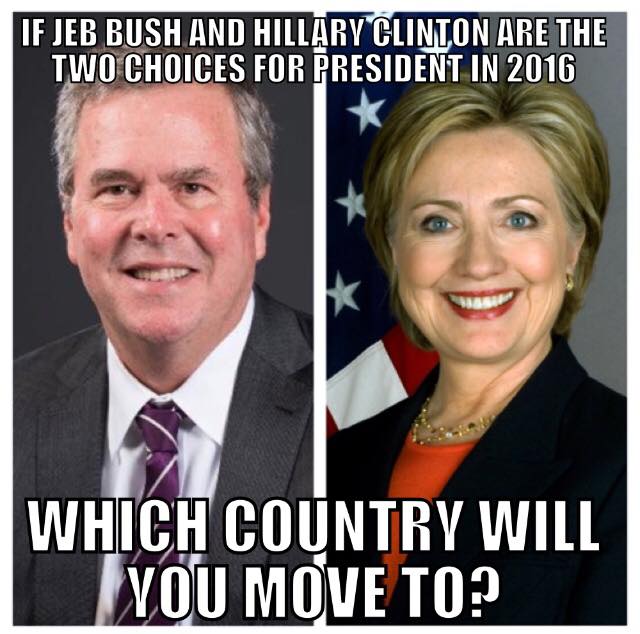 Both Clinton or Bush Are Toast: Dynasties Rejected By USA Electorate

SOTN Editor’s Note:
There certainly is something deeply disturbing about the prospect of another Clinton or Bush presidency, but it has very little to do with the content of the article posted below. However, the title of this Financial Times article was far too accurate to pass up for the real reasons that follow.

First, Hillary Clinton, the presumptive Democratic nominee, has shown herself to be completely unfit for public office … any elective office whatsoever. Her gross mismanagement of the Benghazi fiasco will never be sufficiently explained; nor will thestain of her congressional testimony ever be washed away from the public consciousness.

Then there is Emailgate, a multi-year series of unparalleled transgressions too long to list here.  Any objective look at the facts of this unprecedented scandal reveals that the “Former Secretary of State Effectively and Illegally Operated A Parallel Government”.  Also, her continued stonewalling of the House Select Committee which has subpoenaed her email records certainly does not help her candidacy.

Going back into her work history reveals that she was ignominiously fired from her job with the House Judiciary Committee’s Watergate investigation; she sought to unlawfully deprive Richard Nixon of legal counsel, which would have been grounds for disbarment had she been somehow successful.  Her boss at the time, “Jerry Zeifman, the general counsel and chief of staff of the House Judiciary Committee … called Clinton a “liar” and “an unethical, dishonest lawyer.”  And Zeifman was a longtime loyal Democrat.

As a self-proclaimed champion of women’s right, Ms. Clinton aggressively acted to squash every woman’s attempt for justice who filed a sexual abuse complaint against her husband, Bill Clinton, a well known philanderer going back to his dubious days in notoriously seedy Arkansas politics. Each of those women was systematically destroyed by way of the classic Clintonesque politics of personal destruction.

Lastly, there are the ‘terrorist’ attacks of 9/11 which occurred during Ms. Clinton’s term as U.S. Senator of New York State.  It is the obligation of any U.S. Senator to ferret out the truth concerning such a bold assault on both citizenry and property.  Ms. Clinton failed dismally in this regard, as even the members of the official 9/11 Commission indicated very little confidence in the findings of the grossly deficient federal investigation.  It appears that she may have even been promoted into her State Department position for her deliberate neglect to pursue 9/11 truth.

Now over to Jeb Bush’s prospects for a ‘refreshing’ presidential candidacy.  He has already trotted out his many unpaid foreign policy advisors which represent virtually the identical lineup as his brother’s, George W.  These are the same neocon co-conspirators who brought us the ongoing and epic disaster known as the Iraq War, as well as the unlawful invasion of Afghanistan.  Not only did this rabidly warmongering cabal of mostly Israeli dual citizens expose the USA and its leadership to an endless list of horrific war crimes, they set the entire Middle East on ablaze for the foreseeable future.

Jeb Bush has closely aligned himself with the Democratic position on immigration policy.  It has also earned him the moniker of RINO-in-Chief as this major faux pas alone disqualifies him from being taken seriously as a Republican presidential candidate.  His many treasonous pronouncements on the subject of illegal aliens are as irrational as they are destructive to the American Republic.  No real Republican, conservative or otherwise, takes him seriously for this reason alone.

Finally, there are the U.S Government-sponsored false flag attacks of 9/11.  Not only did this CIA-directed black operation occur on his older brother’s watch, “Marvin P. Bush, the president’s younger brother, was a principal in a company called Securacom that provided security for the World Trade Center, United Airlines, and Dulles International Airport.”And not to be outdone by this fact, we also learn that “from 1999 to January of 2002 (Marvin and George W.’s cousin) Wirt Walker III was the company’s CEO.” Who would ever want the next emperor of the crumbling American Empire to come form the BUSH-CLINTON Dynasty? 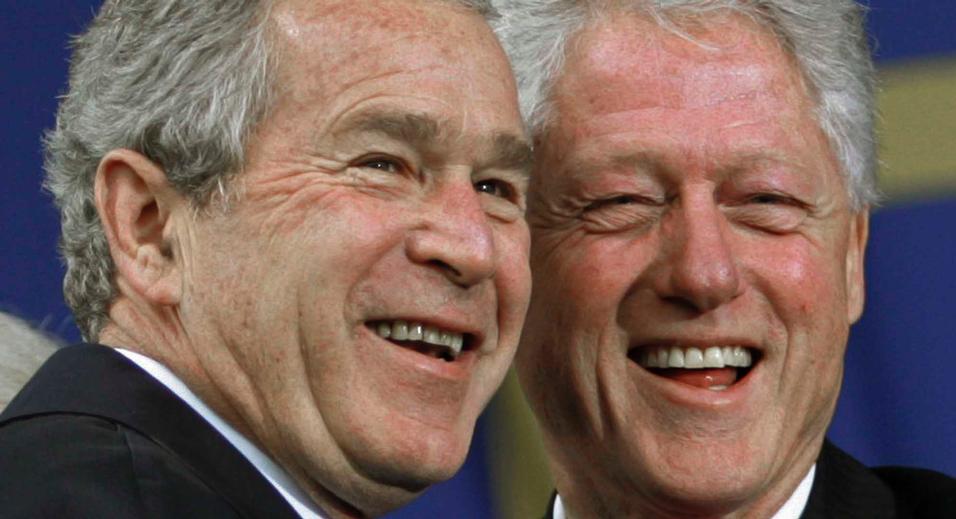