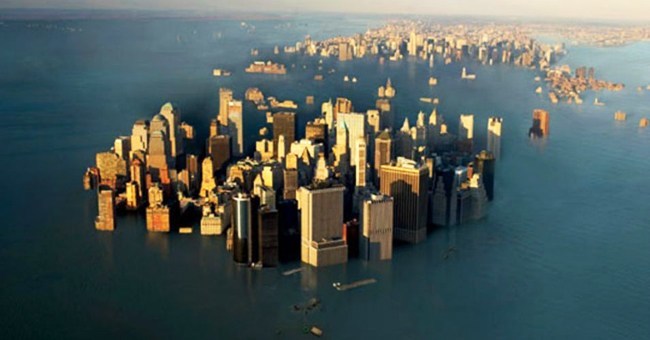 Science says it has happened before. 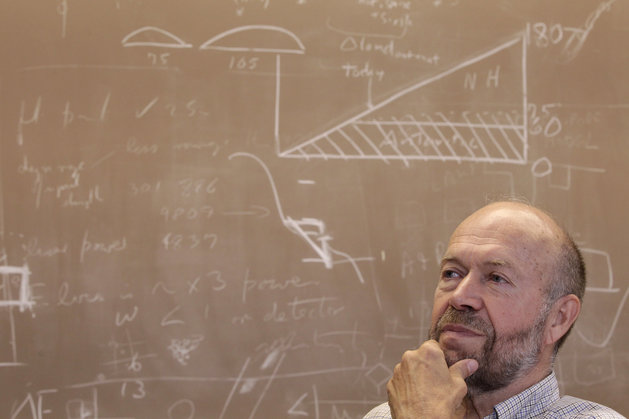 In this Thursday, Aug. 2 2012 photo, Dr. James E. Hansen head of the NASA Goddard Institute for Space Studies gestures during an interview with the Associated Press at his office in New York. (AP Photo/Mary Altaffer)

WASHINGTON — One of the nation’s most recognizable names in climate science, Dr. James Hansen, released a new paper this week warning that even 2 degrees Celsius of global warming may be “highly dangerous” for humanity.

The paper, which will be published online in the European Geosciences Union journal Atmospheric Chemistry and Physics Discussion later this week, projects sea levels rising as much as 10 feet in the next 50 years.

The paper notes there is evidence indicating that average temperatures just 1 degree Celsius warmer than today caused sea levels to rise 16 to 30 feet and fed extreme storms thousands of years ago.

Hansen and 16 co-authors drafted the paper as a message to policymakers that current greenhouse-gas reduction goals are not strong enough. World leaders have committed to limiting average warming to 2 degrees Celsius (3.6 degrees Fahrenheit), a goal articulated in the Copenhagen Accord in 2009 and reiterated by G7 leaders in June.

“The message for policymakers is that we have a global crisis that calls for international cooperation to reduce emissions as rapidly as practical,” wrote the authors.

Their projections are based on an anticipated accelerated melting of ice sheets in Greenland and Antarctica due to rising atmospheric concentrations of heat-trapping greenhouse gases. The melting ice sheets will put more cold, fresh water into the oceans, changing circulation patterns and ultimately causing even more melting of the ice sheets — thus causing sea levels to rise much, much faster than other projections have forecast.

“We conclude that continued high emissions will make multi-meter sea level rise practically unavoidable and likely to occur this century,” the scientists wrote. “Social disruption and economic consequences of such large sea level rise could be devastating.”

Hansen, who was the director of NASA’s Goddard Institute for Space Studies until April 2013and is now an adjunct professor in the Department of Earth and Environmental Sciences at Columbia University, has been warning about climate threats for years. He’s moved from dispassionately investigating the science to actively advocating for specific solutions to the problem. As Eric Holthaus at Slate put it, Hansen “is known for being alarmist and also right.”

The paper has already ruffled some, including Associated Press science writer Seth Borenstein, who said on Twitter that he would not cover it — primarily because it had not yet been peer-reviewed, a process that allows other scientists to critique the work.

The Washington Post’s Chris Mooney asked other climate experts to weigh in on the paper. While many said it raised key discussion points, Kevin Trenberth of the National Center for Atmospheric Research called it “provocative and intriguing but rife with speculation and ‘what if’ scenarios.”