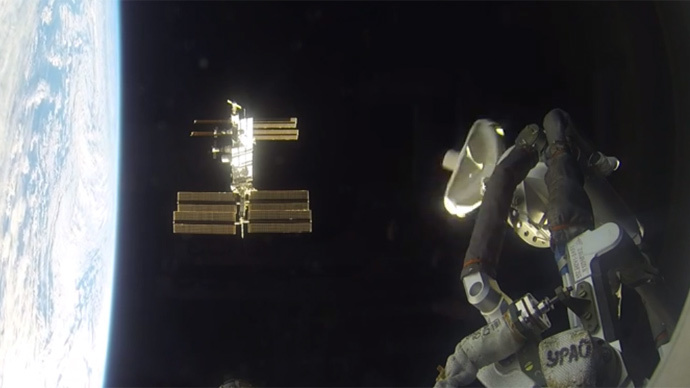 NASA has released stunning footage documenting the Russian Soyuz capsule as it docked with the International Space Station (ISS) with three astronauts in tow.

The video’s stunning sci-fi film quality was taken by the crewmembers aboard the Soyuz TMA-16M and shows the spacecraft docking with the ISS on March 27.

Before docking the ISS the crew completed four orbits around the Earth to catch up with the laboratory circling the Earth at breakneck speed.

The launch marked the start of Kelly and Kornienko’s ‘One Year’ mission on the ISS, which will help scientists better understand the long-term-effects of micro-gravity on the human body.

While Russian cosmonauts undertook extended stays in space in the 90s, with the longest being 437 days and 18 hours, Kelly aims to be the first American astronaut to spend a year in space.