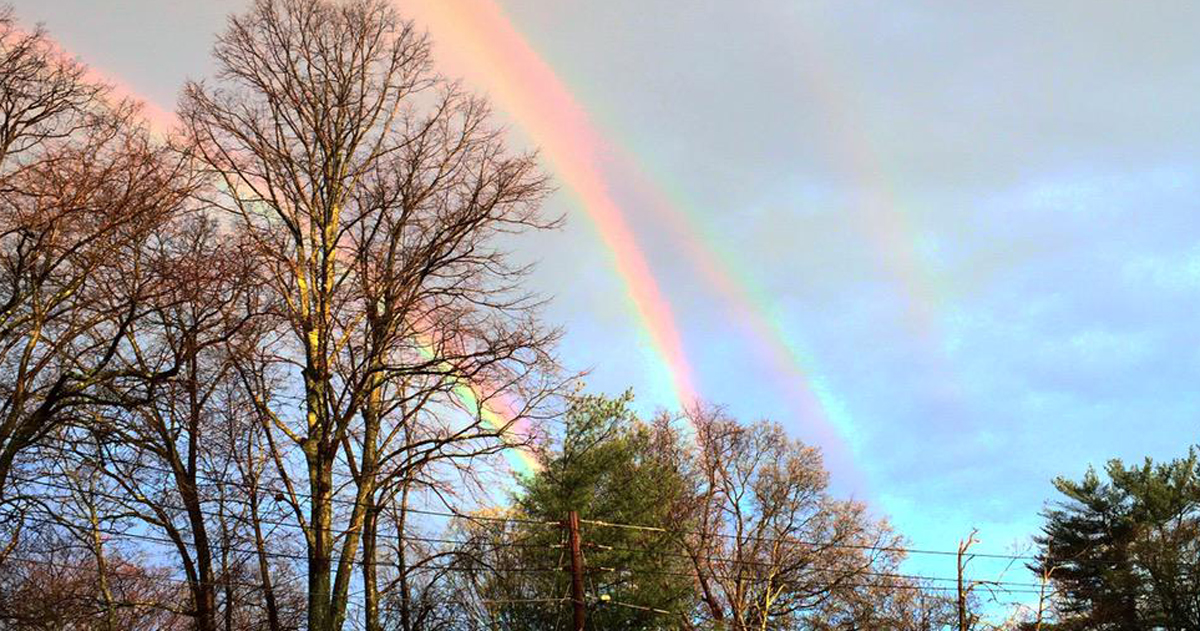 A New York woman sent the internet into frenzy on Wednesday – and brought the skeptics out in force – after she posted a photograph capturing an extremely rare quadruple rainbow with her smartphone.

Amanda Curtis of Long Island, New York, was the lucky woman to spot the majestic sight. Usually people are lucky enough to see two rainbows – something that was also witnessed in New York after the rain fell on Tuesday. However, Curtis managed to double that just in time for a viral Earth Day hit.

“I didn’t realize how rare it was, I just knew it was beautiful,” Curtis said to 1010 WINS. “My train was coming, but I just took out my phone, snapped a quick photo and ran after my train.” The photo quickly spread around the internet, causing many to come out and express skepticism that the image was actually real. Some say because Curtis snapped the photograph behind a pane of glass, it could have caused a reflection to take place.

Others stated that it was either fake or had been doctored.

However, Curtis told The Weather Channel that it definitely wasn’t an elaborate hoax, since she actually snapped the photo while standing outside – not behind glass.

Another person who seemed convinced that the image was real was Paul Neiman, a research meteorologist at the National Oceanic and Atmospheric Administration. He published a lengthy explanation of the event on his Facebook page, published by the Washington Post.

“For the much rarer reflected-light rainbows shown in this spectacular photo, a large glassy-smooth water surface is required behind the observer,” he wrote. “This smooth water surface reflects the sun, such that a second solar light source is generated.”

“This reflected sun, which is located the same the number of arc degrees below the horizon as the real sun is above the horizon, creates a second primary and secondary rainbow on the opposite side of the sky from the sun, but with the center of these reflected-light rainbows above the horizon.”

Other New Yorkers may not have caught the quadruple rainbow, but many people did post pictures of double rainbows.