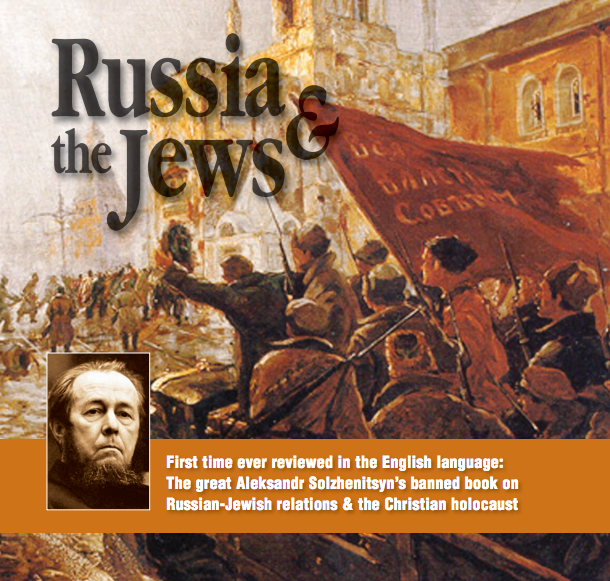 TMR Editor’s Note
In light of the West’s ongoing and undeclared war on Russia, the following piece of history, as chronicled by Aleksandr Solzhenitsyn, is as important as it gets.  This book — The JEWS in the SOVIET UNION — has been effectively banned throughout much of the world and has been aggressively censored in all the English-speaking and European nations.

The entire post that follows comes directly from THE BARNES REVIEW and full credit goes to them for providing this invaluable review of Alexandr Solzhenitsyn’s The Jews in the Soviet Union by German historian Udo Walendy.

The JEWS in the SOVIET UNION
by Aleksandr Solzhenitsyn

The Communist October Revolution in Russia 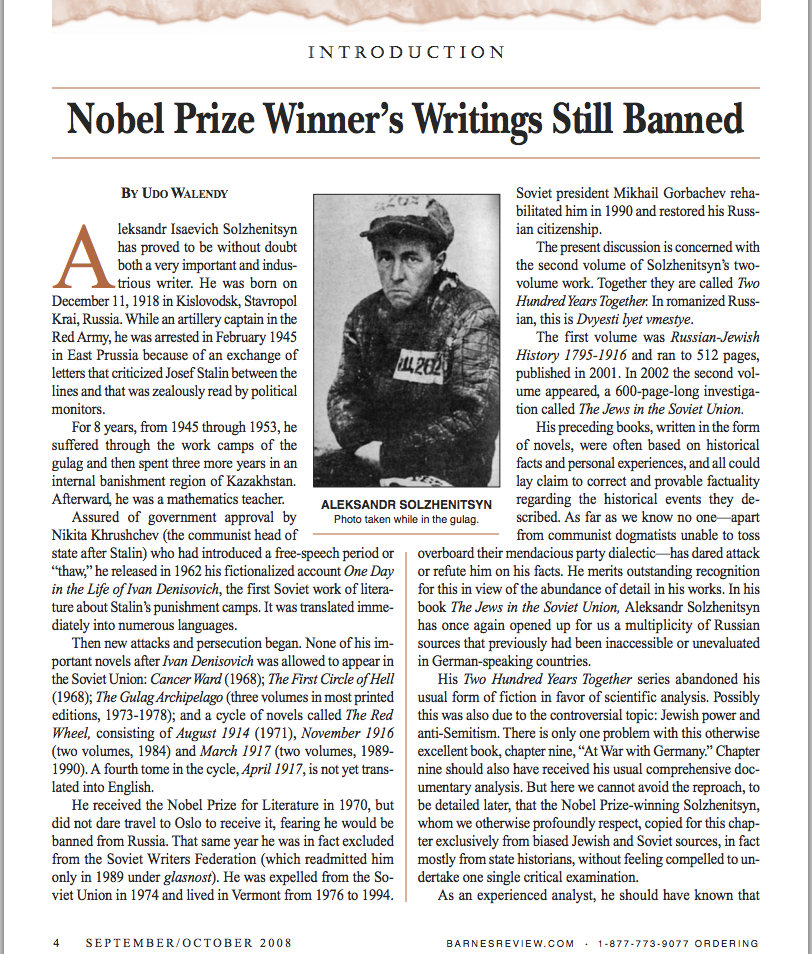 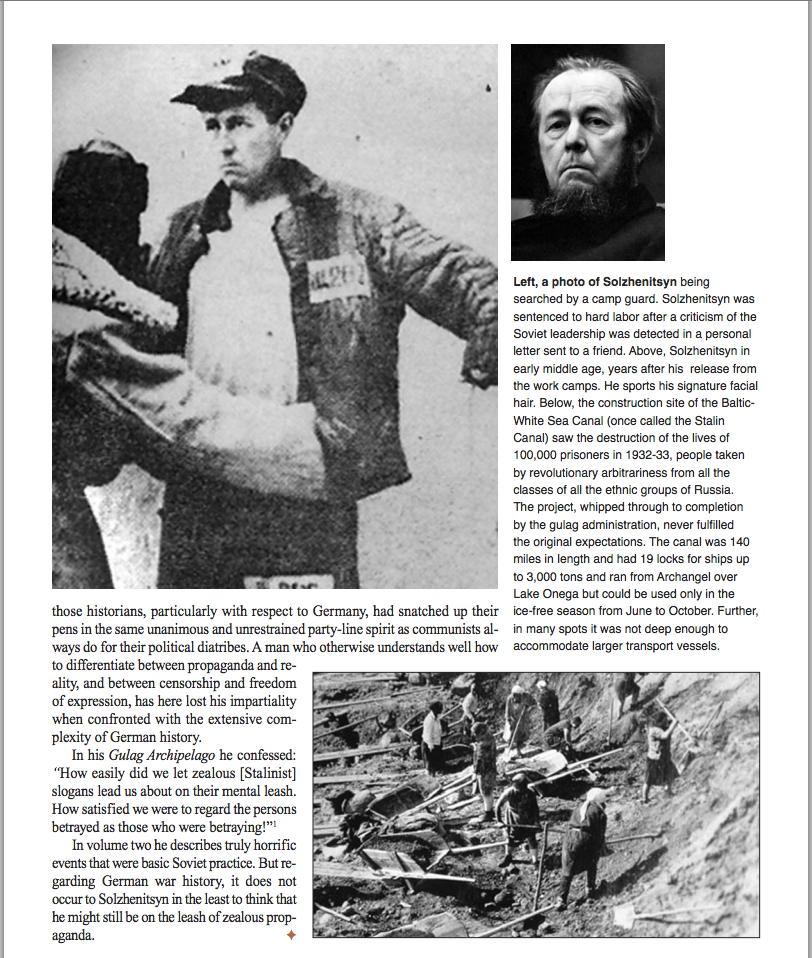 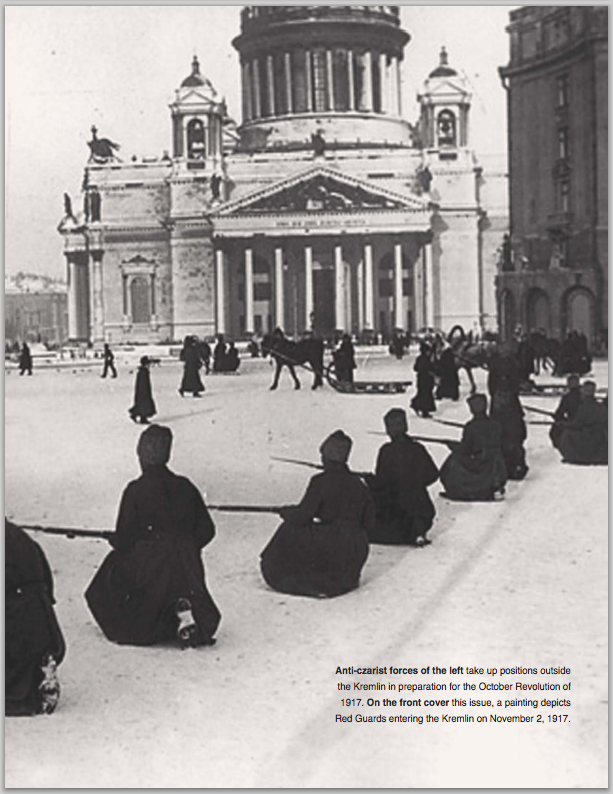 Please click on the link below for  the first-time ever English review of Alexandr Solzhenitsyn’s banned book The Jews in the Soviet Union.

RUSSIA & THE JEWS by Aleksandr Solzhenitsyn 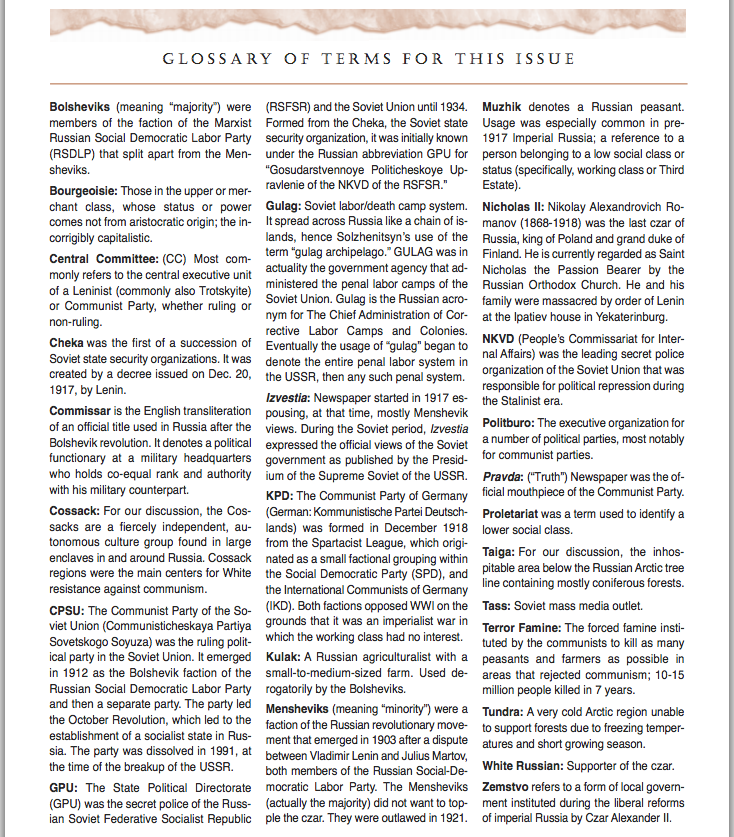