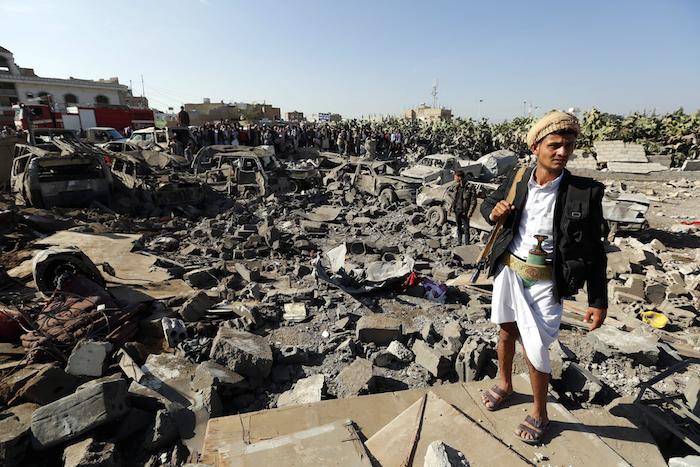 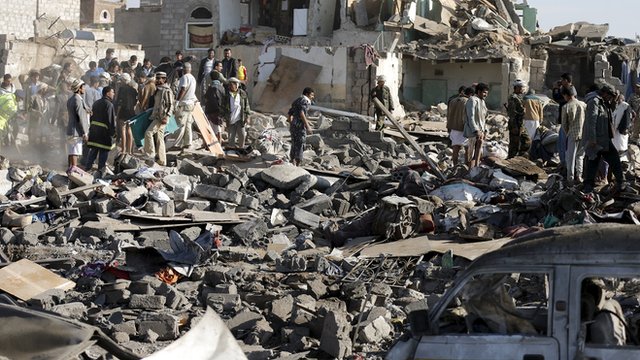 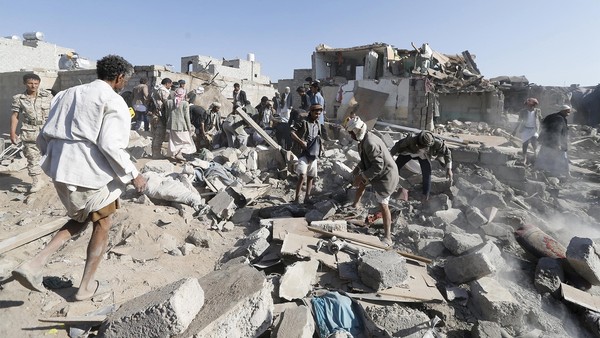 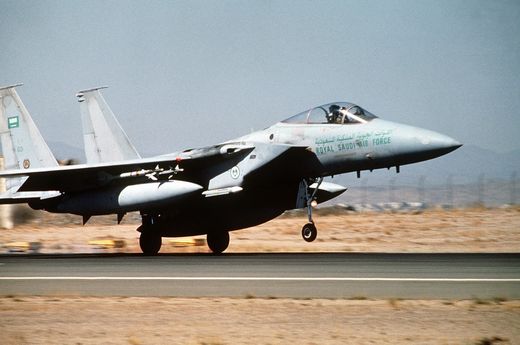 Saudi Arabia, in an unprecedented act of unprovoked unilateral military aggression against Yemen by the autocratic absolute monarchy, was allegedly triggered in a US-backed attempt to restore what Riyadh is calling the “legitimate government of Yemen.”

What exactly constitutes a legitimate government is not clear for a despotic regime where elections are not held, women cannot drive, and enemies of the state are beheaded in medieval displays of public barbarism not entirely unlike their ideological ambassadors among the so-called “Islamic State” or ISIS.

The Yemeni Houthi militias are in fact the only viable force fighting Al Qaeda and its affiliates in the Persian Gulf State located at the southern end of the Arabian Peninsula. With their recent successes on the battlefield leaving US-backed proxies in shambles, including apparently Al Qaeda itself, the West has decided it must take whatever measures necessary to stop them and reassert US interests in the region.

Comment: The U.S. can’t have some ragtag fighting force winning victories against its proxy “IS” goons. That’s just embarrassing.

According to the New York Times in its report, “Saudi Arabia Begins Air Assault in Yemen,” Saudi Arabia is intervening to stabilize the country before it descends into “civil war.” It states:

Saudi Arabia announced on Wednesday night that it had begun military operations in Yemen, launching airstrikes in coordination with a coalition of 10 nations.

The strikes came as Yemen was hurtling closer to civil war after months of turmoil, as fighters and army units allied with the Houthi movement threatened to overrun the southern port of Aden where the besieged president, Abdu Rabbu Mansour Hadi, has gone into hiding.

In reality, a US-backed regime propped up by a steady stream of support afforded by America’s long-standing client state, Saudi Arabia, had been ousted from power. The civil war has already been fought, and the US-backed side has decisively lost.

Instead of allowing the Yemeni people to now determine their own fate, as the West had insisted regarding Ukraine, it is clear that everything up to and including military invasion has been reserved to ensure American interests prevail.

Saudi Arabia has exercised unilateral military force against a neighboring sovereign state without any notable threat being presented to its own national security. This is naked military aggression by every count. And while the US and UK have openly supported Saudi Arabia in its actions, not even the veneer of UN approval has been applied to this act of war.

Is this the new “normal?” Bombing and invading a country because a foreign power doesn’t like the government, without even the semblance of international law being applied? Judging by the “calm” supportive response from the United States and British governments, and the muted tone of what is essentially a naked military invasion of a sovereign country, it is clear that we are expected to believe as much.

In contrast, consider the unhinged hysteria seen across the West when Russian troops uneventfully entered Crimea and held a peaceful referendum that overwhelmingly sought to return the peninsula back to Russia.

Saudi Arabia has begun bombing Yemen, and has plans to send in troops in addition to the already ongoing covert and semi-covert support the regime and its US sponsors have been providing proxy forces within Yemen from the US-engineered “Arab Spring” onward.

The dangerous precedent set by Saudi Arabia’s actions will surely be jealously defended as a “West and allies” only option. Russia will not now be afforded the same leeway in the Western press to enter into Ukraine and bomb the regime occupying Kiev into oblivion. Nor would a joint Iranian-Syrian-Lebanese-Iraqi military force be allowed to sweep through the Levant and secure up to and perhaps even beyond the Turkish-Syrian border since NATO and the government of Turkey have for four years now failed to do so themselves.

The interesting question will be though, what if Russia or nations fighting in the Levant decide to do this anyway?What room will the West now have to condemn it considering what they have allowed Saudi Arabia, by every measure an illegitimate despotic dictatorship, to invade a neighboring state with absolute impunity, even with avid, eager Western support? Is the US prepared to accept the consequences of the dangerous new “normal” it has just created?