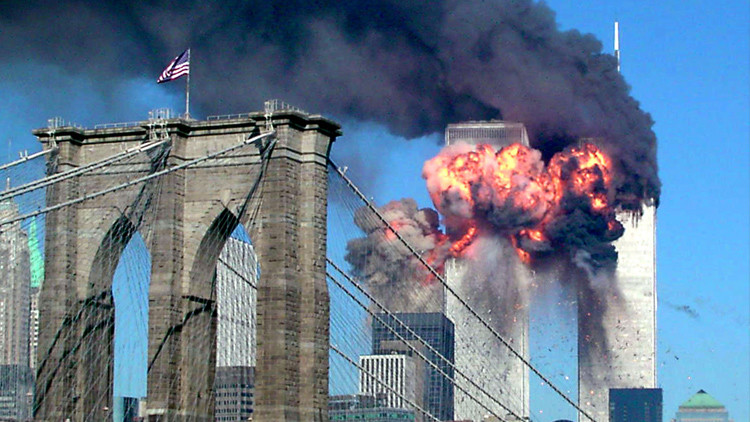 Pravda released a shocking report that has the Illuminati cabal running the United States literally “freaking out” in fear because they’ve been caught over 9/11.

Putin is now threatening to release smoking gun satellite images that prove 9/11 was a false flag operation performed by elements of the U.S. Government.  Just as he released the smoking gun satellite videos proving the US backed Kiev government shot down MH-17 when the Mainstream Media (MSM) told us for months that Russia shot it down.

Even to this day the US and the MSM won’t admit to this crime by the Kiev government the USA put into power.  Once the proof came out that our puppet government shot down MH-17 on VeteransToday, the MSM dropped the story like a hot potato and that was the last you heard about it, as usual.  Now the US and their MSM propaganda arm is lying and saying that we must arm Ukraine because of “Russian Aggression.”

These are all lies, of course, and recently as reported by VeteransToday, John McCain just admitted that Ukraine is guilty of war crimes.  He admitted that Kiev used cluster bombs on civilians but said they had to because we wouldn’t give them the GPS weapons they wanted. How’s that for some twisted logic.

What most Americans don’t realize who watch the MSM and support the “tip of the spear” is that alternative media has reported that Russia has already provided the smoking gun proof on who did 9/11.   The evidence and proof has been discussed extensively on Veterans Today and Veterans Today Radio shows.

You have no idea what you don’t know about 9/11 unless you hear this interview and read everything by Gordon Duff and the rest of US Intelligence that writes for VT.  This information was given to CNN also but they sat on it and only VT published and verified it all with other sources in the US Government and French Intelligence.  9/11 was a nuclear attack,;there were no airplanes involved.  No plane hit the towers or the Pentagon.

The Pentagon was hit with a cruise missile that hit directly on the conference room where the Able Danger investigative group at the Pentagon were told to go right before the missile hit.  No planes hit the towers, it was all CGI trickery and holograms that the US Gov’t has had for decades.

Gordon Duff Breaks Story on 9/11 That Shocked the World

Now Putin is openly threatening the US at providing satellite images of what most people already know – that 9/11 was an inside job and members of the US Government planned and executed the attack along with members of another government explained in the video above.

Here’s the Google translation of the following story in Pravda!

(In order to follow BeforeItsNews rules and copyright guidelines, I’m only going to publish the first 3 paragraphs of the shocking report.  You can go to the source and copy and paste it into Google Translate of for the rest)

American experts believe that despite the fact that relations between the US and Russia reached the worst point since the Cold War, Putin has made Obama only minor troubles. Analysts believe that this is the “calm before the storm.” Putin is going to hit once, but he’s going to hit hard. Russia is preparing the release of evidence of the involvement of the US government and intelligence services in the September 11 attacks. The list of evidence includes satellite images, and will be posted at the website secretsofthefed. com.

Published material can prove malice by the U.S. Government towards the people of the US and their successful manipulation of public opinion.  The US Government planned to attack, but acted by proxy.  They used proxies so that the attack on America and the people of the United States looked like an act of aggression of international terrorism.

The motive for this outright deception and the murder its own citizens served the US oil interests in the Middle East  and especially the state corporations.

Get the rest of the article at source and paste into Google Translate.