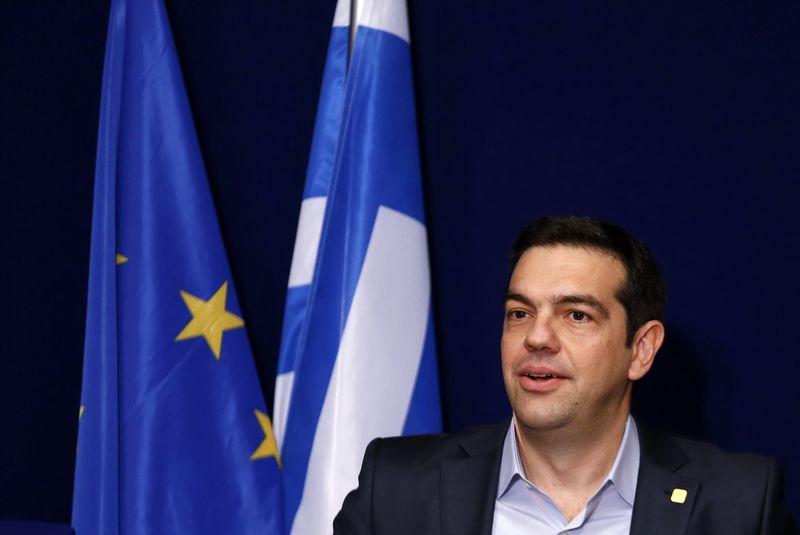 ATHENS (Reuters) – Greece’s new anti-corruption minister is not a politician, but he is in tune with the new crusading mood.

International attention on Greece since the Syriza party took over has focused on the leftist government’s fight against an austerity package imposed from abroad.

But Panagiotis Nikoloudis, 65, a supreme court prosecutor and specialist on economic crime, is spearheading another battle declared by Syriza: this one on the home front, against some of the wealthy businessmen who dominate Greek political and economic life.

Speaking to parliament last week, Nikoloudis denounced an elite that included a “handful of families who think that the state and public service exists to service their own interests.”

Such businessmen influence politicians and state officials or abuse their control of the media to unfairly win state contracts, change regulations to their advantage or escape prosecution for illegal conduct, critics say.

Prime Minister Alex Tsipras has announced radical measures aimed at what he calls the “oligarchs”, including re-licensing private TV channels, ending “crony” bank loans for the well-connected, exercising the state’s voting rights in the case of majority shareholdings of private banks, unwinding some key privatizations and aggressive tax audits of those with offshore bank accounts.

“We have made the decision to clash with a regime of political and economic power that plunged our country into the crisis and is responsible of Greece’s depreciation on an international level,” Tsipras told parliament last week.

Finance Minister Yanis Varoufakis has been equally blunt, declaring that his government will “destroy the oligarchy” in order to increase tax revenues, open markets and spur economic growth.

So far, no-one has been named in the crackdown, and few of Greece’s top entrepreneurs have commented publicly.

But deals under scrutiny include the privatization of the national lottery and planned sell-off of state shares in major ports.

Energy Minister and Syriza party member Panagiotis Lafazanis told parliament last week the government would seek the cancellation of the “scandalous purchase” of the old Athens airport, Hellenikon, by Lamda Development, a company controlled by the family of Greece’s richest businessman, Spiros Latsis.

Latsis has not been personally criticized by Syriza.

Lamda responded with a statement last week lamenting “the discouraging message to the long-term private international investors that our country desperately needs.”

Asked by Reuters to comment further, Latsis did not respond.

Businessman Yannis Vardinoyannis, whose family has interests in oil refining, shipping and the media, said in a statement to Reuters that Tsipras had a “valid point” in attacking “a certain regime that has played a significant role in influencing in a negative and corrupt way Greece’s business environment”, and that tackling corrupt practices would be good for economic growth and business confidence.

He also noted that “owning and operating a globally successful organization does not classify you as an ‘oligarch'”.

“We have faith in our new Government and I personally welcome this type of approach where fair play, the law and regulations will prevail,” he said.

NOT JUST TARGETING THE RICH

Syriza under Tsipras has long been critical of how a handful of Greek families play a dominant role and enjoy political patronage in key sectors of the economy.

But some critics say the Syriza government should make a clearer separation in its public rhetoric between its drive against illegal activity like corruption and tax evasion and its wider political agenda to curb the power of the rich, which could scare away investors and spur capital flight.

Nikoloudis told Reuters in an interview he was not accusing the wealthy in general.

“I would be crazy to think like that,” he said.

He is still waiting to be given a new office, staff or a budget. But, speaking at his old office, he said previous investigations into oil smuggling, banking fraud and tax evasion had identified perpetrators who were wealthy businessmen with political patrons.

“So I don’t attack the rich, but the people I’ve found committing crime just happen to be rich,” he said.

As a non-political outsider with a clean record, Nikoloudis is a popular appointment among Greeks who believe corruption is deeply embedded in society. He has a reputation for action, and says the financial intelligence unit, which he led until now, developed a system of audits that identified over 20,000 people whose assets do not match their tax declarations.

George Sourlas, a senior official at the justice ministry and a former conservative MP and deputy speaker of the parliament, said he “had to admit” the anti-corruption measures put forward by Tsipras were “very impressive so far.”

Sourlas praised Tsipras’s promise to curb oil smuggling, a racket in which un-taxed fuel for export or commercial shipping is diverted and sold instead for domestic consumption, evading sales tax due. Previous governments have been aware of the racket for years but did nothing, Sourlas said.

“The smugglers have the support of political power and a relationship with all political parties,” he said, declining to elaborate.

In an interview, he outlined the program he has in mind to defeat the smugglers, from installing GPS systems on fuel barges in ports to new incentives for customs officers to forcing refineries to hand over more data.

But skeptics question if Syriza’s hopes for a windfall of tax revenues from the crackdown are realistic.

Harry Theocharis, a former chief tax collector and now a newly-elected MP for a centrist party, said Mardas was exaggerating the revenue lost by smuggling.

The bigger problem, he said, was that tax evasion and corruption in general extends well beyond the rich. But going after evasion by professionals or other restrictive practices such as unfair barriers to professions maintained by trade unions could threaten Syriza’s political support.

Nikoloudis has acknowledged that targeting the richest and most powerful would not eliminate tax evasion.

In fact, he found the biggest companies in Greece were the most scrupulous in paying their taxes, unlike many self-employed people. “Specifically everyone who has a hotel or a taverna on an Aegean island systematically commits tax evasion.”

An attack on corrupt behavior by powerful interests was perhaps more about justice than revenue-raising, he said.

“Even if we accept that some people will take their money and go abroad, I would prefer to take that risk instead of seeing the economy of my country based on dirty money and corrupt enterprise.”

Not every oligarch would be challenged, and not all crimes of the past could be prosecuted.

“I am not going to fight everyone. I don’t want to break my nose. I want to change the system. That’s my ambition.”