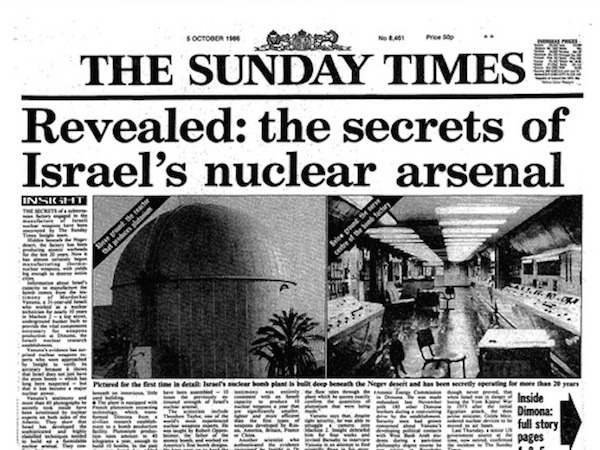 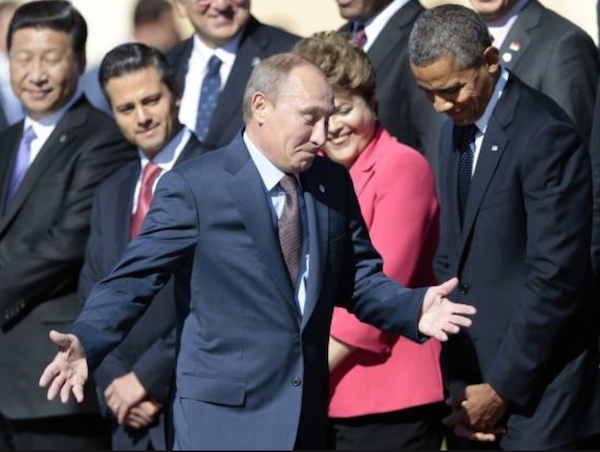 Are “Brer Barak” and “Vlad the Fox” having the last laugh?

Rumors abound that President Obama ordered the release of documents citing a 25 year coverup by the United States that allowed Israel to conduct not only nuclear espionage and openly sell nuclear weapons technology, but be underwritten by $86 billion in illegal American aid in the process.

The rumors state that upon receiving evidence of US and Israeli complicity in the 9/11 attacks, both detailed satellite and signals intelligence, supplied by order of Russian President Vladimir Putin, Obama ordered the documents released.

Only a week after Pravda published an extremely controversial story citing US complicity along with unnamed “proxies” in staging the 9/11 attacks, the US has released a bombshell.

The US has been sitting on a 1987 report, still heavily censored, citing Reagan/Bush complicity in passing on nuclear secrets to Israel allowing their development of thermonuclear weapons.

At the time of the report, VT editor, Colonel James Hanke, was ranking US military official in Israel and was tasked with gathering intelligence on Israel’s nuclear program.

Soon afterward, VT editor Jeff Smith, a nuclear weapons specialist and physicist, joined the IAEA and began investigations of nuclear proliferation activities on behalf of Israel and other nations done in concert with AIPAC and Victor Bout’s arms smuggling operations.

Now, just prior to the highly controversial and politically charged visit to the US by the Likudist ruler of Israel, Netanyahu, the Obama Justice Department settles the lawsuit that was withholding key information damaging not only to Israel but that directly threatens US aid to that nation as well.

The report, Critial Technology Assessment in Israel and NATO Nations, cites Israel as being in broad violation of nuclear non-proliferation laws:

President Putin has become increasingly concerned at Israel’s stepped up assistance to ISIS including the downing of a Syrian Mig 21 today, between the city of Daraa and ISIS supply routes through the border conjunction between Israel, Syria and Jordan.

It is believed that ISIS jihadists and weapons are landed on, according to well placed sources, carefully marked highways inside Israel.

These roads, designated as landing strips, are blocked off to allow landing of C130 aircraft.  The same aircraft fly to Libya to pick up weapons and fighters, dropping personnel for infiltration through Jordan and then take off, to resupply ISIS fighters outside Kobani and Kirkuk.

Conceding to a federal lawsuit, the US government agreed to release a 1987 Defense Department report detailing US assistance to Israel in its development of a hydrogen bomb, which skirted international standards.

The 386-page report, “Critical Technology Assessment in Israel and NATO Nations,” likens top Israeli nuclear facilities to the Los Alamos and Oak Ridge National Laboratories that were key in the development of US nuclear weaponry.

Israelis are “developing the kind of codes which will enable them to make hydrogen bombs. That is, codes which detail fission and fusion processes on a microscopic and macroscopic level,” said the report, the release of which comes before Israeli Prime Minister Binyamin Netanyahu’s March 3 speech in front of the US Congress in which he will oppose any deal that allows Iran’s legal nuclear program to persist.

“I am struck by the degree of cooperation on specialized war making devices between Israel and the US,” Roger Mattson, a formerly of the Atomic Energy Commission’s technical staff, said of the report, according to Courthouse News.

The report’s release earlier this week was initiated by a Freedom of Information Act request made three years ago by Grant Smith, director of the Washington think tank Institute for Research: Middle Eastern Policy. Smith filed a lawsuit in September in order to compel the Pentagon to substantially address the request.

“It’s our basic position that in 1987 the Department of Defense discovered that Israel had a nuclear weapons program, detailed it and then has covered it up for 25 years in violation of the Symington and Glenn amendments, costing taxpayers $86 billion,” Smith said during a hearing in late 2014 before Judge Tanya Chutkan in US District Court for the District of Columbia.

Smith described in his federal court complaint how those federal laws were violated by the US in the midst of Israel’s budding nuclear program.

In November, Judge Chutkan asked government lawyers resistant to the report’s release why it had taken years for the government to prepare the report for public consumption.

“I’d like to know what is taking so long for a 386-page document. The document was located some time ago,” Chutkan said, according to Courthouse News Service.

“I’ve reviewed my share of documents in my career. It should not take that long to review that document and decide what needs to be redacted.”

The government’s representatives in the case — Special Assistant US Attorney Laura Jennings and Defense Department counsel Mark Herrington — initially said confidentiality agreements required a “line by line” review of the Defense Department’s report. They later shifted, arguing that its release is optional and not mandatory, as “diplomatic relations dictate that DoD seeks Israel’s review.”

Smith and the US agreed that the government would redact sections of the report on NATO countries, though the passages on Israel remain intact.

“The capability of SOREQ [Soreq Nuclear Research Center] to support SDIO [Strategic Defense Initiative Organization, or “Star Wars”] and nuclear technologies is almost an exact parallel of the capability currently existing at our National Laboratories,” said the report, written by the Institute for Defense Analysis for the Department of Defense.

“SOREQ and Dimona/Beer Sheva facilities are the equivalent of our Los Alamos, Lawrence Livermore and Oak Ridge National Laboratories…[and have] the technology base required for nuclear weapons design and fabrication.”

The report’s authors Edwin Townsley and Clarence Robinson found that Israel to had Category 1 capability regarding its anti-tactical ballistic missile and “Star Wars” weapons programs.

“As far as nuclear technology is concerned the Israelis are roughly where the U.S. [w]as in the fission weapon field in about 1955 to 1960,” the report said. “It should be noted that the Israelis are developing the kind of codes which will enable them to make hydrogen bombs.”

In a statement on the report’s release, Smith said Thursday, “Informal and Freedom of Information Act release of such information is rare. Under two known gag orders — punishable by imprisonment — U.S. security-cleared government agency employees and contractors may not disclose that Israel has a nuclear weapons program.”

Israeli Prime Minister Binyamin Netanyahu’s planned address before the US Congress was controversially arranged by Republican leadership without consultation of congressional Democrats or the White House.

The speech will occur weeks before Netanyahu will seek reelection, and is to center around his opposition to any agreement with Iran over its nuclear program, a deal the US — while levying heavy sanctions on Tehran — has pursued despite protests from its preeminent ally in the Middle East, Israel.

Tehran’s nuclear program is legal under the terms of the Nuclear Non-Proliferation Treaty, to which Israel is one of the few United Nations members that is not a signatory.