Is the CIA using weather modification as a weapon? 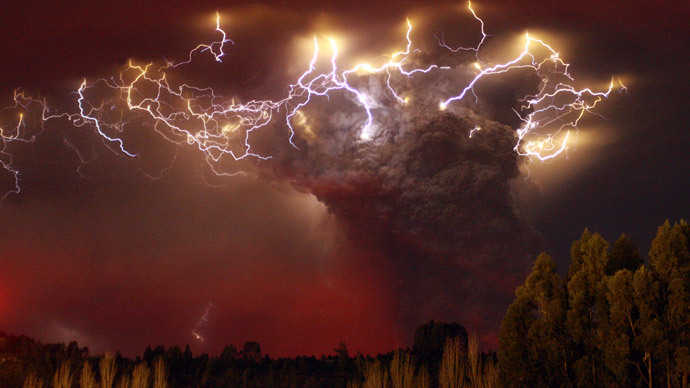 Is the CIA using weather modification as a weapon?

A US scientist spoke to RT saying he is worried intelligence bodies could try to use the weather as a weapon. He called on the CIA to open up and be more transparent, and wants research to be conducted globally to limit the possibility of hostile use.

Professor Alan Robock is wary that US government agencies are interested in funding climate change research to see if new technologies could help to turn the weather into potential weapons.

He cited the example of putting a cloud in the stratosphere like those formed from volcanic eruptions, which could be used to try and tackle global warming. He said this would reflect sunlight and cool the Earth, while it would be very cheap and quick, but it would produce a lot of side effects.

One such problem with this technology is it could potentially block sunlight from reaching a certain country if carried out on a large scale. One just has to look back at the effects the eruption of Mount Krakatoa in 1883 had on the Earth’s weather patterns. The following four years were unusually cold, while heavy snowfalls were recorded around the globe.

“We can’t think of any way how you could control the climate in one part of the world without controlling the whole world. Putting clouds in the stratosphere would have a global effect and not a local effect. It is difficult to think how this could be weaponized, but maybe this is something they want to think about that,” he told RT.

The climate scientist from Rutgers University also mentioned that members of US intelligence services, who are interested to tap into his expertise on climate control, have approached him.

“A couple of years ago I got a call from a couple of guys who said they were working for the CIA,” he said. “They asked if some other country was trying to control our climate, would we know about it?”

Robock immediately thought the opposite, that the CIA were in fact asking him whether if the US was controlling someone else’s climate, would they know about it.

“I don’t know what motivates the CIA,” Robock said. “I guess they want to protect the United States.”

He also mentioned that the CIA was partially behind the funding of a report that was released last week by the US National Academy of Sciences. The intelligence body urged more research to be carried out into climate control so that if policy makers are ever tempted to take this further, they will have a much better idea about the risk and benefits.

However, Robock has also called on the CIA to be more transparent and open regarding their interest in climate control.

“I think this research should be out in the open and it has to be international so there won’t be any question that this technology will used for hostile purposes,” The Guardian reported the scientist as saying.

The use of the weather as a weapon is banned under the Environmental Modification Convention, which came into force in October 1978. However, certain world leaders have accused the US of breaking this protocol in the past.

The US’s High Frequency Active Auroral Research Program (HAARP) has also been criticized for playing a role in climate alteration. In 2010, the then president of Iran, Mahmoud Ahmadinejad, said the facility was responsible for devastating floods in Pakistan. He gave this pronouncement from the rostrum at the UN General Assembly.

READ MORE: Research center or weather weapon? US military is shutting down HAARP

The same year the now-deceased Venezuelan leader Huge Chavez claimed that experiments at the HAARP facility triggered the powerful Haiti earthquake, which happened when the Caribbean and North American tectonic plates shifted alongside a previously unmapped fault.

The US armed forces have altered the weather before to help them militarily. During the 1960s, an operation named Project Storm Fury saw researchers apply various particles to a thunderstorm to try and make it less destructive.

Similar technologies were used during the Vietnam War, when particles were added to clouds along the Ho Chi Minh trail in a bid to increase rainfall along this section and make it difficult for Vietnamese forces to move weapons and troops, due to the paths becoming too muddy, spending $21 million on the project, the New York Times reports.