This Changes Everything: Naomi Klein Is Right, Unchecked Capitalism Will Destroy Civilization 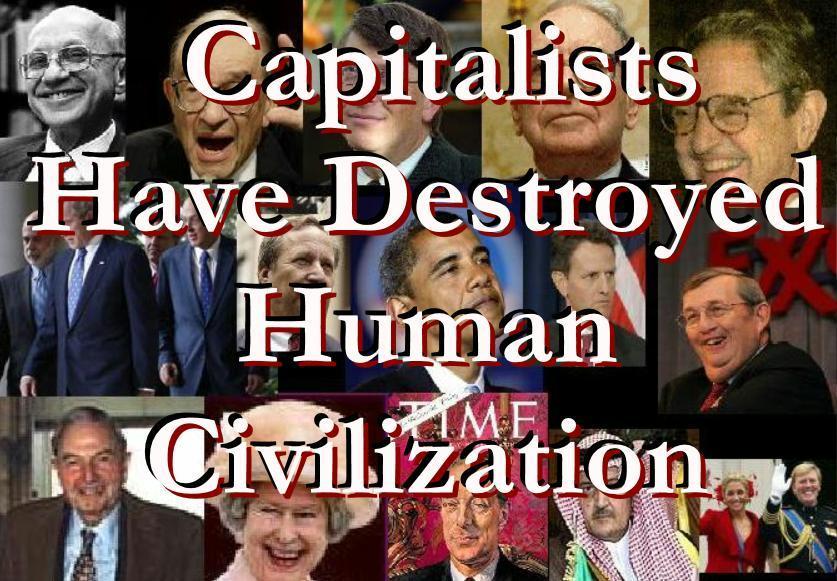 This Changes Everything: Naomi Klein Is Right, Unchecked Capitalism Will Destroy Civilization

Best-selling progressive journalist Naomi Klein has an important new book out, “This Changes Everything: Capitalism Vs. The Climate.” The author of “No Logo” and “The Shock Doctrine” now “tackles the most profound threat humanity has ever faced: the war our economic model is waging against life on earth,” as the book jacket aptly puts it.

In diagnosing the unprecedented existential threat humanity faces thanks to our myopia and unbridled greed, Klein has three essential points to make:

As an aside, readers may remember that I don’t always agree with Klein on either substance or messaging. And obviously I have quibbles with her book — in particular I am skeptical of some elements of her proposed “cure” (and how she frames them) as I’ll discuss in a later post. But in fairness to Klein, our 25-year dawdling has made the diagnosis (and prognosis) unimaginably graver and thus made all cures look politically implausible, as the pessimistic, do-little “eco-modernists” keep pointing out far too gleefully.

To anyone who thinks attacking unchecked capitalism is not a winning message (when done correctly), I’d urge you to read the adviceof Frank Luntz, the GOP’s top messaging guru, on the subject: “don’t say capitalism” because Americans “think capitalism is immoral.”

The great value in the book lies in Klein’s understanding and elaboration of the three essential points above. Indeed I’m not certain any other book has so clearly spelled out these points. And yet these three points are, arguably, the most important ones for climate hawks, for the (misnamed) “intelligentsia” — indeed, for all homo sapiens — to understand at a deep level, since they clarify the choices we now face in the actions we must now take.

Let’s look at them in turn.

Anyone would expect a far worse diagnosis and far more limited/radical treatment options from your doctor if — for a quarter century — you kept ignoring her increasingly strong recommendations to change your diet as you kept gaining weight and your prediabetesfinally became full-blown Type 2 diabetes.

So nobody can profess shock that our situation is much worse and our options for preserving a livable world are far more limited after ignoring thousands of the world’s leading climate “doctors” for more than two decades. Klein quotes leading climatologist Michael Mann:

“There is a huge procrastination penalty when it comes to emitting carbon into the atmosphere”: the longer we wait the more it builds up, the more dramatically we must change to reduce the risk of catastrophic warming.

Klein’s 566-page book does not have a great deal of science in it. It is clearly for those who accept climate science. I might have preferred a little more detail on why allowing 4°C (7°F) warming — let alone why the 6°C (11°F) warming we are currently headed toward — is not a rational or moral option.

That said, a lot of other people have laid out that science in great detail. Indeed if it weren’t for the massive denial campaign, the gross miscoverage/undercoverage of climate change by the media, and the blinkered obsession with deck-chair-rearranging by opinion makers, one would say the perilous nature of our situation is mind-numbingly obvious:

As you’d expect with the subtitle, “Capitalism Vs. The Climate,” the book focuses on a critique of modern capitalism, which Klein generally refers to as “deregulated capitalism.” Klein isn’t calling for an end to capitalism, just an end to the rapacious, self-destructive version it has evolved into.

Klein also takes on deregulated capitalism’s close relatives and accomplices, such as globalization, materialism, hyper-consumerism, and the conservative theory of (non)governance. Indeed she explains that the opening chapters will show:

… the real reason we are failing to rise to climate movement is because the action required directly challenge our reigning economic paradigm (deregulated capitalism combined with public austerity), the stories on which Western cultures are founded (that we stand apart from nature and can outsmart limits), as well as many of the activities that form our identities and define our communities (shopping, living virtually, shopping some more).

These are Klein’s bête noires and areas of expertise. I’m not going to summarize her arguments here in part because reading her thoughts on these subjects is probably the primary reason for buying the book. I can’t do them justice and also it would be hard to avoid quibbling with her history in the areas where we slightly disagree.

What matters most is Klein’s core argument that unchecked capitalism will lead to catastrophe. This is an argument I also make (albeit in a different way). In 2009, I detailed how humanity constructed the grandest of Ponzi schemes, whereby current generations have figured out how to live off the wealth of future generations. New York Times columnist Tom Friedman quoted me:

“We created a way of raising standards of living that we can’t possibly pass on to our children,” said Joe Romm, a physicist and climate expert who writes the indispensable blog climateprogress.org. We have been getting rich by depleting all our natural stocks — water, hydrocarbons, forests, rivers, fish and arable land — and not by generating renewable flows.

“You can get this burst of wealth that we have created from this rapacious behavior,” added Romm. “But it has to collapse, unless adults stand up and say, ‘This is a Ponzi scheme. We have not generated real wealth, and we are destroying a livable climate …’ Real wealth is something you can pass on in a way that others can enjoy.”

Unchecked capitalism is a Ponzi scheme that must collapse.

3. The moral of our story

Klein argues that the successful social movements were won not on economic grounds, but on moral ones. As Salon put it last year, “Once third-rail issues transform into moral imperatives, impossibilities sometimes surrender to new realities.”

Klein concludes that while it’s important to make economic arguments that immediate climate action is far more cost-effective than inaction followed by attempts at adaptation:

But we will not win the battle for a stable climate by trying to beat the bean counters at their own game…. We will win by asserting that such calculations are morally monstrous, they imply there is an acceptable price for allowing entire countries to disappear, for leaving untold millions to die on harsh land, for depriving today’s children of their right to live in a world teeming with the wonders and beauty of creation.

The crucial nature of the moral argument is one that many are starting to make. Theimmorality of inaction is a point we simply cannot make too often.

From a messaging perspective, the notion that climate inaction is immoral is one that matches the public’s view of capitalism as we know it today. Back in 2011, Frank Luntz acknowledged that latter point at a Republican Governors Association meeting. Indeed it was his top point:

1. Don’t say ‘capitalism.’
“I’m trying to get that word removed and we’re replacing it with either ‘economic freedom’ or ‘free market,’” Luntz said. “The public … still prefers capitalism to socialism, but they think capitalism is immoral. And if we’re seen as defenders of quote, Wall Street, end quote, we’ve got a problem.”

Note that Luntz would never say the the public thinks “capitalism is immoral” without having done extensive polling and focus groups.

So unchecked capitalism is immoral and will destroy civilization as we know it. How should it be changed? I’ll discuss Klein’s remedy in Part 2.