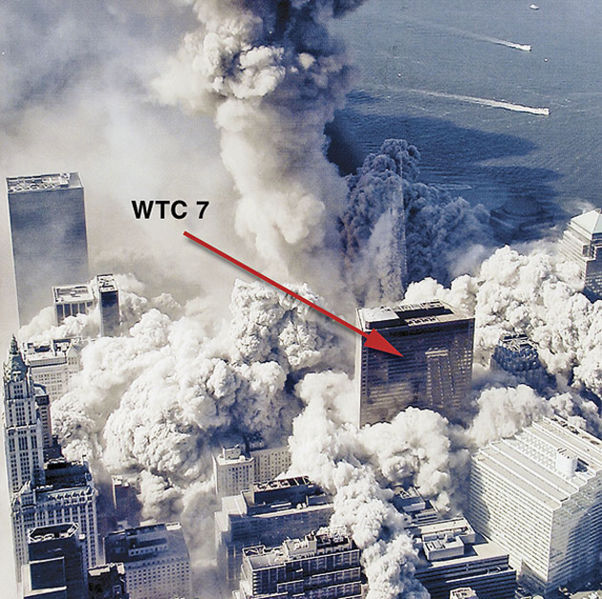 Many 9/11 conspiracy theories surfaced shortly after the September 11th attacks — some bringing compelling arguments and some not holding up at all. Theorists believe that the World Trade Center buildings were demolished by bombs, phone calls from the planes were made up, and the former President George W. Bush secretly profited from the attacks.

Here, NewsOne has compiled a list of the 11 most compelling 9/11 conspiracy theories that exist:

1. Inside Traders Knew About Attacks Before They Happened

Right before the September 11th attacks, some fishy business happened within the stock market and insurance firms. An “extraordinary” amount of put options were placed on United Airlines and American Airlines stocks, the same airlines that were hijacked during the attacks. Many speculate that traders were tipped off about the attacks and profited from the tragedy. The Securities and Exchange Commission launched an insider trading investigation in which Osama Bin Laden was a suspect after receiving information from at least one Wall Street Firm.

2. Air Defense Was Told To ‘Stand Down’

In the event that a airplane were to be hijacked, the North American Aerospace Defense Command (NORAD) is prepared to send out fighter jets which can debilitate or shoot down an airplane. On 9/11/01, NORAD generals said they learned of the hijackings in time to scramble fighter jets. Some skeptics believe NORAD commanded defense systems to “stand down” because of their lack of presence during the attacks.

The World Trade Center collapse appeared similar to a controlled demolition. Many speculate that the towers were in fact blown down with explosives placed in selected locations. Some witnesses accounted hearing explosions inside the building as they attempted to escape. Many architects and scientists even maintain that a plane’s fuel cannot produce enough heat to melt the steel frame of the two buildings that collapsed.

The Pentagon crash may be the most-puzzling event of the day. Theorists maintain that the impact holes in the pentagon were much smaller then a commercial American Airlines plane. They also question why the plane was not shot down prior to impact as well as why the plane impacted in to a section of the Pentagon that was vacant due to renovations.

6. Hijackers Are Alive. How Did Their Passports Survive Explosion?

After the September 11th attacks, the “Loose Change” documentary stated that all of the hijackers were in fact alive in other countries. Rather presumptuous since it is possible for two different people to have identical names. But they did raise a good point; how did the passports of the terrorists survive the explosion? In the aftermath of the attacks, passports and identification were found as evidence. Many skeptics question how identification made out of paper survived an explosion, which destroyed buildings.

7. Cell Phone Calls Made From Plane Were Faked

In flight calls were made from cell phones in hi-jacked airplanes. Scientists and skeptics maintain that cell phones could not receive reception from the altitude the planes typically fly at. Other skeptics questioned a phone call from a son to his mother, in which he referred to himself by his own first and last name.

Theorists noticed that 4,000 Jewish employees took off from work on September 11, 2001. Some of the first people to record the attacks on camera were Jewish also. Many became suspicious of there actions and put them on the radar as suspects in the wake of the attack.

During the ensuing weeks after the attacks, the black boxes were one of the most-important items to find. They were the only evidence in to what happened inside the cockpits of the plane. Three of 4 black boxes were found and only one was in good enough condition to listen to. The tape was not initially released but was shared with the families in 2002. Skeptics believe the tapes were not disclosed in order to support the secret scheme.

10. The Bin Laden Tapes Are Fake

Initially, Osama Bid Laden denied any responsibility or involvement with the attacks. Soon afterward, numerous tapes came out claiming that he took full responsibility on the attacks. Many skeptics believe that Bin Laden was targeted because of his stakes in the stocks as well as former President George W. Bush’s personal business ventures in the Middle East.

Commercial airplanes’ frames are constructed with a very light aluminum material in order to make it easier to fly. Theorists maintain that there is no possible way an airplane can do as much damage as it did to the Twin Towers as it did. Theorists believe that missiles or explosives were used to ensure the buildings collapsed.

Twelve years after the attack, we may never know the entire story but we will always remember the people who we lost on this tragic day.