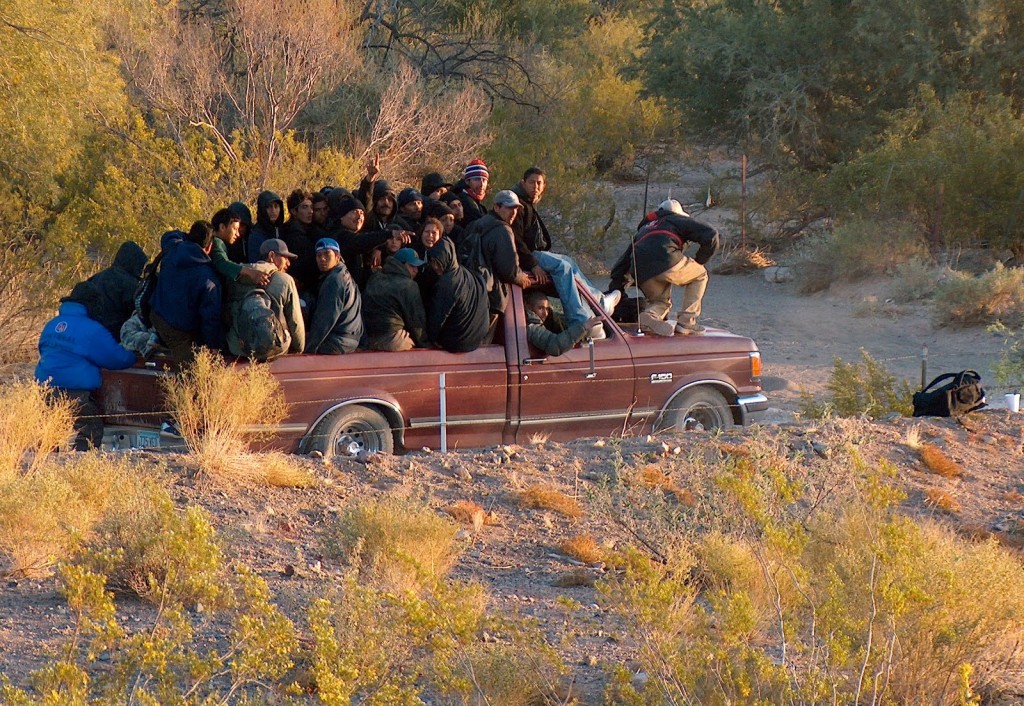 WICHITA, KAN.  — Republican Sen. Pat Roberts blamed drug cartels on Monday for the recent flood of Central American immigrant children, saying the cartels have spread false information about a program that protects the youths from deportation as an enticement to get more people into the U.S. to work for their drug operations.

Roberts made the claim at the annual convention of the Kansas Independent Oil and Gas Association after an audience member suggested to the state’s congressional delegation that Republicans need to take a “softer line” on immigration if they want to advance the rest of their conservative agenda.

The U.S. senator from Kansas explained in an interview afterward that he was not referring to all the 66,000 Central American immigrants who have created a crisis on the Texas border, but to “a lot of people” 16 years old and up to about 22 who are coming in with that influx.

“They become the so-called mules to expand their drug operations in the United States,” Roberts said.

He said it is the drug cartels in those Central American countries that put out the false information that the immigrant children would be allowed to stay in the U.S. under Obama’s 2-year-old directive Deferred Action for Childhood Arrivals, or DACA, which granted work permits to certain immigrants brought to the country illegally as youths.

Pressed about his proof or the basis for his assertion, Roberts replied that it was “pretty common knowledge,” and said that the governments in those Central American countries had told the United States the misinformation was a drug cartel effort.

“They put out a lot of information that was just simply not correct — it was an enticement for people to leave countries that are war-torn and where people do not believe there is an opportunity to succeed,” he said.

Roberts also cited estimates the number of Central American immigrants will grow to 100,000 if the U.S. doesn’t respond.

“It’s a humanitarian problem, it’s a border problem and it’s a criminal problem with regards to drug cartels — all wrapped up into one,” he said. “A very difficult situation.”

U.S. Rep. Lynn Jenkins, also a Kansas Republican, told the audience at the KIOGA gathering that the comprehensive immigration bill passed by the Senate was “just unacceptable” in the House because it looked a lot like amnesty. The House then considered taking a step-by-step approach to immigration beginning with securing the border first, and Republicans had a “family discussion” earlier this year on it, she said.

“What it came down to is we decided to not pursue that agenda because there is a trust deficit in Washington,” Jenkins said. “We pass bills, we don’t pass suggestions and then watch this administration rewrite laws. … We could pass the most perfect, ironclad immigration that we think the majority of Kansans and Americans would support and you know what, the guy in the White House will just do something entirely different.”

Obama announced in June that congressional efforts to remake the nation’s dysfunctional immigration system were dead and he would proceed on his own authority to fix the system where he could.