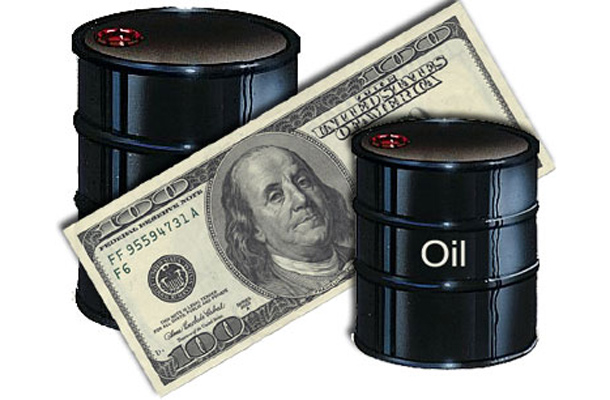 Aug. 27 will officially go down as a red letter day in the history of reserve currencies and dollar hegemony in how oil and gas are purchased throughout the world.

In a new announcement from the Russian business media source, Kommersant, Gazprom has conducted the first sale of oil in a currency other than the dollar, and will henceforth open their purchase window to accept both Roubles and Yuan for the exchange of oil and gas products.

Beginning today with an 80000 ton oil shipment from their Arctic fields, Gazprom Neft agreed to new terms on the sale and transfer of oil through the Eastern Siberian-Pacific Ocean pipeline (ESPO) to China, and facilitating the future sale of oil and gas to both Europe and China through a currency other than the dollar.

And although this is not the first real transaction for oil done outside the petro-dollar, as this occurred covertly by Iran for gold during the days of economic sanctions, it is the first official global offering by a major oil producer and will likely bring an end to the solitary system of nations being forced to buy dollars first before buying oil from producers such as OPEC and Russia.

The Russian government and several of the country’s largest exporters have widely discussed the possibility of accepting payments in rubles for oil exports. Last week, Russia began to ship oil from the Novoportovskoye field to Europe by sea. Two oil tankers are expected to arrive in Europe in September.

According to Kommersant, the payment for these shipments will be received in rubles.

Gazprom Neft will not only accept payments in rubles; subsequent transfers via the ESPO may be paid for in yuan, the newspaper reported.

According to the newspaper, the change in currency was made because of the Western sanctions against Russia.

As a protective measure, Russia decided to avoid making its payments in US dollars, which can be tracked and controlled by the United States government, Kommersant reported. – RiaNovosti

Russia and China had already long been in the works to supply one another with oil, energy, and other trade goods outside the dollar through a historic energy agreement made in late May of this year.

However, the irony in all of this is that the move to enlarge this method of payment for oil to accommodate global transactions was only accelerated because of U.S. imposed sanctions, which were done in an attempt to isolate Russia, and tear down their economy.

The days of the dollar remaining the global reserve currency took a sharp hit today, and the ramifications of Russia’s new move for selling oil in both Roubles and Yuan are just beginning.

And since there is over $17 trillion in U.S. dollars afloat and in nations outside the U.S. kept on reserve for the primary purpose of buying oil and natural gas, as more and more countries migrate to the East and find it far more inexpensive and efficient to no longer use the dollar and SWIFT systems to supply their energy needs, then these dollars will soon come crashing back to American shores, and the inflation America has exported offshore for decades will come rudely back and suddenly hit U.S. consumers and our financial system.