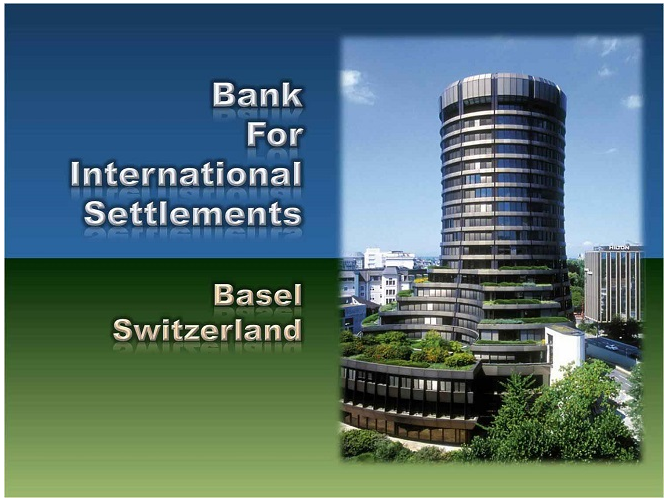 The mysterious Belgian bond buyer who recently “stepped up” to match the U.S. Treasury’s taper almost dollar for dollar could be one of five suspects, according to an excellent and not overly technical article by Gordon Long. He provides a run down on the delusional markets and monetary policy malpractice. In Treasuries, he proposes off balance sheet swaps involving actors like the People’s Bank of China; however, I would rule China out because I don’t believe they are cooperating with U.S. manipulations any longer. In fact, quite the opposite.

The ECB might very well be involved because so much of the eastern and central European carry trade borrowing is in terrible shape. But such intervention would only be temporary. I would say it is the Fed and the BIS (not the IMF), but with a twist. The BIS is essentially the Rothschild banking control grid. Although the motive could in part be stopping an implosion, there is also a huge money laundering opportunity to convert ill-gained proceeds into marketable U.S. dollar securities.

These entities handle or conduit trillions of dollars of dirty money (drugs, human,  sex and arms trafficking, product counterfeiting and extortion rackets) and most observers greatly underestimate its impact. Fleecing by capture of governments has become a primary funding source of these transnational operations. Government operatives are in league with these loots.

There is little if any media reporting on these operations, as the media itself is likely controlled, bought off or compromised. Law enforcement administers only slaps hand. When “serious” fines are imposed, it is usually geo-politically motivated or Iran related.

This is a historic opportunity for the cabal, through the BIS bankster network, to take the criminal stashes sitting in the offshore banking system and conduit it into U.S. Treasuries under the “Belgian guise.” The old “flying money” method is no longer necessary, and laundering of the offshore funds becomes all too easy and low cost. In fact, this money laundering opportunity is currently encouraging a fresh expansion of criminal activity into Obamacare. Other opportunities await in profitable, open-border, migrant trafficking that has been arranged with the Central American gangs.

The following chart shows dollar values of various illicit activities and markets as estimated in 2011. Note that it doesn’t include government fleecing and insider crime. I strongly believe all of has and will continue to expand exponentially.