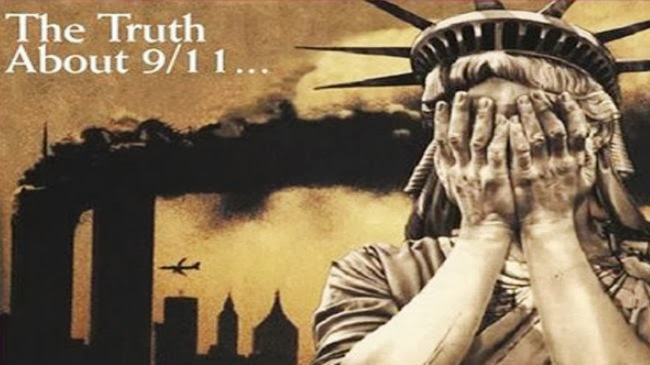 Fury as academics claim 9/11 was ‘inside job’

(Daily Mail Reports) – The 9/11 terrorist attack on America which left almost 3,000 people dead was an “inside job”, according to a group of leading academics.

Around 75 top professors and leading scientists believe the attacks were puppeteered by war mongers in the White House to justify the invasion and the occupation of oil-rich Arab countries.

leading scientists say the facts of their investigations cannot be ignored and say they have evidence that points to one of the biggest conspiracies ever perpetrated.

Professor Steven Jones, who lectures in physics at the Brigham Young University in Utah, says the official version of events is the biggest and most evil cover up in history.

He has joined the 9/11 Scholars for Truth whose membership includes up to 75 leading scientists and experts from universities across the US.

Prof Jones said:  We don’t believe that 19 hijackers and a few others in a cave in Afghanistan pulled this off acting alone.

“We challenge this official conspiracy theory and, by God, we’re going to get to the bottom of this.”

In essays and journals, the scientists are giving credence to many of the conspiracy theories that have circulated on the internet in the past five years.

They believe a group of US neo-conservatives called the Project for a New American Century, set on US world dominance, orchestrated the 9/11 attacks as an excuse to hit Iraq, Afghanistan and later Iran.

The group says scientific evidence over the attacks on the World Trade Centre and the Pentagon is conclusive proof.

Professor Jones said it was impossible for the twin towers to have collapsed in the way they did from the collision of two aeroplanes.

He maintains jet fuel does not burn at temperatures high enough to melt steel beams and claims horizontal puffs of smoke seen during the collapse of the towers are indicative of controlled explosions used to bring down the towers.

The group also maintains World Trade Centre 7 – a neighbouring building which caught fire and collapsed later in the day – was only partially damaged but had to be destroyed because it housed a clandestine CIA station.

Professor James Fetzer, 65, a retired philosopher of science at the University of Minnesota, said: “The evidence is so overwhelming, but most Americans don’t have time to take a look at this.”

The 9/11 Commission dismissed the numerous conspiracy theories after its exhaustive investigation into the terror attacks.

Subsequent examinations of the towers’ structure have sought to prove they were significantly weakened by the impact which tore off fire retardant materials and led the steel beams bending under heat and then collapsing.

He said: “To plant bombs in three buildings with enough bomb materials and wiring? It’s too huge a project and would require far too many people to keep it a secret afterwards.

“After every major crisis, like the assassinations of JFK or Martin Luther King, we’ve had conspiracy theorists who come up with plausible scenarios for gullible people. It’s a waste of time.”

But University of Wisconsin assistant professor, Kevin Barrett, said experts are unwilling to believe theories which don’t fit into their belief systems.

He said: “People will disregard evidence it if causes their faith to be shattered. I think we were all shocked. And then, when the voice of authority told us what happened, we just believed it.”

A Physics Professor Speaks Out on 9-11: Reason, Publicity, and Reaction

Russia Today Declares ’9/11 Was An Inside Job’