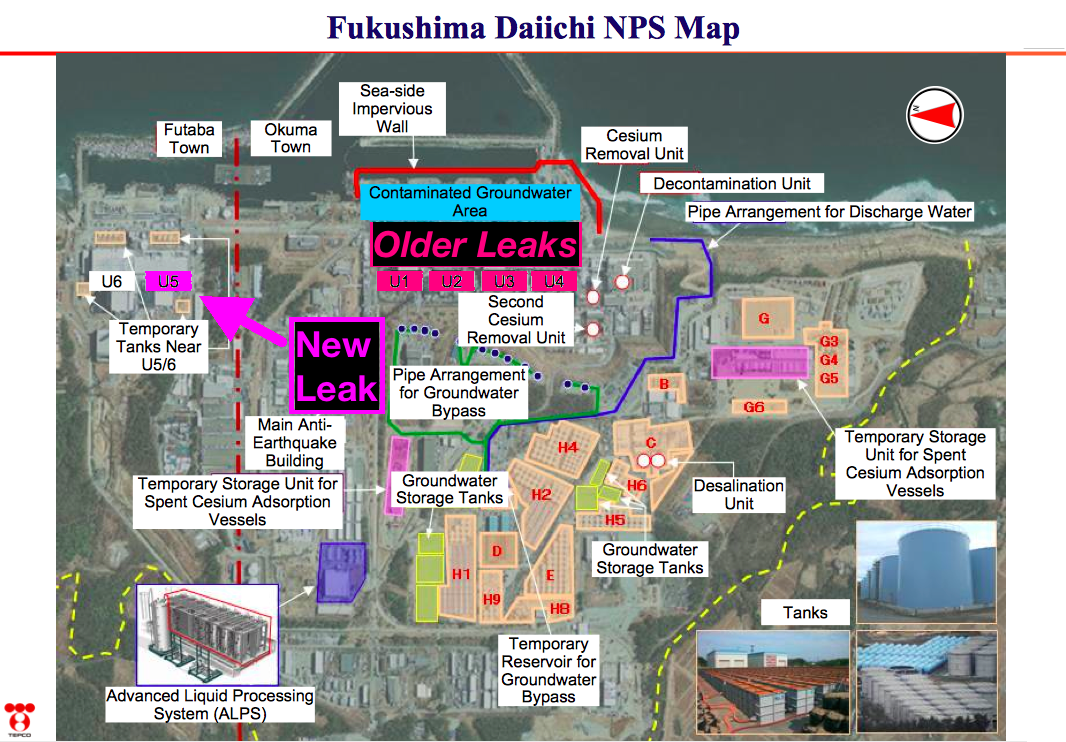 Japan Newspaper: Leaks plaguing Fukushima No. 5 reactor — Experts: Indicates “deterioration in the system” — Report: Water contains up to 3,000 Bq/liter of Cobalt-60, had been used to cool spent fuel (PHOTOS)

Asahi Shimbun, July 20, 2014: Water leaks continue to plague No. 5 reactor at Fukushima plant— A leak of radioactive water was found in the piping of water used to cool the spent fuel pool […] a sign of possible deterioration in the system. [TEPCO] said water from the cooling pond leaked […] TEPCO employee found a pool of water in each of two boxes–75 centimeters by 50 cm–that house a control valve in the cooling water piping system on the fifth floor […] The water had collected to a depth of 9 cm in one box and 18 cm

in the other. The water contained 2-3 becquerels of cobalt 60 per cubic centimeter [2,000 to 3,000 Bq/liter], according to the utility. This particular piping section has been unused since July 6, when a similar leak was discovered at another section. Experts say the continuing leaks indicate that valves are deteriorating, and that the utility’s inspections are inadequate. […] the pumping of cooling water was temporarily halted after a leak in a similar piping system [inside the No. 6 reactor building] was detected on July 11.

TEPCO official: “We are aware that our approach proved to be lax as we were unable to detect the problem until the leak occurred. We are reviewing the way checks should be conducted.”