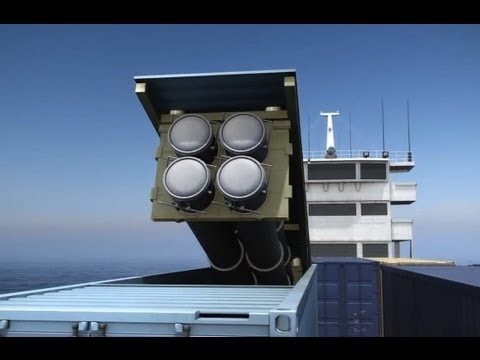 Advanced U.S. satellites played a key role in the determination by intelligence officials that a surface-to-air missile shot down a Malaysian jetliner over Ukraine on Thursday.

The assessment was almost certainly based on a technical branch of spycraft known as measurement and signature intelligence, or MASINT, analysts said. The method detects, tracks and identifies a variety of electronic signatures, including radar.

The U.S. operates fleets of listening satellites and early warning satellites that could have identified the location of a missile launch site and its trajectory as it shot up to the 33,000-foot cruising altitude of the Malaysia Airlines Boeing 777.

The Pentagon would have detected the launch because of its heat signature, said Riki Ellison, founder and chairman of Missile Defense Advocacy Alliance, a group that lobbies for missile defense spending.

The U.S. Air Force has satellites in high-Earth orbit that use infrared sensors to detect heat from missile and booster plumes against Earth’s background. Called the Defense Support Program, the system provides early warning for intercontinental ballistic missile launches.

The satellites are sensitive enough to sense hot spots in forest fires, according to the Air Force.

U.S. radar installations and other assets in the region would assist in tracking any surface-to-air missile, which Ukrainian officials have said probably came from a Russian-made Buk system. The information would be relayed to U.S. European Command, headquartered in Stuttgart, Germany.

“They would have known exactly where it was launched, where it was headed, and the rate at which it was traveling,” Ellison said.

Separately, the U.S. operates sensitive listening satellites that can capture a wide range of electronic emissions from foreign nations’ defense systems, allowing analysts to determine the origin of the signals and the type weapon that was used.

For instance, the Buk missile uses a strong radar search and tracking system to find its targets and then helps guide a missile to the target. At some point in its flight, the missile begins to use its own radar system, emitting a unique signal.

The combination of unique signals over a period of seconds or minutes would allow a U.S. satellite to triangulate the point of launch and track the trajectory of the missile.