Argentina hours away from bond default 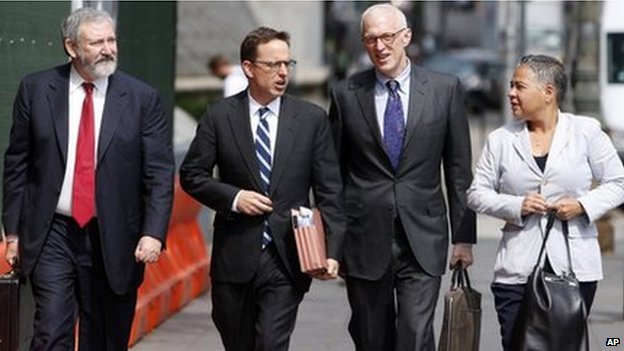 Argentina hours away from bond default

Argentina’s economy minister is expected to return to the negotiating table on Wednesday in a last-ditch attempt to prevent the country defaulting on its bonds.

A US judge has ruled that the “hold-outs” must be paid by Wednesday night if no deal is agreed.

But thousands of miles away in Buenos Aires, many are sceptical that there can be any agreement.

Out of media player. Press enter to return or tab to continue.

Argentine woman: “It gets harder to make ends meet.”

The government’s rhetoric has been clear.

The “hold-outs” are US hedge funds that bought debt on the cheap during Argentina’s darkest hours and never agreed to restructuring.

What makes the problem worse is that if the “hold-outs” get their way, other bondholders who agreed to take cuts of up to 70% in what they are owed may also demand full repayment.

Ask people on the street about their view on Argentina’s debt troubles and most admit it is too complicated for them to understand.

But the two words they do know are “fondos buitres” – “vulture funds” in Spanish.

When we finally had the money, because of devaluation, we could only buy a car for the same quantity of money we had for a house”

Despite the defiant tone of the government, many people seem resigned. Argentina has defaulted before and it will do it again.

I met Carina Etchegaray, the mother of two children aged 14 and 16.

When Argentina last defaulted at the end of 2001, she lost huge amounts of savings.

She had wanted to buy a house for her young family. But at the end of 2001, the government introduced what was known as the “corralito”. It literally means a small enclosure in Spanish, but refers to when the government partially froze bank accounts and people were stopped from taking money out.

“When we finally had the money, because of devaluation, we could only buy a car for the same quantity of money we had for a house,” she says.

But she is also practical.

“We live with this shadow of crisis. You have to continue with your life because you have children and have to work.

“You have to adapt – in this country, it’s the way of life.” 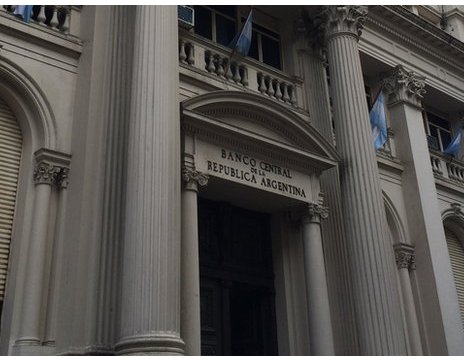 And that is what entrepreneur Federico Dumas is doing too – but not in the way that Argentina would hope.

He has a software company, but says he is not investing as he would like to.

“I’m afraid of everything and my customers are not willing to invest, so that will affect my business,” he says, adding that he is hopeful Argentina’s problems will be solved reasonably.

“But if the country goes into default, I’m very afraid of what’s going to happen to my business and my employees.”

Default or not, when I met Guillermo Neilsen, the man who led the negotiations when the country was restructuring its debts in 2005, he said what is happening in Argentina is something he had never foreseen.

Default
Strictly speaking, a default occurs when a borrower has broken the terms of a loan or other debt, for example if a borrower misses a payment. The term is also loosely used to mean any situation that makes clear that a borrower can no longer repay its debts in full, such as bankruptcy or a debt restructuring.A default can have a number of important implications. If a borrower is in default on any one debt, then all of its lenders may be able to demand that the borrower immediately repay them. Lenders may also be required to write off their losses on the loans they have made.

“I never imagined this – not in my wildest dreams,” he says.

“People, although they were unsatisfied and they were very tough negotiations, they knew that Argentina was not able to pay, so that’s a very big difference.

“Today, Argentina has the money – back then, we didn’t have the money. In my own perception, I think the incoming negotiations are going to be much tougher than the ones we had to go through.”

His worry is that if the country defaults, it could trigger what is known as an acceleration clause.

It would mean creditors could make Argentina repay bonds within a much shorter timeframe than previously set out. That, he says, is a real concern.

But all this is speculation. With just a few hours to go, no decisions have been made and it is all still talk.

The detail of what has been discussed is still unclear. As people here say, the Argentine way of doing things will mean talks until the 11th hour.

The vultures will keep circling until then.