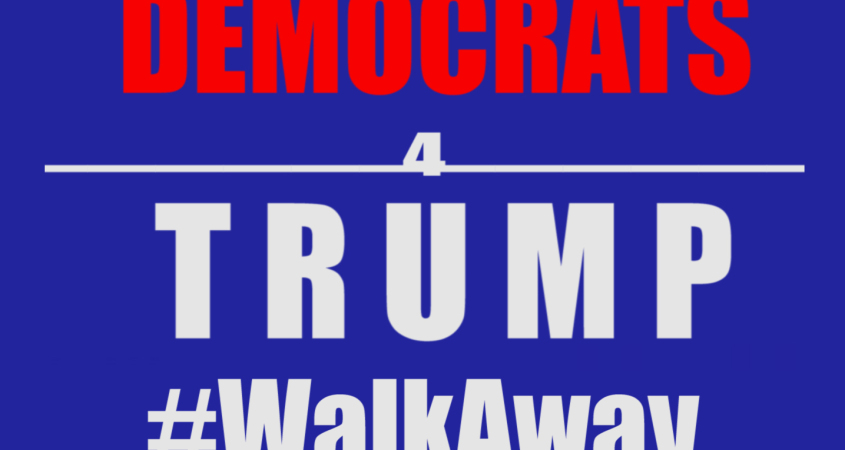 An Open Letter from a Walkaway

I have sat by and watched this ridiculous election spectacle and can remain silent no longer.

First, let me say that Joe Biden did not receive my vote.  And I was a lifelong Democrat.  I am a recent walkaway, however.

Biden did not receive the vote from most of my family and friends, most of whom were long-time Democrats.

Living in a blue county, I also know that Biden did not do well with some of the groups that always vote Democrat.

As a walkaway Democrat, many of my friends felt comfortable sharing with me their true feelings about the Biden-Harris ticket.

Not only did most of them think Biden was unfit for office, Harris scared the living daylights out of them.

So, on two big counts, traditionally Democrat voters were put off by their candidates.  Like, really put off!

I don’t know how many exactly, but a large number of those Democrats did not vote for Biden-Harris.  Or, they voted for a third-party candidate as a protest vote.

I do know that a surprising number voted for Trump, especially because of his stated positions on “law and order”.  Biden’s hand’s off approach, where he even condoned the violent ‘peaceful protests’, deeply alienated many law-abiding Democrats.

Then there are numerous liberal voters who simply stayed home on Election Day.  How many, God only knows.

Of course, there are those liberals with bad TDS who couldn’t wait to vote 10 times against Trump, which they probably did.

Nevertheless, the number of super disenchanted Democrats reached an all-time high this campaign season.  And there’s no doubt about that.  Most only voted for Biden to get Trump out—period!

The point is that, when you add up so many disillusioned voters on the Left, it’s impossible that Biden got nearly 80 million votes.

When you consider that the vast majority of Democrats had to hold their noses while voting for Biden whereas they could not wait to cast a ballot for Obama, something doesn’t add up.

But the real kicker is this: Donald Trump, at the height of his popularity in November of 2016, received only 62,984,828 votes.  Really, given the most excited voting bloc in US history and he got only 63 MIL while an almost comatose Biden busted all the records with approximately 80 MIL.  C’mon man! ! !

Look, the election investigators and vote researchers can slice and dice it anyway they want.  But, at the end of the day — Election Day — Joe Biden and Kamala Harris positively DID NOT RECEIVE UPWARDS OF 80,000,000 votes.  It’s mathematically impossible.

Now, did Biden receive millions of illegitimate votes?  Yes, that’s very likely … … … which is just another reason why I walked away from the Democrat Party… forever.

What follows are the little-known facts of political life in the USA throughout 2020.  In light of the preceding open letter, the penetrating analysis below cannot be denied or ignored.  When each of these data points is considered individually and in the aggregate, it’s becomes evident that “Joe Biden and Kamala Harris positively DID NOT RECEIVE UPWARDS OF 80,000,000 votes”.

Voters are flipping everywhere during the 2020 election cycle, but only in favor of Trump.

Incidentally, there are even some political analysts who think that Kid Pro Quo Hunter flipped on own his dad—FOR REAL!

(Source: TRUMPQUAKE! The Greatest Voting Demographic Shift in U.S. History Is Taking Place In Shortest Period of Time Ever