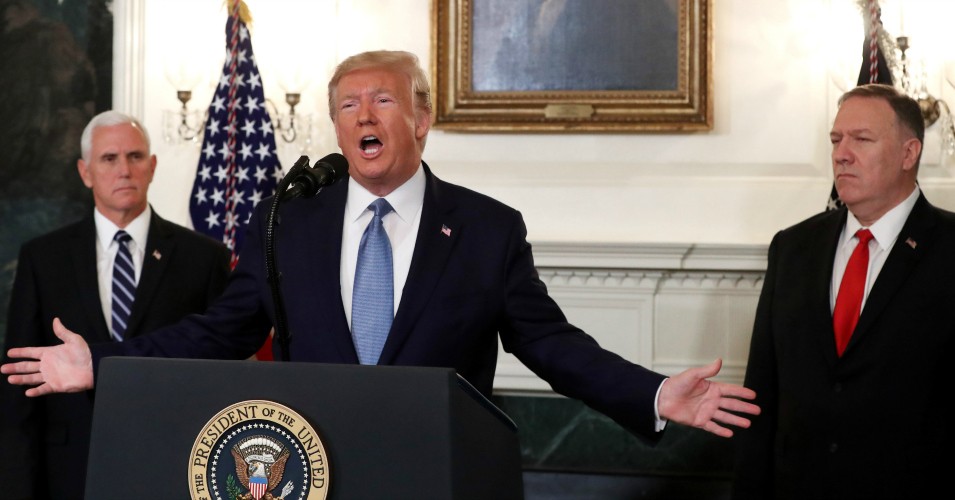 Trump wants to make a deal with Exxon or others to tap Syrian oil: ‘We should be able to take some’

People battle a blaze next to an oil well in an agricultural field in the town of al-Qahtaniyah, in the Hasakeh province near the Syrian-Turkish border on June 10, 2019.  Delil Douleiman | AFP | Getty Images

President Donald Trump on Sunday said he’s interested in making a deal with ExxonMobil or another energy company to tap Syrian oil reserves.

“What I intend to do, perhaps, is make a deal with an ExxonMobil or one of our great companies to go in there and do it properly…and spread out the wealth,” he said.

President Trump has identified Syria’s oil as a U.S. national security priority and has committed to deploying troops to protect the country’s reserves even as he pulls troops from Syria’s northern regions. U.S. Defense Secretary Mark Esper said this week that the U.S. will send in troops to protect Syrian oil fields from Islamic State militants.

Trump has faced heated criticism from both Republicans and Democrats, who have accused the president of abandoning an American ally by pulling troops from the Syrian-Turkish border region. The withdrawal cleared the way for a Turkish military operation against the Kurds, U.S. allies in the fight against the so-called Islamic State, or ISIS.

“The oil is so valuable, for many reasons,” Trump said on Sunday. “It fueled ISIS, number one. Number two, it helps the Kurds – because it’s basically been taken away from the Kurds… And, number three, it can help us, because we should be able to take some also.”

Trump made the comments while announcing the death of Islamic State leader Abu Bakr al-Baghdad following a U.S. military raid in Syria.

In a press conference that followed, U.S. Senator Lindsey Graham of South Carolina supported President Trump’s focus on Syrian oil, when a reporter asked by what “legal right in international law” the U.S. could take Syrian oil.

“This was the chief source of revenue for a long time for ISIS,” Graham said. “It is now in the hands of Syrian Democratic Forces, which are Arabic Kurds, mostly Kurds, with the partnership with the United States. So, no this doesn’t violate any law. In my view, what it does is just good common sense foreign policy.”

“This is a win-win,” he continued. “The SDF will get more money if we can modernize the oil fields.”

President Trump’s former secretary of State, Rex Tillerson, was chairman and CEO of Exxon. The company is currently battling a law-suit that accuses it of misleading investors about the risks of climate change regulations to its business.

Shares of Exxon are up 1.5% through the year, giving it a market capitalization of $293 billion.