Are the globalists using geoengineers, on-the-ground arsonists or both to start the Amazon fires to validate the Global Warming? hoax? 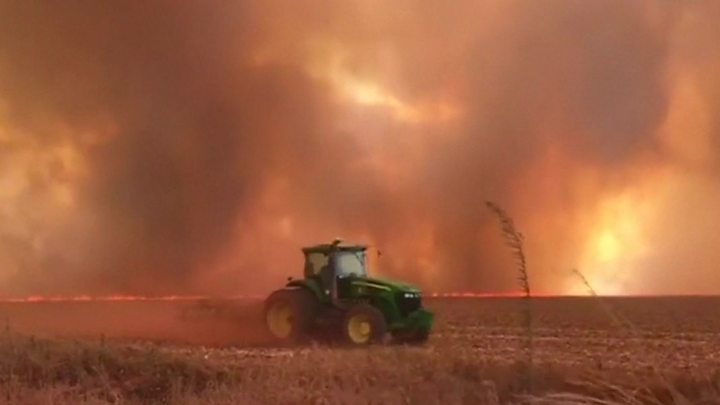 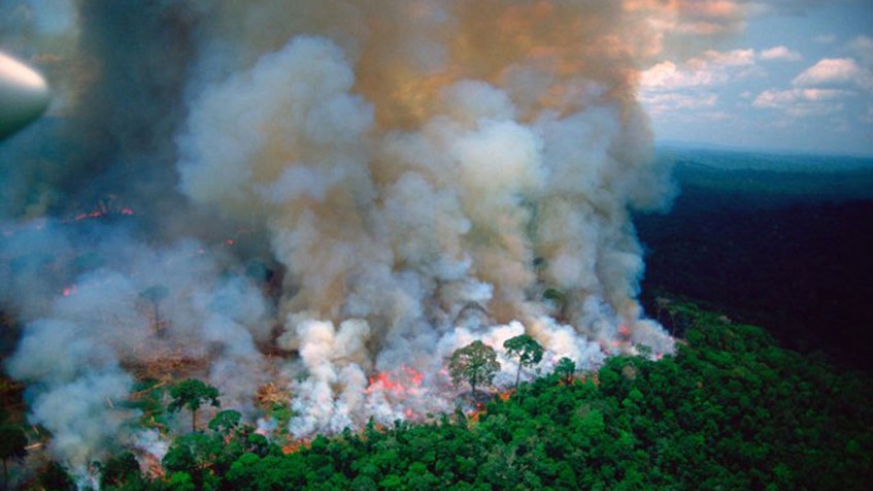 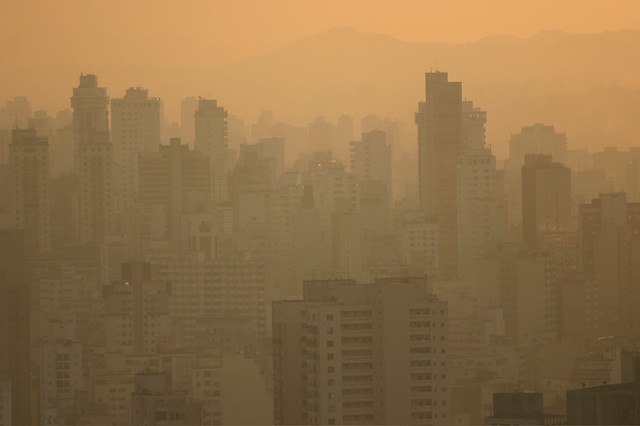 Are the globalists using geoengineers, on-the-ground arsonists, or both to start the Amazon fires to validate the Global Warming hoax?

Amazon fires: ‘Our house is burning’, Macron warns ahead of G7

French President Emmanuel Macron has said the record number of fires in the Amazon rainforest is an “international crisis” that needs to top the agenda at this weekend’s G7 summit.

“Our house is burning,” he tweeted.

He said calls to discuss the fires at the G7 summit in Biarritz, which Brazil is not participating in, evoke “a misplaced colonialist mindset”.

The largest rainforest in the world, the Amazon is a vital carbon store that slows down the pace of global warming.

It produces a fifth of the world’s oxygen and about 20% of its fresh water, according to the World Wide Fund for Nature (WWF).

It is also home to about three million species of plants and animals, and one million indigenous people.

Satellite data published by the National Institute for Space Research (Inpe) has shown an increase of 85% this year in fires across Brazil, most of them in the Amazon region.

Conservationists have blamed Mr Bolsonaro’s government for the Amazon’s plight, saying that he has encouraged loggers and farmers to clear the land.

Mr Bolsonaro has suggested that non-governmental organisations (NGOs) started the fires, but admitted he had no evidence for this claim. In comments on Thursday, he acknowledged that farmers might be involved in setting fires in the region, according to Reuters news agency.

Environmental groups have called for protests in cities across Brazil on Friday to demand action to combat the fires.

What have the leaders said?

Mr Macron, host of this weekend’s G7 summit of some of the world’s most advanced economies, warned that the health of the Amazon was a matter of international concern.

He said he was open to dialogue about the fires if it was “based on objective data and mutual respect”, but hit out at the calls for it to be discussed at the G7 summit. 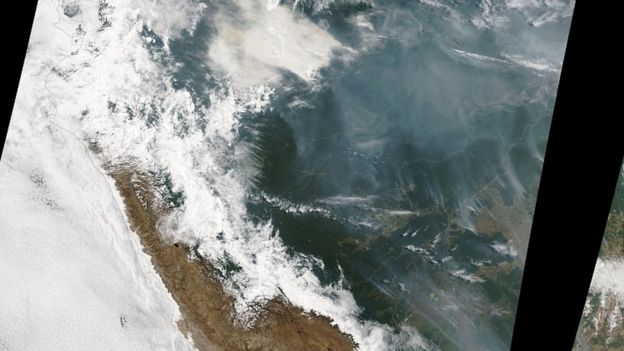 “The French president’s suggestion that Amazonian issues be discussed at the G7 without the participation of the countries of the region evokes a misplaced colonialist mindset, which does not belong in the 21st Century,” he wrote on social media.

UN Secretary-General Antonio Guterres has also said he is “deeply concerned” about the fires in the Amazon.

“In the midst of the global climate crisis, we cannot afford more damage to a major source of oxygen and biodiversity. The Amazon must be protected,” he tweeted.

A new level of dismissal

Brazilian presidents shrugging off international concern about the Amazon is nothing new.

Others before Mr Bolsonaro have dismissed international NGOs and European leaders as foreign meddlers into national affairs.

But Mr Bolsonaro has taken this to a new level by suggesting NGOs may be responsible for encouraging wildfires to sabotage him.

His words may shock some international audiences, but they ring true to his supporters at home, where he remains a popular leader.

Surprisingly the one reproving voice that could influence this debate is that of Brazilian farmers.

One would think that they would support policies to promote more farming in the Amazon. But some agricultural leaders fear Mr Bolsonaro’s poor handling of Brazil’s image abroad could hurt exports of soybeans and beef.

Some farmers have already urged a change of tone from the government. These are voices the president may be open to hearing.

How has Bolsonaro reacted to the fires?

Mr Bolsonaro has said that the country is not equipped to fight the fires. “The Amazon is bigger than Europe, how will you fight criminal fires in such an area?” he asked reporters as he left the presidential residence on Thursday. “We do not have the resources for that.”

During his campaign, Mr Bolsonaro pledged to limit fines for damaging the rainforest and to weaken the influence of the environmental agency.

He also suggested that Brazil could pull out of the 2015 Paris Agreement on climate change, saying its requirements compromise Brazil’s sovereignty over the Amazon region.

Recently he has suggested that NGOs may have started fires as revenge for his government slashing their funding.

When asked if there was any proof of this, he replied: “Did I accuse NGOs directly? I just said I suspect them.”

Mr Bolsonaro has further angered those concerned over the spike in fires by brushing off the latest data.

He argued that it was the season of the “queimada”, when farmers burn land to clear it before planting. However, Inpe has noted that the number of fires is not in line with those normally reported during the dry season.

It is not the first time that Mr Bolsonaro has cast doubt on figures suggesting that the Amazon is deteriorating rapidly.

Last month, he accused Inpe’s director of lying about the scale of deforestation there. It came after Inpe published data showing an 88% increase in deforestation in the Amazon in June compared with the same month a year ago.

The director of the agency later announced that he was being sacked amid the row.

Why is he being criticised?

Climate activists and conservationists have been scathing about the Bolsonaro government and its policies, which favour development over conservation.

They say that since President Bolsonaro took office, the Amazon rainforest has suffered losses at an accelerated rate.

Their anger was further fuelled by satellite data showing a steep rise in fires in the Amazon region this year.

The figures suggest there have been more than 75,000 fires so far this year for the whole of Brazil, compared with just over 40,000 over the same period in 2018.

The figures and satellite images showing most of the state of Roraima, in northern Brazil, covered by smoke have shocked many Brazilians and triggered a global Twitter trend under the hashtag #prayforamazonia.

US space agency Nasa, meanwhile, has said that overall fire activity across the Amazon basin this year has been close to the average compared to the past 15 years.

What causes the fires?

Wildfires often occur in the dry season in Brazil but they are also deliberately started in efforts to illegally deforest land for cattle ranching.

“The dry season creates the favourable conditions for the use and spread of fire, but starting a fire is the work of humans, either deliberately or by accident,” Inpe researcher Alberto Setzer told Reuters news agency.

Ricardo Mello, head of the WWF Amazon Programme, said the fires were “a consequence of the increase in deforestation seen in recent figures”.