Why is Trump pushing more war in Syria? Who’s he really working for? 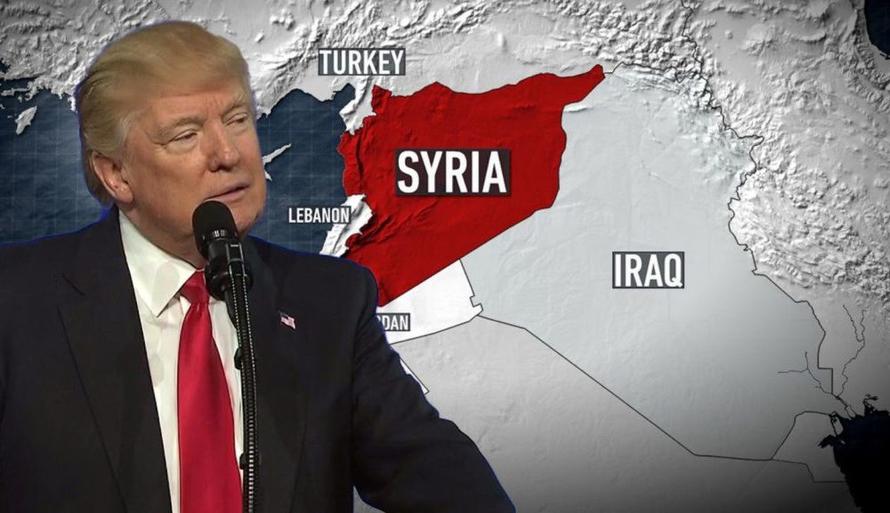 Why is Trump pushing more war in Syria? Who’s he really working for?

Amid an awkward diplomatic row between the UK and US following leaked cables sent from Britain’s ambassador to the United States back to London which described President Trump as “inept,” “insecure” and “incompetent,” the United Kingdom joined France Tuesday in being among the only US allies to heed the administration’s call to bolster forces in Syria.

Notably Germany has rebuffed the US request to deploy additional troops as part of the “anti-ISIS coalition” primarily in Syria’s north and east after US special envoy James Jeffrey told Die Welt’s Sunday edition that,“We want ground forces from Germany to partially replace our soldiers.” This as the Pentagon plans a draw down in line with Trump’s longtime promise to the American public of a “full” and “complete” withdrawal which has been long delayed since last year over concerns that either pro-Assad and Iranian forces or Turkey could fill the vacuum.

The Guardian confirmed the following on Tuesday:

US officials briefed on Tuesday that Britain and France would contribute 10% to 15% more elite soldiers, although the exact numbers involved remain secret.

The decision was first reported in the journal Foreign Policy, which described the development as “a major victory … for Donald Trump’s national security team” because few other countries had been willing to help out.

The US call for increased German presence had reportedly caused deep division in Chancellor Angela Merkel’s ruling coalition, per the AFP:

Discord broke out in German Chancellor Angela Merkel’s ruling coalition Sunday, after the United States urged the country to send ground troops to Syria as Washington looks to withdraw from the region.

The UK has not commented on its own troop numbers in Syria, nor how many more it plans to send, but the bulk are believed to be special forces SAS soldiers.

The White House has of late been putting pressure on European allies to step up presence in Syria so it can essentially finally “declare victory” against ISIS and get out.

Meanwhile, Damascus sees any foreign, US or European presence as “foreign invaders” illegally encroaching on Syrian sovereignty at a moment Washington still prioritizes “countering Iran” in the region.