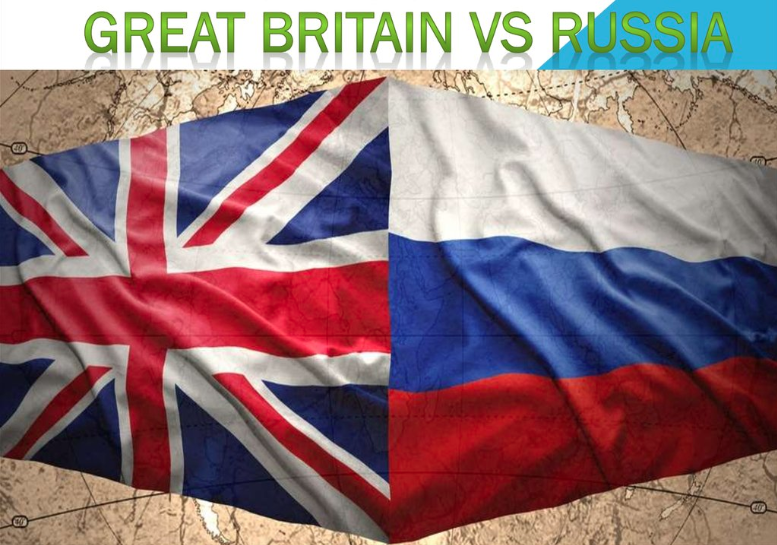 The British government appears to be more and more aping a Monty Python-type farce with each passing day. Soon the absurd ensemble will be complete if either Boris Johnson or Jeremy Hunt becomes the next prime minister.

This week the mandarins at the Ministry of Funny Walks ruled that two internationally respected Russian news media channels were banned from attending a global conference on “press freedom”.

RT and another Russia-based news outlet Sputnik were refused permission by the British government to participate in the Global Conference for Media Freedom, held in London.

A British Foreign Office spokesperson said: “We have not accredited RT or Sputnik because of their earlier role in spreading disinformation.”

The irony of it. The British government is peddling unsubstantiated accusations (more accurately, ridiculous slander) against Russian media which is then invoked as “justification” for censorship at a much-vaunted international conference supposedly dedicated to freedom of the press. You could hardly make the farce up. It’s a kind of cross between George Orwell and Monty Python.

What the British government is doing is blatantly ramping up the media war against Russia. London is giving a license for further outrageous repression of Russian news media, as well as piling on demonization of Russia as a state.

In the same week it was reported that fellow NATO member Lithuania has blocked the news website of Sputnik in the Baltic country.

Previously, France had banned RT and Sputnik journalists from attending public press conferences held by President Emmanuel Macron. In the US, Sputnik radio stations have been curbed from reaching their American audiences.

Russia’s foreign ministry slammed the British and Lithuanian moves this week as putting unreasonable obstacles on the professional work of Russian news media.

RT and Sputnik are internationally recognized news outlets with accredited offices and reporters based in countries all around the world. Just because the channels are financially supported by the Russian government is no grounds whatsoever for accusing them of being “Kremlin operations”. Most countries maintain some level of government sponsorship of their respective national news media.

The British Broadcasting Corporation and France 24 are prime examples. The US’s Voice of America and Radio Free Europe are other well-known instances of government-funded broadcasters. Should they be henceforth pejoratively labelled as “London, Paris, or Washington operations” if we use the same criterion?

Moscow warned this week that British media outlets working in Russia can expect reciprocal restrictions after the banning of RT and Sputnik at the London conference.

If we go down that route of bans and counter-bans, then international news media, journalistic integrity and the principle of free speech will be increasingly eroded. Perhaps that baleful outcome is exactly what the British and other NATO governments want to achieve in a desperate, underhand attempt to shut down Russia’s news perspective.

What’s really going on here is the thin-skinned British authorities and others simply cannot abide the fact that Russian news media have provided an alternative perspective on international politics. A perspective that often sheds critical light on British, US and NATO foreign policies and conduct. It is also a perspective which seems to be increasingly appreciated by greater numbers of international audiences and viewers, including those of Britain and America.

In recent years, Western mainstream news media has witnessed a phenomenal collapse in credibility among Western public over numerous issues. From illegal wars in the Middle East to spurious allegations about “Russian meddling” in elections, Western media have been exposed over and over again as peddlers of government-sanctioned propaganda.

Public trust in Western media seems to be at an all-time low which in turn undermines the authority and credibility of their governments. The fault, perhaps one could say “crisis” in credibility, is inherent. It has little to do with Russia or its media, although Russian news channels like RT and Sputnik have certainly contributed in a legitimate way to exposing the malfeasance of Western governments.

On international politics, such as the NATO-backed covert war for regime change in Syria, or the deplorable incitement of tensions by Washington and London towards Iran, Russian news media have provided a critical source of reporting and analysis. Often that alternative perspective has allowed Western public to hold their governments and derelict media to account. The fable of “the emperor with no clothes” comes to mind.

It is bitterly ironic that an independent journalist like Julian Assange of the Wikileaks website is being currently detained in a maximum security British prison on trumped-up extradition charges to the US for spying – when Assange’s real “crime” is that he exposed American and British war crimes in Iraq and elsewhere. Arguably, Assange’s credibility and appreciation among ordinary citizens the world over is much higher than either of the US or British governments, or their mainstream media.

The same dichotomy applies to the two above-mentioned Russia-based news channels. Not able to cope with hearing the critical message, the British government has resorted to shooting the messenger. However, the British and international public can see what’s going on here, and so the “emperor” is hastily, clumsily trying to cover up the embarrassment from being exposed.

But, more sinisterly, the British assault on press freedom is ramping up a global media war in which Russia is being targeted by NATO powers. The first casualty of war is the truth. And that suggests a war is dangerously looming. That’s why freedom of press is more urgent than ever. But don’t expect the British government to rescue it. It’s trying to bury it – albeit with its la-de-da pretensions of virtue.