Why would India purchase American-made weaponry when it can be easily hacked by implanted kill switches? 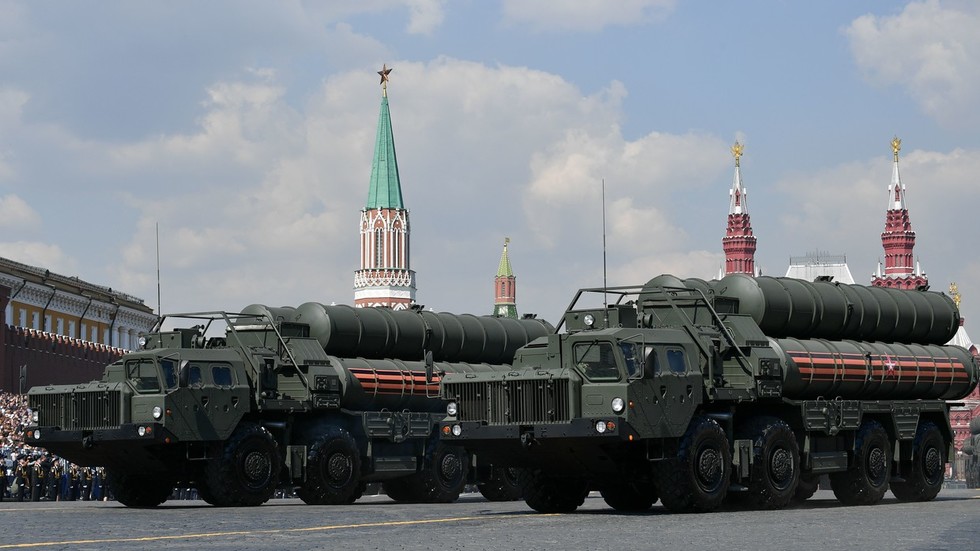 Why would India purchase American-made weaponry when it can be hacked by implanted kill switches?

US wants India to swap Russian S-400s for THAAD & Patriots, but will it take the bait?

The US has long vowed sanctions if India buys the S-400 from Russia, but now it is offering its THAAD and Patriot missiles as an alternative. But the sticks-and-carrots game won’t help the US get its way, an analyst told RT.

Washington has pitched Terminal High Altitude Area Defense (THAAD) and Patriot Advanced Capability (PAC-3) missile defense systems to India last month. Other details of the generous offer are shrouded in mystery, but it obviously comes to outweigh the $5 billion deal India has signed with Russia to acquire the S-400 air defense systems.

Simultaneously, the US seemed to have reeled back its threat of sanctions, choosing to go soft with India this time. This tactic looks particularly interesting when compared to the enormous pressure Washington is piling on Turkey, another future operator of the cutting-edge S-400.

Now, the American bait looks good at a glance but will India want to bite it?

India has decided long ago that the S-400, a successor to the time-proven S-300 family, “is the best available option” for the emerging power. He believed that the THAAD and Patriots have been offered to India in the past don’t meet “the full spectrum of the defense needs that we have.”

US companies may offer any weapons systems to customers all around the world, but they are wary of doing technology transfer, Chaulia explained.

They don’t allow the buyers to acquire knowledge and know-how about how the systems are made. They don’t really empower their defense partners because they want to keep them dependent in the long run.

This doesn’t look particularly attractive for New Delhi which is encouraging foreign vendors to produce their armaments on Indian soil as part of the ‘Make in India’ effort. Russia, for its part, has already localized production of critical weapons systems, be it the T-90 main battle tank or the newer-generation AK-203 assault rifle.

Unlike Turkey, which is a NATO member state, India doesn’t even need to consider the option of buying both S-400 and THAAD to complement each other and keep Washington happy, the analyst offered.

However, it doesn’t mean that Delhi won’t be making defense purchases from the US in other fields in the future. The Indian military already has American attack helicopters, howitzers, firearms and other equipment in service.

And if someone would say that by signing those deals India is returning the favor to the US for greenlighting its S-400 contract with Russia, “that may not be a bad way out of this,” Chaulia pointed out.

In all, the US knows they can’t go too far without putting at risk the tricky relations between Washington and New Delhi. Washington has given up on pressuring India out of the S-400 deal with Russia, the analyst stressed.

Even though they keep making noise, they know that India is a sovereign country that makes its own independent choices.

Donald Trump, “a very commercially minded president,” is not going to cut strategic partnership with India if he sees other ways for America to profit from cooperating with India, he concluded. “For [Indian PM Narendra] Modi it’s easier to manage somebody like Trump” due to his focus on money.