WREXIT: Trio of Traitors May, Merkel and Macron Conspire to Sabotage Brexit 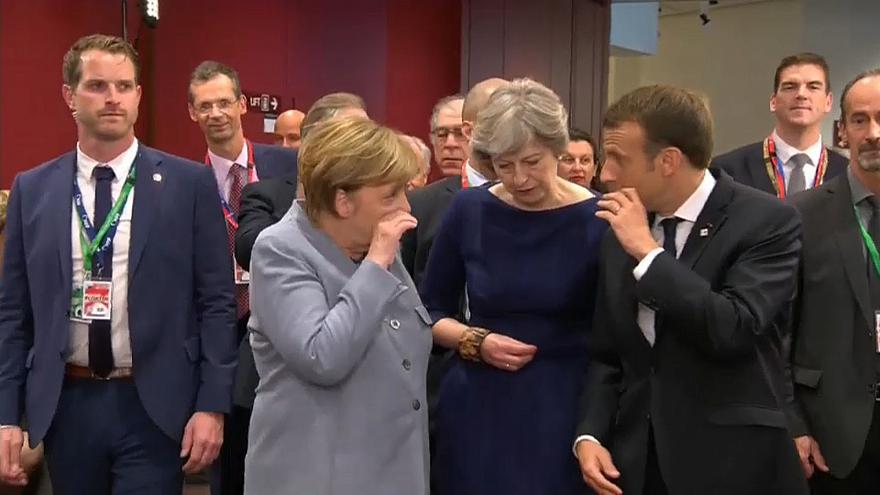 WREXIT: Trio of Traitors May, Merkel and Macron Conspires to Sabotage Brexit

Luongo: Act II of the Most Important Political Event of the 21st Century Begins in May

Brexit is the most important political event of the 21stcentury. It cuts across so many of the dominant narratives playing out daily in the headlines that it is almost mind-boggling. 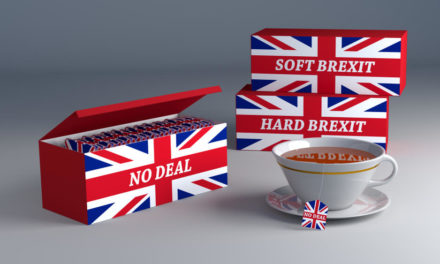 In fact, just about any theory you can dream up as to why Prime Minister Theresa May has worked so assiduously to betray and delay Brexit likely has an element of truth to it. I could spend this entire article listing them.

The biggest issue, of course, is that the European Union is a project without end. Its goal is creating the template for world government with only nominal nods to individual states still retaining control over their destinies.

But they don’t get to do so over anything that actually matters. And not in perpetuity, either.

So, with May openly conspiring with German Chancellor Angela Merkel on pushing back the date of Article 50 to Halloween, it’s clear that the next six months will be used to step-by-step end this pesky Brexit nonsense once and for all.

Unfortunately, this is only the first stage of not only Brexit, but also of a sovereigntist uprising across Europe rapidly waking up to the reality that the EU they signed up for is not the EU they now have.

And plans for the future are even worse.

From little Latvia to powerful Britain, political outcomes across Europe have been a steady rebuke of the EU’s direction.

May’s betrayal was obvious from the moment she presented her Withdrawal Agreement, which isn’t an “agreement” but an international treaty. This was a document written by Merkel and the EU, and it was May’s job to sell it to the Parliament.

She failed and the fallback plan was to then split British parliament over Brexit and weaken it as a political body in the aftermath. A divided house cannot stand and it won’t in the next few months as May and Labour leader Jeremy Corbyn, the weakest major party leader in the world, eventually come to an agreement that results in no Brexit at all.

It will leave the U.K. in a voiceless state subject to the EU’s edicts, supporting it through transfer payments. That will be its punishment for having defied Brussels’ rule.

As Nigel Farage said recently on the floor of the European Parliament, Brussels always wins.

And that’s the message Brexit is supposed to convey to everyone around Europe.

“Defy us and we will destroy you. See what we’ve done to the mighty Brits?”

But the reality is that the EU always played with a stacked deck. And that deck is showing its marks to everyone now.

For months, opposition to May and parliament’s plans to scuttle Brexit has been hardening. No-Deal Brexit is more popular now than it ever has been. The opinion polls all bear this out. And it has caused a shift in the political axis in the U.K. that is happening faster than that of the North Pole at this point.

It is no longer Tory vs. Labour in the U.K. The dividing line is now Leave vs. Remain. And nothing says that more than the early polling coming out of the U.K. for the European Parliamentary elections.

Farage’s Brexit Party, just a few weeks old, is leading in the polls.

Two YouGov Polls have Brexit leading, one with 23% and the other with 27%.  Tory support has collapsed to 15%, and that is catastrophic. Once you drop below the 16% Chasm extinction is a real possibility. 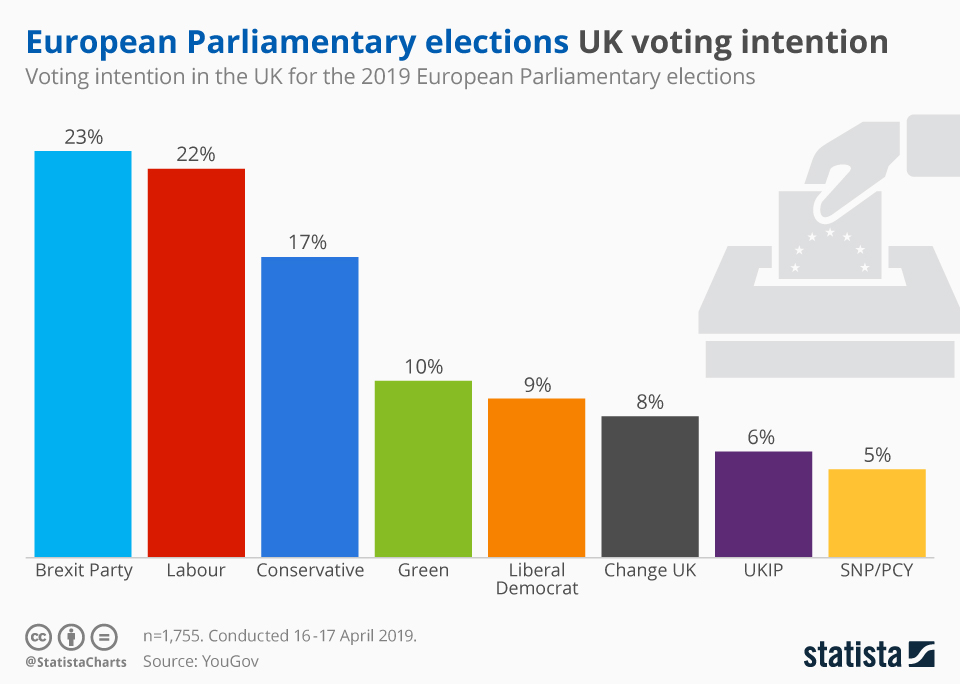 This idea of the “Chasm” is Everett Rogers’ Diffusion of Innovation theory applied to practical politics. I’d argue that politics is one of the best venues to apply these ideals. Protest votes can garner 15 to 16% of the electorate during a campaign but they have a hard time breaking through that ceiling.

There’s a “chasm,” as Chris Maloney describes it, where a rebranding has to take place. Where the protest has to re-market itself to the community as vital to improving the lives of everyone. In politics, it means going from the “Anti-Tory Party” to the “Brexit means Brexit” party.

It means speaking for the entirety of the U.K. and its well-being.

The hard part in politics is once you reach the Chasm, regardless of voting system, the major parties adopt your platform points somewhat and mollify the next tranche of the electorate vulnerable to the sirens’ call of the new guy.

Voters tend to vote for small, incremental change, rather than upend the apple cart and start slitting throats, to invoke H.L. Mencken.

That’s why UKIP failed to capitalize on the 2015 election result and Farage was right to leave them when he did. They weren’t focused on Brexit. They became focused on the wrong things, and so he left. The new leadership spoke to fewer people and now they poll just 6%.

In the lead up to the March 29 deadline, UKIP saw its numbers rise back to 10%, again a protest vote against May’s handling of Brexit. But look at the YouGov polls. They’ve collapsed back to their baseline now that there is a real alternative that speaks to the center of the country on the scene.

It will help them that prominent media personalities like Paul Joseph Watson and Carl (Sargon of Akkad) Benjamin will stand as MEP’s for them. But they have a long way to go to become a driving force in U.K. politics.

The important point here for investors is that Brexit isn’t over. It’s only on hold. The EU elections could be an atomic bomb that atomizes the sclerotic political structure of the U.K. It could usher in chaos in a way that is both unnerving to markets but ultimately healthy for a sick and dying U.K.

Farage and the Brexit Party could easily take 30-plus percent of the vote next month. That won’t be a protest. That will be a prologue of what comes next in the inevitable general election. The Tories may never recover. One only has to look at Germany and Italy to see what’s next for them.

Nothing could be more telling than the market response that left the EU in a commanding position on Brexit and the euro couldn’t rally against the U.S. dollar. It’s threatening another breakdown below $1.12 to new lows now. Gold dropped right alongside as the scramble for dollars I’ve talked about before intensifies.

We’re still seeing capital flee Europe as Brexit leaves center stage and the real problems come back to the foreground, namely Italy’s intractable debt and fiscal issues.  Markets aren’t stupid. They know what the problems are. Stay bearish on European assets of all flavors as

As Act I of the Brexit saga ends, the next phase begins. And it promises to be a doozy.