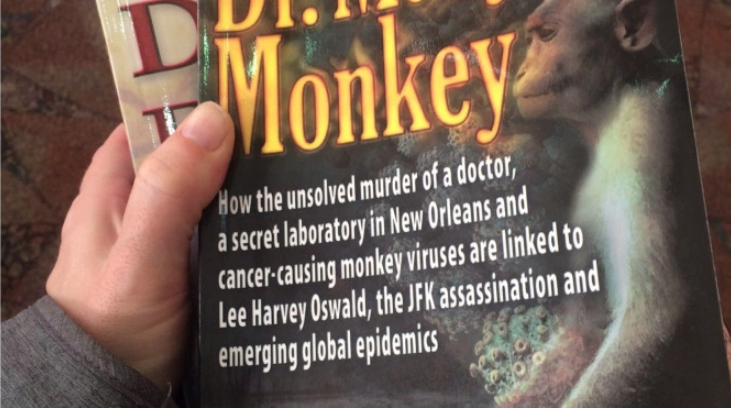 The Central Issue for why JFK and LHO were murdered

The Big issue for why JFK and LHO were killed is because the CIA kill Castro with Cancer Project in New Orleans used cancer Virus pushed along with deuterium. Deuterium is the big secret behind most cancers and too much deuterium causes the cell’s mitochondria to move into glycolysis mode and load up the cells internally with low pH lactic acids that turn off the immune system and allows cancer virus like SV-40 rapid tumor growth and death in a month.

The CIA cancer project is well known from the Ed Haslam book about the death of Dr. Mary Sherman as she was part of the cancer project in New Orleans. The key issue is that when persons like Judy Baker were recruited for the CIA Project it was by Dr. Alton Oschner and Harold Urey. Harold Urey was a key person in the Manhattan Project and discovered deuterium and also the key leader for the Gas Diffusion method for uranium for the nuclear Bombs.

LHO was picked up by the Kennedys when he returned from Russia to become their deep cover agent to spy in CIA and Mafia deals which the Kennedys were after. As part of that process, LHO came to Oak Ridge and learned about deuterium and Oak Ridge is the repository for deuterium for hydrogen bombs made there. Needless to say, DISC and FBI Div 5 got involved after LHO signed an Oak Ridge Atomic Museum Register and outed himself.

The Dueterium and other health effects from nuke weapons were a highly conceal issue in these times and LHO learning the deuterium causes cancers effects and passing this to the Kennedys would cut the CIA and Mafia into a million pieces, but also the nuclear weapons networks, DISC, FBI Div 5 and so on.

Deuterium’s use and knowledge in the CIA kill Castro with cancer project was the motive behind killing JFK by Jack Ruby and his Mafia connections. There are long standing connections of deuterium going back to biblical times and the advantages some had over others that knew the details for diets low in deuterium.

That is the key for the JFK assassination.