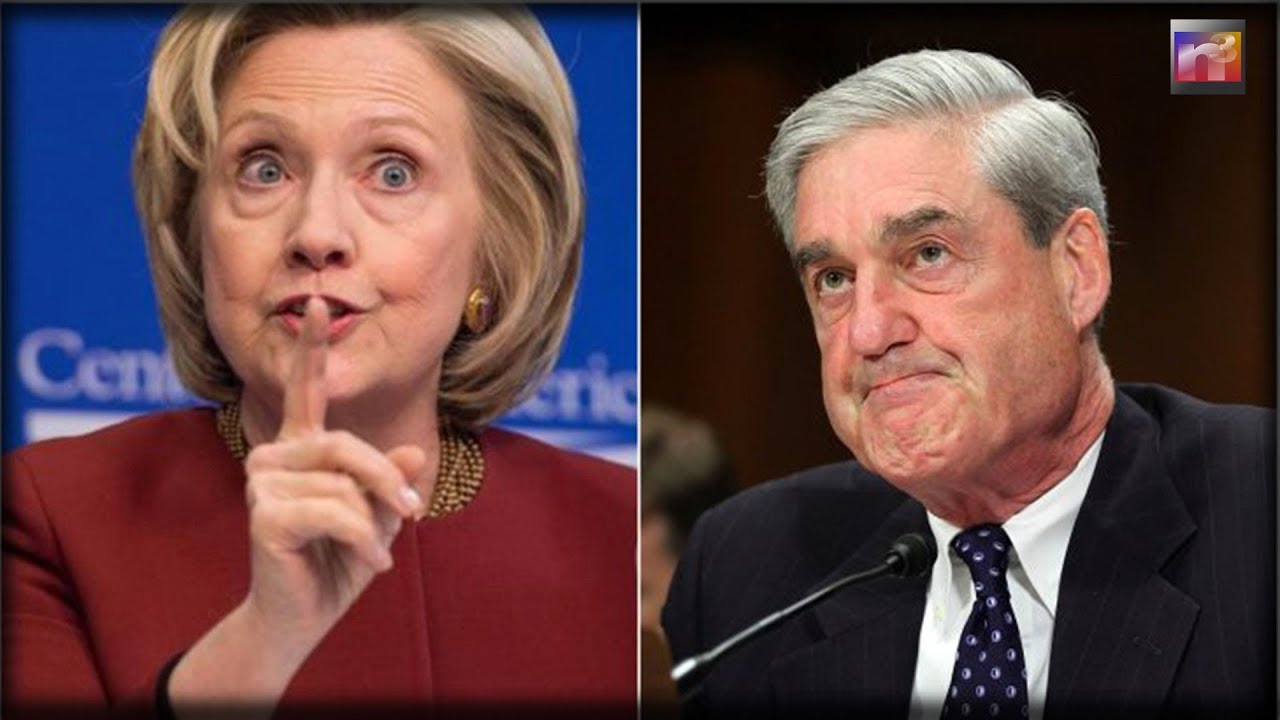 Congressional disclosures prove the Mueller probe is “the fruit of the poisonous tree” Nardone v. U.S. 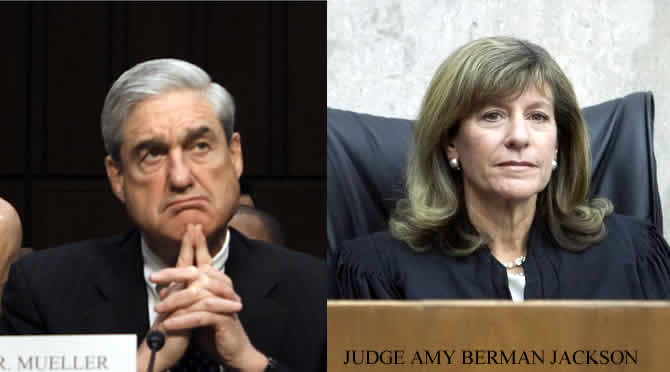 Mueller has seven (7) substantial Vanguard holdings. Vanguard is another Clinton Foundation donor. Vanguard even paid $400,000 to Bill Clinton for speeches on Oct. 05 & 16, 2012. These Vanguard holdings conflict out Mueller from being involved in any proceedings regarding the Clintons. 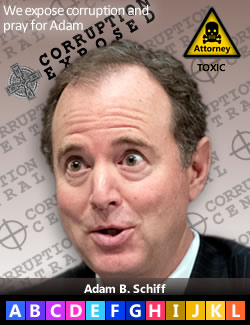 Fig. 4—Congressman Adam Schiff has failed to disclose his GAZPROM conflict from his up to $100,000 Apple financial holding. 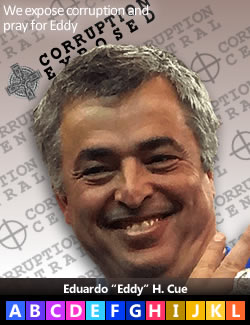 The director and secretary of APPLE EUROPE LIMITED is 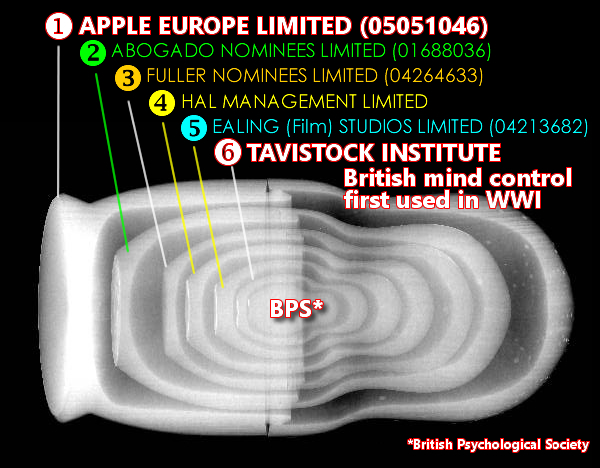 ABOGADO NOMINEES LIMITED, Co. No. 01688036(“ABOGADO” is the Spanish word for “ATTORNEY.) UK nominee accounts (currently representing 917 insiders, including many household names in the globalist pantheon; here’s theCompanies House original | Excel spreadsheet) appear to be an investment vehicle of choice for British peers, Privy Counsellors and their globalist friends so that they do not have to disclose their investments to the public. In the case APPLE EUROPE LIMITED investments however, the ABOGADO shareholders disclose their identities without disclosing their investment amounts. Like Russian nested dolls, APPLE/ABOGADO has at least four nominee accounts inside them, and no doubt, within them will be other nested nominees: CORE NOMINEES LIMITED ( 02424514), FULLER NOMINEES LIMITED (04264633) PDF,* I.W.S. NOMINEE COMPANY LIMITED (00760488) PDF, JUNIPER NETWORKS (NOMINEES) LIMITED (04553031) PDF (including Juniper’s subsidiaries in Belgium, Egypt, Greece, India, Tunisia, Brazil, Turkey, Russia and Mexico). Evidently, the British since founding the East India Company and The City of London UK have perfected the art of hiding insider relationships—all protected by the King or Queen and the Privy Council. Juniper Networks, the largest corporate networking company in the world, admitted on about Dec. 22, 2015 that they had voluntarily embedded the Dual_EC-DRBG backdoor encryption key for rogue NSA/C.I.A. intelligence, then pretended to remove it.

This certainly explains why Apple VP Eddy Cue hides his directorship in Apple Europe! It appears that Netflix and actor Kevin Spacey—both in in Adam Schiff’s downline—were using personal knowledge in the Netflix series House of Cards.

Bookmark: #six-degrees | https://tinyurl.com/y4p2lqyz
New (2/17): You Are Wrong! Six Degrees!
The pushback to the facts in this Schiff sidebar from trolling lawyers (fake grassroots) is that the discovery of these Schiff nested conflicts of interest is ridiculous since, using their dubious argument, everyone would have conflicts of interest due to “six degrees of separation.” To the contrary, in Six Degrees one might find a snowflake six connections away, unlike the globalist avalanche found with Cue and Schiff. Six Degrees is not an argument, it is an excuse. Conflicts are fact specific and cannot be swept away by such generalizations that are clearly intended to fool the unsuspecting. The conflict of interest laws require disclosure to avoid even the appearance of impropriety. Besides, Six Degrees is not a scientific argument, it is a literary theory. In the hands of spies it has become a brainwashing curtain to hide nefarious activity behind. It originated with Hungarian author Frigyes Karinthy in 1929. He was an admirer of globalist H.G. Wells who was himself a member of the British War Propaganda Bureau (Wellington House) and the Robber Baron clique in 1914. Karinthy himself married psychiatrist Aranka Böhm and supported a one-world language called Esperanto. Psychiatry, fiction, propaganda, media, banking: The devil’s brew. 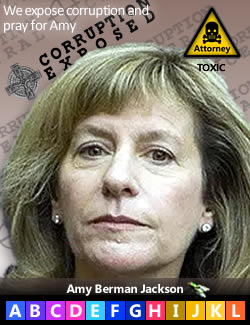 Fig. 4—Amy Berman Jackson, judge assigned to the Robert Mueller prosecution of Roger Stone and other political targets of allies of Hillary Clinton and The Clinton Foundation.

During the third week in Feb. 2019, Judge Jackson ludicrously claimed that the venerable Celtic wheel Cross in this image was a gun site, then used her perfidy to accuse Roger Stone of threatening her after he used this image in an Instragram post.

Tellingly, the MSM reproductions all cropped out “Corruption Central” from their stories, showing only the Cross. Deep State propagandists have even gone so far as to suggest that the Christian Cross was white supremacist motivated. Tell us the last time anyone in America ever even met a white supremacist outside those faked by Antifa at their false flag events. That is just juvenile.

This background has been used for over four yearsto identify over 750 people believed to be Deep State corruptocrats, some of them deceased. Endemic Corruption is being targeted here Judge Jackson, not you. We suggest you repent and stop fabricating evidence to falsely accuse an innocent man who is trying to protect himself from the now proven Mueller Witch Hunt. Your conduct violates the Code of Conduct for U.S. Judges. We pray for you. It seems you have forgotten that you work for We The People, not your Deep State handlers.

(FEB. 04, 2019)—Theoretically, district courts randomly assign judges using a master calendar, prescreening, or some combination. With so many options and essentially no oversight from Chief Justice John Roberts, the process in high profile cases is fraught with corruption. 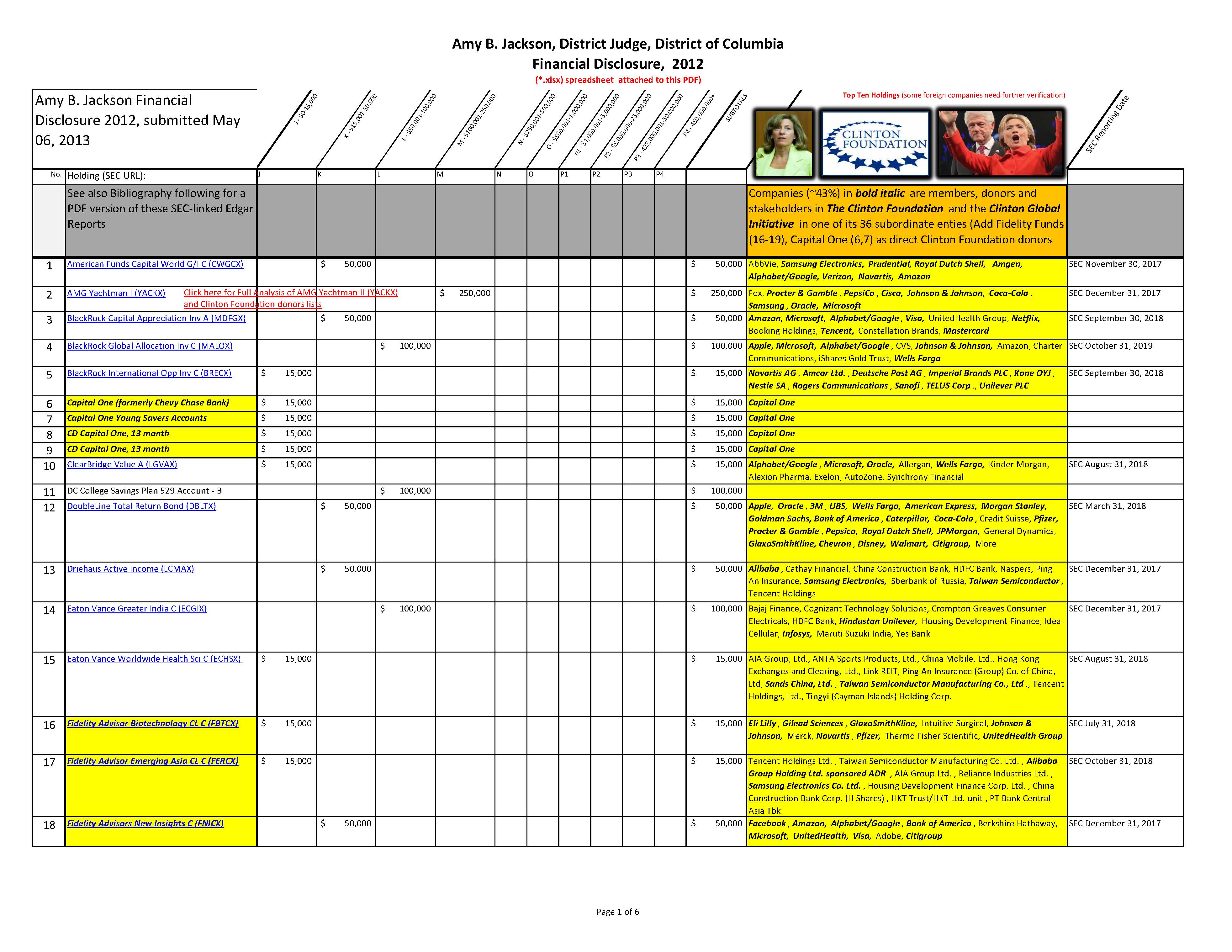 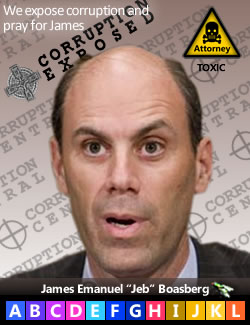 Fig. 6—James E. Boasberg, FISA judge, nominated by Barack Obama on the same day (Jun. 17, 2010) as Amy Berman Jackson. Boasberg attended both Yale Law where he became a member of Skull & Bones and Cambridge University now known to be the one-world schoolhouse designed by Cecil Rhodes. 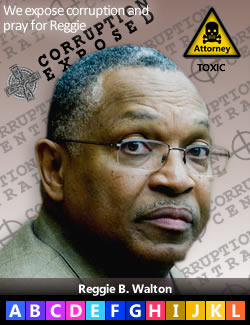 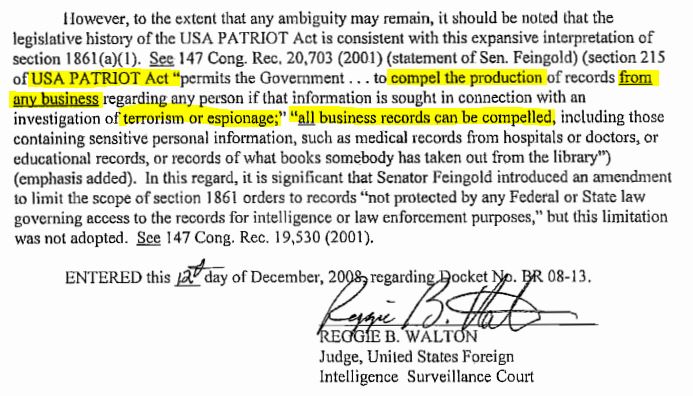 Judge Boasberg never met an FBI request from Robert Mueller, Eric Holder and James Comey to spy on an American that he did not like. 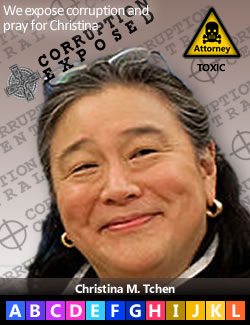 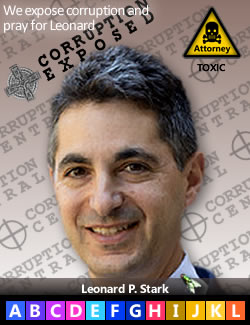 Fig. 10—Leonard P. Stark, Rhodes Scholar like Bill Clinton. He also worked at Skadden Arps LLP, was assigned three weeks before trial to the Leader v. Facebook patent infringement trial, then confirmed as judge ten days after the trial where even though Leader proved on 11 of 11 claims that Facebook infringes its social networking invention. Stark ruled that Facebook could get off on fabricated evidence based solely on a single 1896 criminal case never before used in a civil trial where a jury ruled against a man without any evidence, only innuendo.

Remarkably, Stark wrote “There is nothing impermissible about such an analysis.” [Note: There certainly Judge Stark, especially when you have failed to use the well-accepted rules in Pfaff and Group One to test the evidence upon which you based your impermissible opinion.] Patent rules require hard evidence (Pfaff, Group One), except in this outlier where Stark allowed Pfaff and Group One to be ignored. Stark’s investments were almost entirely Fidelity.

The Weaponization of Social Media Should Concern Us All and

GLARING SHIFT  OF JACKSON’S INVESTMENT HOLDINGS BETWEEN 2009 AND 2012

AFI and AIM researchers discovered a massive shift from 2009 to 2012 in the structure of Judge Amy Berman Jackson’s financial portfolio. See Alert.

In 2009, Jackson disclosed 169 holdings of which approximately 85 were private company stocks and 84 were mutual funds.

In 2012, however, a dramatic shift occurred. Jackson reported only 44 holdings—a 74% drop in number of holdings. Also notable was that the holdings were all institutional and mutual funds—no private company stocks.

DID JACKSON LOSE FAITH IN HER ‘BLUE CHIP’ INVESTMENTS? NO. 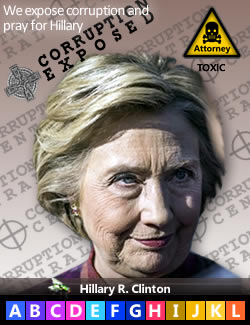 A reasonable person will ask why Jackson dumped all her Blue Chip stocks.

Remarkably, at least 31 of her 2009 holdings in Blue Chip corporate stocks were in donors to The Clinton Foundation(The New York Timeslist).

* Material Omissions to Note: All Schedules B, Schedule of Contributors (Form 990, 990-EZ, 990-PF), have had the names of the Contributors masked out completely, with the exception of Clinton Foundation, Schedule B, 2017 where the text was retrievable, albeit hiding not visible behind a transparent font that was discovered and rendered readable. All Schedules C, Political Campaign and Lobbying Activities (Form 990 or 990-EZ) have been removed from all returns.

The companies in bold below are notoriously known donors to The Clinton Foundation by its more than 35 different names.

In other words, these are companies with knownClinton Foundation relationships—that Jackson held in 2009—disappeared in her 2012 financial disclosure.

Judge Amy Berman Jackson’s holdings in Clinton Foundation donors in 2009 (out of her private stock holdings):

QUESTION: Where did Jackson’s holdings in these Blue Chip private companies go by 2012?

ANSWER: She simply buried them inside crony mutual funds who were, or became, heavily invested in her favorite companies. This gave her the continuing benefit of those profits while hiding their relationship to the Clinton Foundation.

For example: Jackson disclosed a substantial holding in AMG Yachtman I (YACKX) of up to $250,000 in their Dec. 31, 2017 FORM N-CSR Annual Report to Shareholders (SEC Edgar HTML). PDF Version.

While the AMG Yachtman I fund does not appear to have a direct relationship with The Clinton Foundation, its portfolio holdings, officers, bankers and trustees do . . . massively.

Among AMG Yachtman’s Top Ten Holdingsrepresenting 51.5% of their total holdings, 8 out of 10 are notoriously known Clinton Foundation donors (in bold and yellow highlight):

In other words, Jackson’s 2009 private company stock holdings in Clinton Foundation donors comprise about 80% of all holdings in AMG Yachtman I fund in 2012 alone.

And, AMG Yachtman  I is just one (1) of Jackson’s 44 holdings reported in 2012. Indeed, despite any excuse like the “safe harbor” concept, Berman has an ethical duty in Canon 3 to disclose these conflicts.

In addition, the AMG Yachtman I (YACKX) Trustees and Officers consist of other known Clinton Foundation donors and operatives, specifically:

Of the 31 Blue Chip private stocks Berman sold between 2009 and 2012, the following holdings in bold represent significant portions of the AMG Yachtman I (YACKX) current portfolio:

Canon 2 of the Code of Judicial Conduct requires judges to recuse if their involvement raises even the appearance of impropriety. Canon 3 requires recusal when the judge holds “even one share” in stock of an interested party in a litigation.

Jackson has layers of conflicts of interest in violation of multiple Canons in matters related to Robert Mueller and Hillary Clinton: 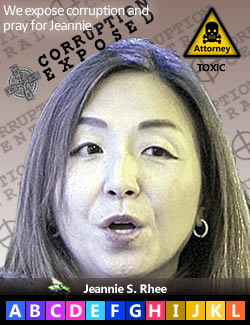 Fig. 14—Jeannie S. Rhee is Mueller’s prosecutor on about 20 of his indictments despite her lack of experience, only having ever worked at Mueller’s WilmerHale LLP firm and the Department of Justice.

Mueller’s go-to prosecutor in 36 casesis Jeannie S. Rhee. The majority of these cases are against Russians whose names appear suspiciously fabricated. Her biography shows that since Yale Law school she has only had jobs in and out of the Department of Justice and WilmerHale-Comey-Mueller.

Judge Amy Berman Jackson cannot possibly avoid the requirement to recuse herself immediately from the Mueller cases due to her conflicts of interest both with Mueller and with Hillary Clinton and the Clinton Foundation.

If she does not, the she obliterates even the semblance of judicial impartiality that is embodied in the Code of Conduct for Federal Judges—a Code she pledged an oath to uphold.

JUDGE AMY B. JACKSON MUST RECUSE HERSELF FROM THE MUELLER CASES IMMEDIATELY

Every American patriot should storm the gates of government and demand Judge Jackson’s recusal. Even if they don’t, anything she does must be thrown out because her continuing presence means everything that occurs is “the fruit of the poisonous tree.” 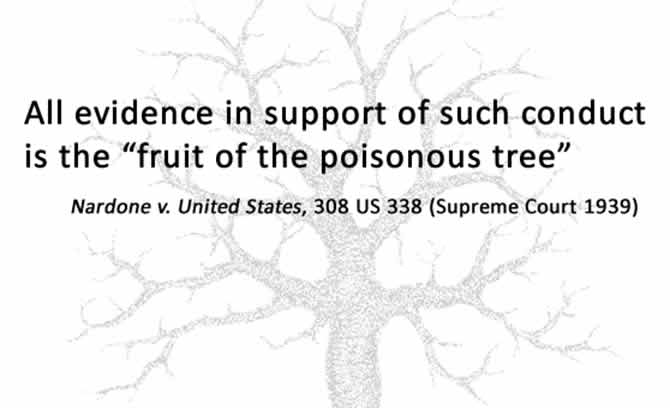 Return to return to the beginning of this post.

SEE PREVIOUS AFI POST (JUN. 10, 2015) ON THE LEGALIZATION OF LYING TO THE FEDERAL GOVERNMENT: