WORLD HEALTH ORGANIZATION: Why is the UN’s health watchdog allowing humanity’s health to be put in such great danger with 5G and other EMF assaults? 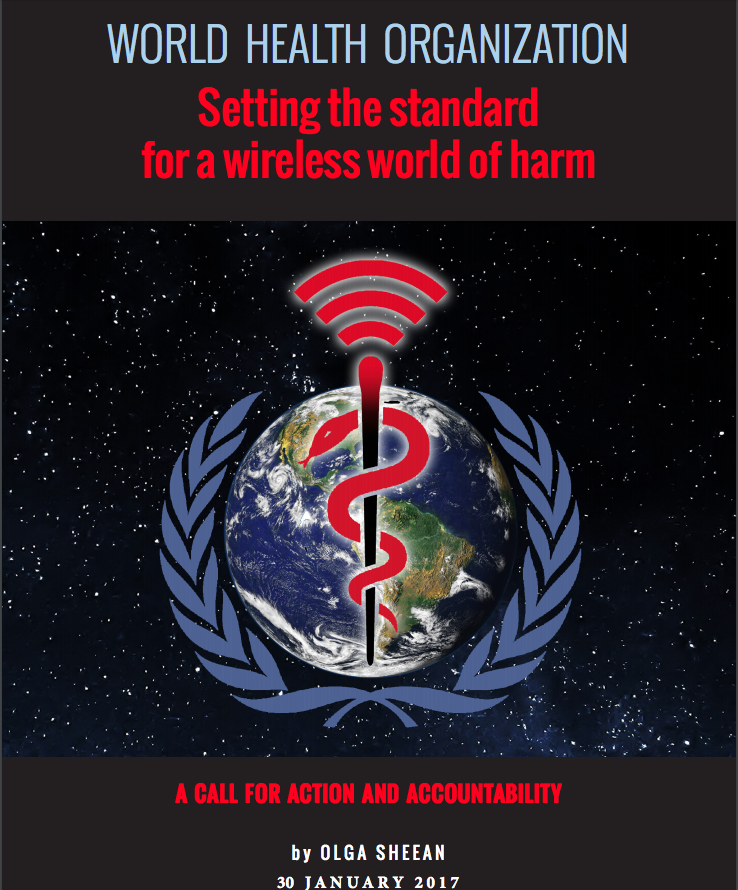 WORLD HEALTH ORGANIZATION: Why is the UN’s health watchdog allowing humanity’s health to be put in such great danger with 5G and other EMF assaults?

Setting the standard for a wireless world of harm

“World Health Organization—the United Nations organization responsible for global public health. Its International EMF Project, which is tasked with assessing the safety and biological effects of non-ionizing radio-frequency/microwave radiation, has been co-opted by the very industry responsible for the unchecked proliferation of this same radiation worldwide. The Project is led by an electrical engineer, with zero health credentials, who has carried out research for the wireless telecommunications industry and therefore has a clear conflict of interest. Despite the requirement that its experts declare any conflict of interest, and despite the fact that it is against WHO rules for any individual or committee to take money from industry, WHO is known to have been indirectly receiving substantial funding from the wireless telecoms industry for many years. Since the UN is answerable to no one, however, there is little or no recourse for those who may be adversely affected by its operations. Internal crises can therefore be made to mysteriously disappear as if they never happened, and any suspect procedures can be all too easily covered up and publicly denied.” 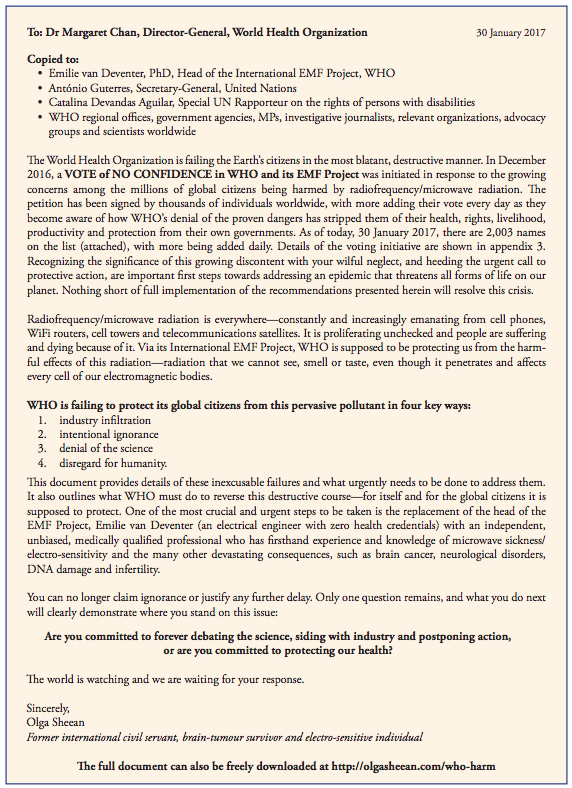 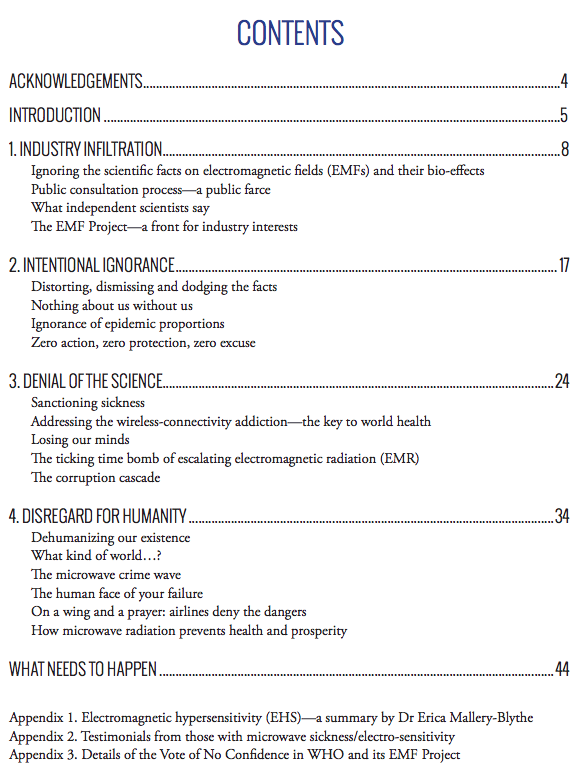 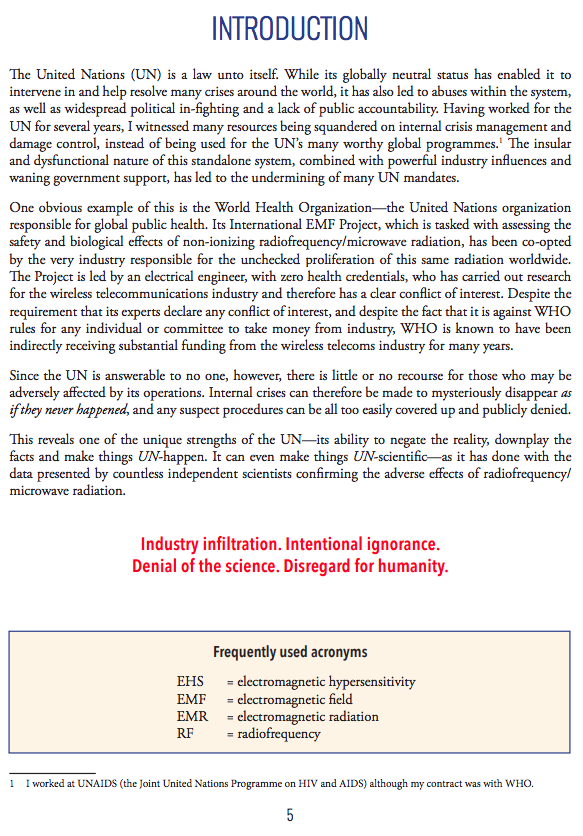