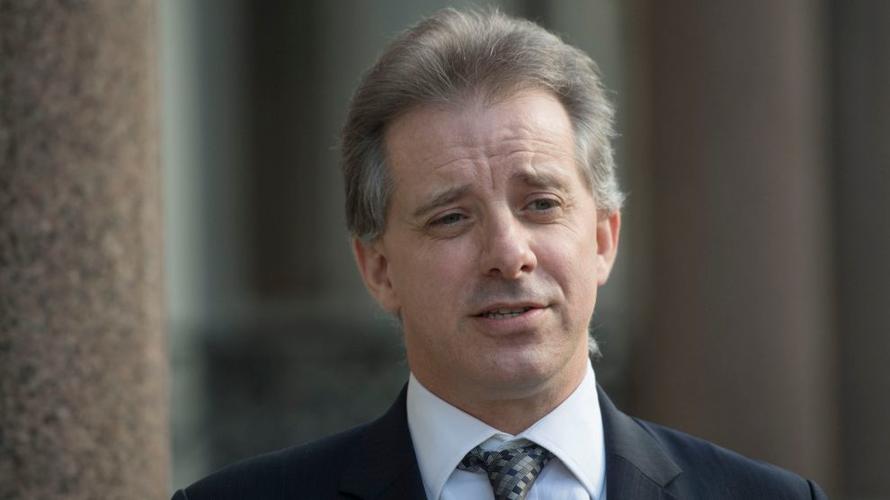 Former UK spy Christopher Steele admitted in a London court that he was hired to help Hillary Clinton contest the results of the 2016 election in case Trump won, according to the Washington Times.

Steele assembled an anti-Trump “dossier” of opposition research investigative firm Fusion GPS, which was in turn hired by DNC law firm Perkins Coie LLP. The document used “a senior Russian Foreign Ministry figure,” and “a former top level intelligence officer still active in the Kremlin,” according to Vanity Fair. In other words, Hillary Clinton – through Steele and other intermediaries – was working with Russians against Donald Trump.

He said the law firm Perkins Coie wanted to be in a position to contest the results based on evidence he unearthed on the Trump campaign conspiring with Moscow on election interference.

His scenario is contained in a sealed Aug. 2 declaration in a defamation law suit brought by three Russian bankers in London. The trio’s American attorneys filed his answers Tuesday in a libel lawsuit in Washington against the investigative firm Fusion GPS, which handled the former British intelligence officer.

In an answer to interrogatories, Mr. Steele wrote: “Fusion’s immediate client was law firm Perkins Coie. It engaged Fusion to obtain information necessary for Perkins Coie LLP to provide legal advice on the potential impact of Russian involvement on the legal validity of the outcome of the 2016 US Presidential election.

“Based on that advice, parties such as the Democratic National Committee and HFACC Inc. (also known as ‘Hillary for America’) could consider steps they would be legally entitled to take to challenge the validity of the outcome of that election.” –Washington Times

😂Hillary Says:"Not Accepting the results of the Election is a direct assault on our Democracy,Dont b a Sore Loser"😂pic.twitter.com/l0pGRuYcoG

Now listen to Hillary when she thought she was going to win the election:

Meanwhile Clinton was open to challenging the election more than ten months after her historic loss – if only there were a way. “There are scholars, academics, who have arguments that it would be, but I don’t think they’re on strong ground. But people are making those arguments. I just don’t think we have a mechanism,” Clinton told NPR in September 2017.

The dossier Steele produced was used as the basis for an FBI FISA surveillance warrant application to spy on members of the Trump campaign. Notably, the agency never told the FISA court that the dossier their application hinged on was paid for by the DNC and Clinton’s campaign, although it did indicate that it was opposition research.

The mainstream media used still-unverified key claims within the dossier to fuel a conspiracy theory that President Trump conspired with the Russian government to win the 2016 US election.

Meanwhile, as we reported earlier Monday, FBI and CIA sources told a Pulitzer Prize-winning Washington Post reporter that they didn’t believe a key claim contained in the “Steele Dossier,” the document the Obama FBI relied on to obtain a surveillance warrant on a member of the Trump campaign.

The Post‘s Greg Miller told an audience at an October event that the FBI and CIA did not believe that former longtime Trump attorney Michael Cohen visited Prague during the 2016 election to pay off Russia-linked hackers who stole emails from key Democrats, reports the Daily Caller‘s Chuck Ross.

“We’ve talked to sources at the FBI and the CIA and elsewhere — they don’t believe that ever happened,” said Miller during the October event which aired Saturday on C-SPAN.

We literally spent weeks and months trying to run down… there’s an assertion in there that Michael Cohen went to Prague to settle payments that were needed at the end of the campaign. We sent reporters to every hotel in Prague, to all over the place trying to – just to try to figure out if he was ever there, and came away empty. -Greg Miller

Meanwhile, Trump is still living under the spectre of Russian collusion, while Hillary Clinton actually colluded Russians in her plan to challenge the 2016 election.