FLASHBACK—Warmonger Lindsey Graham: ‘Nuking North Korea would be worth it’ 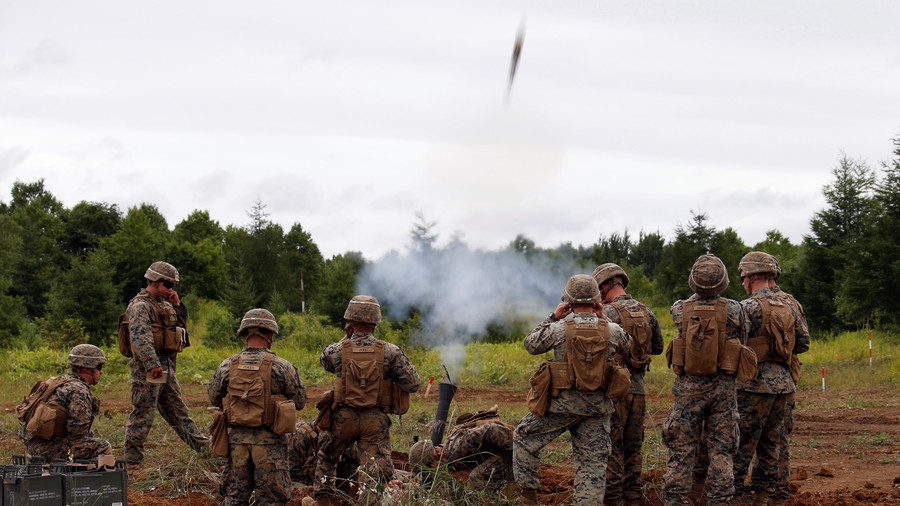 FLASHBACK—US war with North Korea ‘worth it’ – Lindsey Graham

The damage caused by a US war with North Korea would be “worth it,” Senator Lindsey Graham said. The comments further fuel speculation the US is gearing up for action against Pyongyang.

“All the damage that would come from a war would be worth it in terms of long-term stability and national security,” the Republican senator from South Carolina told CNN. “I’m completely convinced that President Trump and his team reject the policy of containment… They’ve drawn a red line here and it is to never let North Korea build a nuclear-tipped missile to hit America.”

Graham’s comments come as the US is reportedly considering military action against North Korea, should Pyongyang build a nuclear missile capable of striking the US, according to multiple sources, CNN reports.

Last week, Washington revealed its latest round of sanctions against North Korea for its nuclear and ballistic missile tests, targeting Pyongyang’s shipping industry. Trump warned a phase two could be “very, very unfortunate for the world.”

The US appears at odds with the apparent willingness of both North and South Korea to engage in dialogue following the Winter Olympic Games, which saw North Korean leader Kim Jong-un’s sister, Kim Yo-jong, attending. Kim Yo-jung was the first member of North Korea’s ruling family to visit the South since the Korean War, and shook hands with South Korean President Moon Jae-in at the opening ceremony.

On Thursday, Moon told Trump he plans to send an envoy to North Korea following the invitation extended by Pyongyang. This would be the first inter-Korean summit since 2007. South Korea said in a statement that dialogue with the North “will go on.”

Graham, a member of the Senate Armed Services Committee, is a longtime hawk who has often advocated for US military action, including calling for the US to send 10,000 troops to fight Islamic State (IS, formerly ISIS) in Iraq. He was also among the chorus of Republican presidential candidates calling for the US to shoot down Russian planes in Syria in 2015.

Curiously, Graham is aware of the devastation a conflict between the US and North Korea would create in the region. Speaking on the Today show in August, Graham noted: “Japan, South Korea, China would all be in the crosshairs of a war if we started one with North Korea.”

During the Korean War of 1950-53, an estimated 2.5 million people died. Should the US enter a war with North Korea, the conflict would likely have disastrous consequences for the greater region and endanger US citizens.