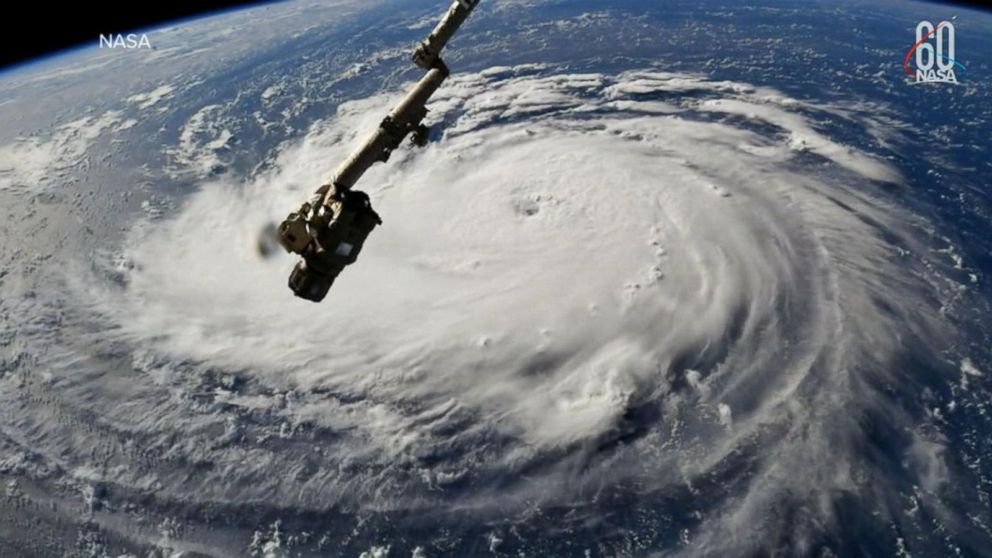 With mandatory evacuations issued for coastal regions of North and South Carolina and Virginia, millions of Americans are preparing for what could be the most catastrophic hurricane to hit the US East Coast in many decades. The latest report from the National Hurricane Center (NHC) indicates that Hurricane Florence is packing winds up to 140 mph as a Category 4 storm, which could strengthen and become a Category 5 storm Tuesday.

Computer models forecast the storm to make landfall in North or South Carolina on Thursday, hitting a stretch of coastline that is already vulnerable to sea level fluctuations with 30- to 40-foot waves.

By 5 a.m. Tuesday, the NHC released a report specifying Florence was about 975 miles east-southeast of Cape Fear, North Carolina, and moving west-northwest at 15 mph. Its center will be wedged between Nassau and Bermuda on Wednesday and approach the coast of South and North Carolina on Thursday, as a possible Category 4/5 storm.

To the incredible citizens of North Carolina, South Carolina and the entire East Coast – the storm looks very bad! Please take all necessary precautions. We have already began mobilizing our assets to respond accordingly, and we are here for you! pic.twitter.com/g74cyD6b6K

South Carolina Gov. Henry McMaster ordered an estimated 1 million people to evacuate from coastal areas of the state as Florence strengthened to a Category 4 storm Monday. North Carolina Gov. Roy Cooper, who ordered an estimated 250,000 residents and visitors to begin evacuating the Outer Banks barrier islands. And Virginia’s governor ordered a mandatory evacuation for some residents of low-lying coastal areas.

Computer models reveal that Florence could slow just off the coast of the Carolinas, it could then bring torrential rains to the Appalachian mountains and as far away as West Virginia, causing flash floods, mudslides, and other hazardous conditions.

Ed Vallee, Vallee Wx Consulting Meteorologist, said the real danger is inland flooding, as was the case in Texas in 2017. He said the European Model, shown below, warns that a “widespread swatch of 10-15″ rain from southern NC to northwestern VA.”

Inland flooding will absolutely be the most wide reaching impact from #Florencedepending on the system’s track. The European model, shown below, spreads a widespread swath of 10-15″ rain from southern NC to northwestern VA. pic.twitter.com/PBZSqf1foo

Bloomberg warns that Florence’s potential path of destruction could trigger inland flooding and increase the risks for the environment and public health. There is a severe risk that flooding could overwhelm toxic pits of shit from hog farms and coal-ash and other industrial waste facilities in the three states.

Another significant risk that is getting very little attention but should be very concerning is the dozen or so operating nuclear power plants in the Carolinas to Virginia.

Bloomberg also notes that Florence may cause upwards of $15 billion to $20 billion in covered losses from wind and coastal storm-surge, if the past is any guide, according to catastrophe modeler Risk Management Solutions (RMS).

Covered losses are based on benchmarking two similar hurricanes from decades past — Hazel in 1954 and Hugo in 1989, and convert their damage into present-day dollars, according to Tom Sabbatelli, an event response manager at RMS. However, the figures do not include the potential cost of inland flooding, which Vallee believes could be the real danger at play.

With Florence expected to hit the US East Coast by the end of the week, it is still difficult to predict the exact path and kind of damage the storm might cause.

“There can be the potential for significant uncertainty in a forecast track for a storm like Florence that is so far offshore,” Sabbatelli told Bloomberg. “Every event has its unique characteristics so we’re using that as a broad-brush first pass right now,” he said of the benchmarks.

National Hurricane Center Director Ken Graham said that computer models showed Florence was forecast to stall over the Carolinas once it reaches shore.

“It’s not just the coast,” he added. “When you stall a system like this and it moves real slow, some of that rainfall can extend well away from the center.”

What are meteorologist saying about the storm?

“As Hurricane Florence makes landfall, the storm movement will be a crawl. Models are showing monumental rainfall totals along the coast and just inland east of the eye’s landfall location … large area of 20″+ rainfall up to 40″+ Both ECMWF and UKMET show similar patterns,” said Ryan Maue, Meteorologist at @weatherdotus.

As Hurricane #Florence makes landfall, the storm movement will be a crawl. Models are showing monumental rainfall totals along the coast and just inland east of the eye’s landfall location … large area of 20″+ rainfall up to 40″+
Both ECMWF and UKMET show similar patterns. pic.twitter.com/owtHr1TIAr

Meteorologist Ryan Miller warns about the explosive population growth from the Carolinas to Maryland that he says have “NO hurricane experince.”

Chuck Bell, a meteorologist for NBC4 in DC, says the hurricane “is expected to slow to a near stall after landfall at which point historical inland flooding could take place!”

Latest track of #HurricaneFlorence is just as ominous. The coastline of #NCWX and #SCWXwill take the brunt of this storm on landfall. The storm is expected to slow to a near stall after landfall at which point historic inland flooding could take place! pic.twitter.com/DDBbvkPc5e

As hurricane watches are now up for the Carolinas, a slowdown is expected (right at landfall) with substantial inland flooding concerns. This is a dangerous situation, and it is now time to hit the panic button.