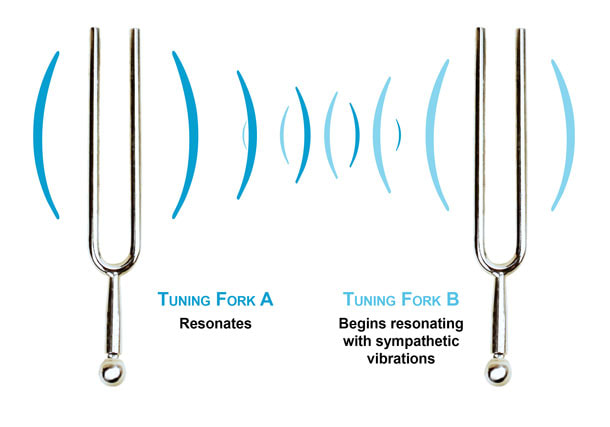 Our life force will react to adjust on every stimulus or force that it is being exposed to within the body, mind, emotions or spirit. If the force of stimulus is stronger than the inner life force present, the bodies are forced to adjust in a way where a consequence of that force is perceived or experienced. If the force of stimulus is dissonant the consequence of that force can range from mildly unpleasant to excruciatingly painful. Depending on the inner spiritual core development, will be the relative reaction or response that the impact of these forces will have upon your body, mind, emotions or spirit. If the mind is weak, unfocused and undisciplined, these forces will pack a punch to your emotional body, weakening your life force. Nothing is more powerful than the development of your inner spiritual source and its life force energy. As this motivates one to develop their spiritual body through ego discipline, this increases inner energetic strength, which repels these external and extra-dimensional forces from knocking you around. This is what it means to have a strong spiritual and inner core.The impact of these forces upon your energetic body and how they resonate with the frequency of your being is called, the “Law of Resonance“.
Contents

Law of Vibration
Through the laws of physics, science confirms energy and matter interplay in massive EMFelectro-dynamic fields that are measurable in terms of wave forms, frequency, wavelengths and amplitude. The same electromagnetic fields and substances that move throughout the Cosmos, move through our own bodies. Everything in the Cosmos vibrates at its own frequency, which makes it clear that every substance and body also vibrates at its own specific frequency. It is important to realize that every substance, body and being vibrates to its own frequency and that vibration will be amplified tremendously when stimulated by a similar or compatible resonant frequency. Resonating to the forces of “life”, forces of goodness, forces of gratitude, forces of love, will amplify these resonances and strengthen your body dramatically. Resonating through ego to the forces of fear, rage, frustration and resistance (to what “is”), will also amplify those disturbances in your body greatly.

Tuning Fork Example of Resonance
In this demonstration of the Law of Resonance: One tuning fork (insert Person A) forces another tuning fork ( insert Person B) into vibrational motion at the same shared natural frequency. The two forks ( Person A and Person B) are connected by the surrounding air particles and interconnected into the quantum field of local energy space. As the quantum field (and air particles) surrounding the first fork (Person A) begin vibrating, the pressure waves that it creates begin to impinge at a periodic and regular rate (a sample frequency) of 256 Hz upon the second tuning fork (Person B). The energy carried by this sound wave through the quantum field is tuned into the frequency of the second tuning fork (Person B). Since the incoming sound waves from the first fork (Person A) share the same natural frequency as the second tuning fork, the tuning fork easily begins vibrating at its natural frequency. This is an example of resonance – when one object (Person A) is vibrating at the same natural frequency when introduced to a second object (person B) this stimulus forces that second object into vibrational motion that matches the shared fundamental frequency. The two objects vibrating at the same fundamental frequency will potentially amplify that frequency into greater harmonic resonance. The result of resonance is always a large vibration. Regardless of the vibrating system, if resonance occurs, a large vibration results. This is the same principle behind the energies that create the collective consciousness or the group field dynamics. The amount of group bodies resonating at the same fundamental frequency will determine the vibrational quality and amplification of the overall collective field of frequency. Each natural frequency that an body, object or instrument produces has its own characteristic vibrational mode or standing wave pattern. These unique standing wave patterns are only created within the body, object or instrument at specific frequencies of vibration; these frequencies are known as harmonic frequencies, or merely harmonics.Harmonic resonance is an extraordinarily varied phenomenon seen in countless forms throughout the universe within all bodies and objects. Harmonic resonance spans an vast range of spatial scales, from the tiniest quantum material, to wave-like vibrations of the particles of matter, to orbital resonances that emerge from the stars. All bodies (objects) tend to oscillate at some characteristic frequency, and at its higher harmonics, the frequencies escalate in order to that which are whole number (integer) multiples of its fundamental frequency.
In conclusion, resonance occurs when two or more interconnected objects share the same vibrational frequency. When one of the objects is vibrating, it forces the second object into vibrational motion. The result is a large vibration. And if a sound wave within the audible range of human hearing is produced, a loud sound is heard.

July 2012 Newsletter
Law of Vibration
Wiki: Resonance
See Also:Zero Point Field
Universal Tree of Life
Video Sample Resonance
An apparatus consisting of three sets of two inverted pendula is used to demonstrate the concept of resonance and forced vibration. Each pendulum in the set of two has the same length and as such the same vibrational frequency. When one of the pendulum is set into vibrational motion, it forces the other pendulum having the same length to vibrate with it. This is resonance.