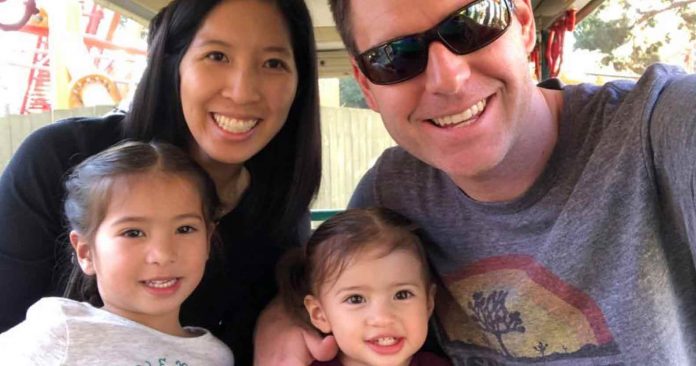 A father of two who worked for a pharmaceutical company and who studied vaccines was murdered in front of his two children while camping.

Irvine, CA — A tragic death has police searching for a killer and a motive in California this week as a beloved father was murdered early Friday morning while camping with his two daughters in Malibu Creek State Park. The victim was identified as 35-year-old Tristan Beaudette, a scientist from Irvine.

Beaudette had taken his two daughters, ages 2 and 4, camping over the weekend so his wife, who is a doctor, could study for an important exam. According to police, they responded to reports of gunfire around 4:44 a.m. at the campsite.

Police say the killer fired into the tent as the family slept and Beaudette suffered at least one gunshot to the chest. His children were not injured.

“The theory we are working with is he was shot inside the tent,” Lieutenant Rodney Moore of the Los Angeles County Sheriff’s Department told the Los Angeles Times. “We are gathering evidence… It will take some time.”

“When deputies arrived they located the male adult victim who had sustained at least one gunshot wound to his upper torso.  He was pronounced dead at the scene,” a statement from police read.

“It appears that the victim was camping at the site with family members and no other individuals were injured during the course of the shooting,” police said. “There is no suspect information. There is no known motive for the crime.”

There are 63 campsites at the park, all of which were reportedly occupied during the time. Beaudette’s site was the only one which was attacked.

“Words cannot express the absolute devastation and sorrow we feel from the loss of someone so dear to our family,” a fundraising page set up for Beaudette reads. “Not a second goes by that we aren’t grappling with the senselessness of this crime.

“Tristan, you were such an amazing father, husband, son, and brother. You were admired by so many for your devotion to your wife and two daughters. We are all so fortunate to have known you for your short time on Earth.”

According to his Linkedin page, Beaudette worked as a senior scientist for the pharmaceutical company Allergan where he worked on pharmaceutical drug product development.

Beaudette was named an associate director for Allergan in March of 2018. However, after this promotion, he recently left the company and was moving to the Bay Area to start a new job. It was not clear where he was going to be working.

The father and star scientist embarked on his path to the pharmaceutical world by obtaining his Ph.D in chemistry from Berkeley in 2005. According to his LinkedIn, he studied and worked on research papers about vaccines.

Beaudette wrote a thesis entitled, “Synthesis and Biological Evaluation of Acid-Degradable Polymeric Materials for Protein-Based Vaccine,” a research project, ” focused on the design, synthesis, characterization, and implementation of acid-sensitive polymeric microparticulate and nanoparticulate vehicles for vaccine and drug delivery applications,” he wrote on Linkedin.

While at Berkeley, Beaudette was a graduate student instructor and worked on several research projects that were focused on pharmaceuticals and vaccines, according to his Linkedin profile. He wrote that he, “Synthesized polyacrylamide, polyacetal, and polysaccharide-based acid-degradable microparticles and used in vitro and in vivo techniques to characterize their ability to elicit cell-mediated immune responses for applications in vaccines and cancer therapy.” He also wrote, he, “Developed methods for chemoselective particle functionalization for use in targeted drug and gene delivery.” And, “Led a multidisciplinary team of chemists, immunologists, and biologists in an NIH-funded collaborative project involving the design of novel protein-based vaccine formulations,” while also composing, “multiple scientific research proposals. Presented and published graduate work at national conferences and in peer-reviewed journals.”

One of the studies he published in the Journal of Molecular Pharmacology dealt with protein vaccines, which, according to the study, are “a safer alternative to traditional weakened or killed whole organism based vaccination strategies and have been investigated for their ability to activate the immune system against certain cancers.”

Whatever the motive behind Beaudette’s senseless murder, a family is heartbroken and two children will now grow up without their father who’s described as “the most genuine kind person you’d ever meet.”

Police are asking for anyone with information about this incident to contact the Los Angeles County Sheriff’s Department’s Homicide Bureau at (323) 890-5500. If you prefer to provide information anonymously, you may call “Crime Stoppers” by dialing (800) 222-TIPS (8477), use your smartphone by downloading the “P3 Tips” Mobile APP on Google play or the Apple App Store or by using the website http://lacrimestoppers.org

A GoFundMe account set up on behalf of his wife and has raised over $100,000.