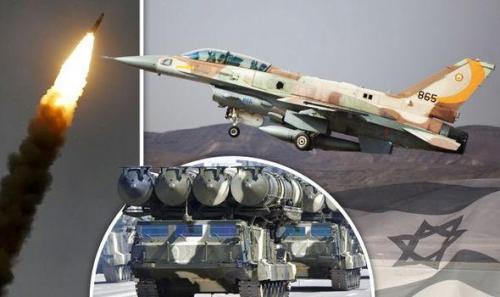 Israel continues ratcheting up its rhetoric this week in response to Russia’s Defense Ministry signaling it will likely move forward in arming Syria with the advanced S-300 missile defense system, bringing both Israeli and Lebanese airspace to within targeting range of Syrian missiles.

On Tuesday Israeli Defense Minister Avigdor Lieberman said in unambiguous terms that his country would attack such missile sites should Russia move forward on supplying them.

Liberman told Israel’s YNet, “What’s important to us is that the defensive weapons the Russians are giving Syria won’t be used against us,” and threatened further, “one thing should be clear: If someone fires on our planes, we will destroy them.”

Prime Minister Benjamin Netanyahu has in the past years of war in Syria – of which Israel is a significant player, especially given its longtime support of al-Qaeda linked anti-Assad insurgents to the south of Damascus – made it clear that transfer of the S-300 would constitute a “red line” on which Israel would act.

In 2013, when Russian President Vladimir Putin reportedly first considered the move, marking a major and exceptionally advanced update to Syria’s current Soviet-era deterrent systems, Netanyahu warned, “We’ll destroy your missiles if you deliver them to Assad.” He said that Israel would hit them before the system came online.

Though displaying an early reluctance to derail its delicate diplomatic relationship with Israel, Russia changed its tune on the very morning after the US-led coalition strike took place overnight on April 13. Russia’s first deputy chief of staff, Sergei Rudskoi, said at the time that Russia would “reconsider” whether to supply the air defenses to Assad – an issue previously thought dead as a result of prior Israeli-Russian summits in Sochi.

However, multiple international reports now indicate Russia is likely moving forward with transfer of the feared system which has a range of up to 150-200 kilometers (or 120 miles max).

The ministry added it plans to study a U.S. Tomahawk cruise missile captured by Syrian forces in a recent attack, in order to improve Russia’s own missiles, RIA reported.

And crucially, as Haaretz notes, “With Putin’s S-300, Assad’s army could even ‘lock-on’ IAF aircraft as they take off from bases within Israel.” And as one Israeli defense analyst put it, “Israel should be worried.” 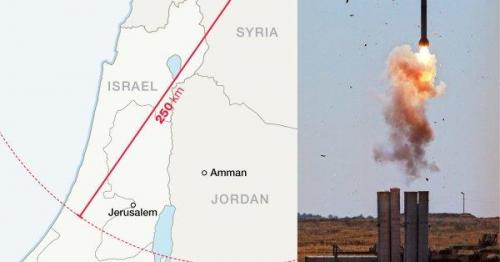 But what’s really behind Israel’s dire warnings to the world and longtime threats of acting on “red lines”? It is certainly not out of concern for acts of aggression coming from either Syria or Russia, as neither country has attacked Israel in recent history.

Instead, we find the opposite: Israel has attacked Russian allied Syria frequently and with impunity since at least 2013, and it simply wishes to maintain aerial superiority unimpeded (and going back to 2007, when it struck a suspected Syrian nuclear reactor near Deir Ezzor, as Israeli officials have recently admitted).

Last summer, the head of Israel’s air force for the first time openly acknowledged nearly one hundred IDF (Israeli Defense Forces) attacks on convoys and sites inside Syria over the course of the past 5 years. Perhaps a dozen more have occurred since then, with Syria only very recently retaliating against Israeli incursions, shooting down at least one Israeli F-16 jet near the Golan. Israel also reportedly participated in the US-led missile strikes on April 13 in the hope of weakening the Syrian Army’s clear dominant trajectory over the armed insurgency.

Indeed, in spite of over a hundred unprovoked Israeli attacks, Assad has not taken the bait of an Israeli desire for escalation for years now. While pro-government Syrians have themselves at times complained about Israel’s seeming ability to strike inside sovereign Syrian territory with impunity, Assad appears to be operating with the long-game in mind of “survival now, retaliation later”.

It was clear starting in 2013 that Israel’s semi-frequent strikes on largely non-strategic targets were more about provocation: should Damascus lob missiles back in Israel’s direction Netanyahu would launch an all-out assault while Syria was at its weakest in the midst of a grinding and externally funded al-Qaeda insurgency.

Concerning Syria’s current missile defense deterrent capabilities – though contested among analysts – Syria’s over 30-year old current deterrent system appears to have performed well, likely stunning the West and neighboring Israel (which itself played a part in the coalition attack) as it reportedly shot down 71 of the 103 cruise missiles, according to official Russian and Syrian government sources (Russia this week has offered proof that its version is correct, over and against Pentagon claims that not a single tomahawk was shot down).

Israeli military analysts are now themselves quite open about the end-goal here: it is all about Israel’s aim of maintaining the capability to do whatever it wants in Syria, without repercussions – whether international censure or domestic push-back against the Likud establishment.

One can look no further than “the centrist” Jerusalem Post, whose Deputy Managing Editor Tovah Lazaroff is unusually candid regarding Israeli aims while citing an Israeli general:

Israel fears the S-300 would hamper its ability to attack military sites in Syria that are dangerous to the Jewish State and would therefore allow Iran to strengthen its military foothold in that country.

“This is by far the most advanced weapons system in air defense in Syrian hands so far,” said Brig. Gen. Assaf Orion (ret.), “so theoretically it is an entrenchment to the apparent freedom of action that the Israeli air force enjoys over Syria’s sky.”

Meanwhile, Russian military sources were quoted in Haaretz as saying that if Israel tried to destroy the anti-aircraft batteries—as analysts have indicated Israel likely would—it would leads to “catastrophic consequences.”

After Trump’s ‘one-off’ attack on Syria and Russia’s non-engagement against what was in the end a big American fireworks show, many around the world breathed a collective sigh of relief that World War III had been avoided… but are we only witnessing a mere prelude to the final act?