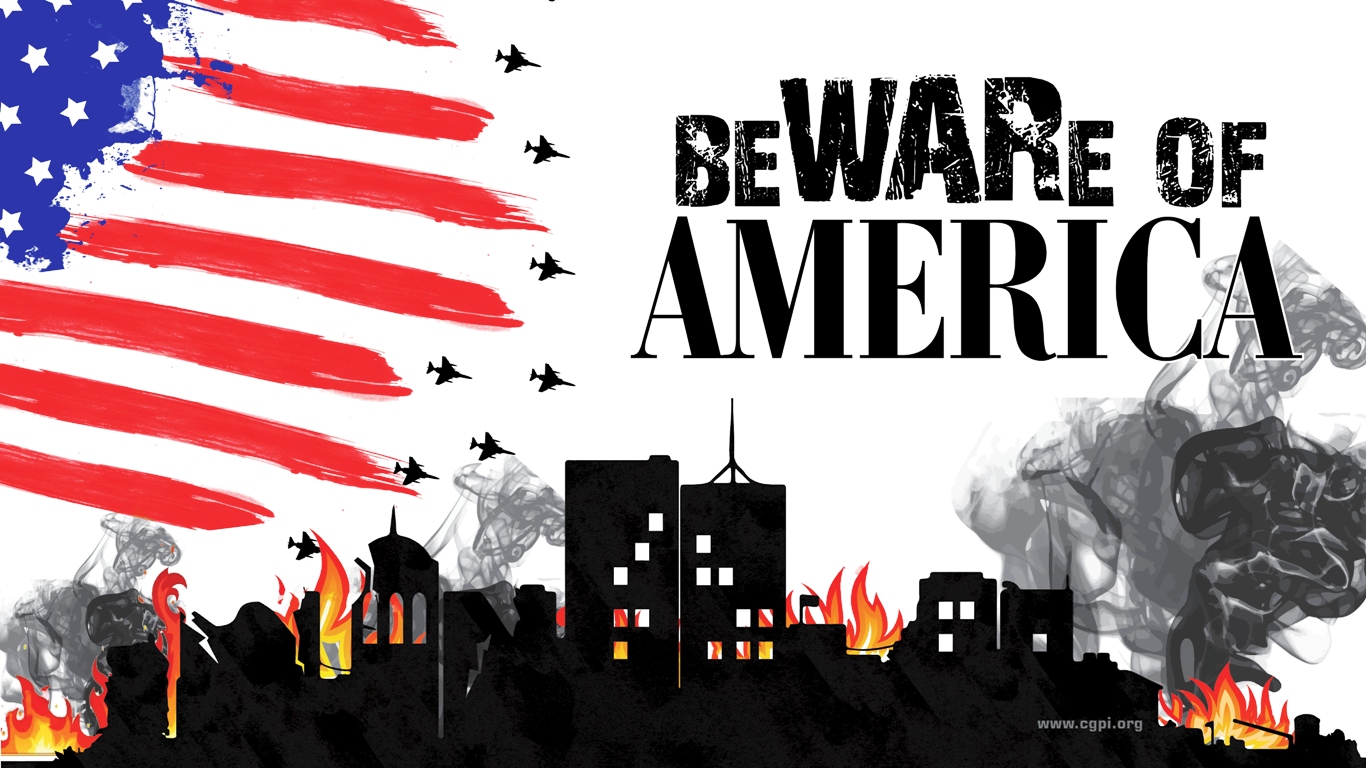 Dear America: Please Stop This Shit. Signed, The Rest Of The World.

They want you arguing over who should and shouldn’t be called a terrorist based on what ideology you subscribe to and what color the latest killer’s skin was. They do not want you talking about the way the label “terrorist” itself is being used to justify unconstitutional detentions, torture, mass surveillance, and wars.

They want you arguing over whether to support the Democrats because the Republicans will take civil rights away from disempowered groups or Republicans because the Democrats will take away your guns and force you to bake gay wedding cakes. They don’t want you talking about the fact that both parties advance Orwellian surveillance, neoliberal exploitation and neoconservative bloodshed in a good cop/bad cop extortion scheme to keep Americans cheerleading for their own enslavement.

They want you arguing about whether Trump did or did not collude with Russia. They do not want you looking at what preexisting agendas the CNN/CIA Russia narratives are advancing and who stands to benefit from them.

They want everyone fighting over table scraps while they pour unfathomable riches into expanding and bolstering their empire. They psychologically brutalize you with propaganda day in and day out, and then expect you to look to them for protection from the phantoms they invented.

They don’t want you paying attention to the growing number of signsthat the current administration is gearing up for a major military bloodbath which may lead our species into a third and final world war. They want you talking about Stormy Daniels instead.

And by “they” I of course mean the loose transnational alliance of plutocrats and defense/intelligence agencies who control the US-centralized empire, whose primary agenda is always to expand their own power and influence.

The “they” in question are aware that their empire is (according to their own data) entering post-primacy, which will lead to the rise of a multipolar world in which the US-centralized empire suddenly has rivals which can compete on equal footing for resources, assets and allies. Unless they do something very drastic very soon.

This arrival at post-primacy just so happened to coincide with the choice in 2016 between a warmongering establishment stalwart whom the DNC and media propaganda machine tried to force into the White House at great expense, and a billionaire who knew what people wanted to hear and has proven himself to be every bit the violent empire loyalist that his opponent would have been.

The election was fake and meaningless. Both candidates are owned and operated by the same unelected power establishment.

Now the Trump administration is being filled with more and more bloodthirsty neoconservatives of the same strain which backed Hillary Clinton, who are being promoted to higher and higher positions within that administration. Longtime Iran and Russia hawk Mike Pompeo’s promotion into Hillary Clinton’s old job as Secretary of State was quickly followed by the elevation of John Bolton, easily the most virulent neoconservative war hawk in Washington, to the position of National Security Advisor.

There were many perfectly qualified candidates who could have served as Secretary of State and National Security Advisor, but Trump selected the two most violent neoconservatives on the menu. There is no reason to do such a thing unless wars are planned; none of the countless feeble arguments I’m seeing from Trump apologists come anywhere close to a convincing argument to the contrary. All John Bolton does is war. You don’t appoint him to the leading advisory position on national security unless war is what you want.

In response to all this, Trump’s political opponents are of course talking about what he did with his penis.

Please stop this shit, America. If the US war machine goes after Iran or Russia it will likely mean a world war against multiple nuclear-armed countries, which could very easily send our species the way of the dinosaurs should a nuke get deployed in the fog of war. We don’t have time to focus on Stormy fucking Daniels.

Those most fiendishly devoted to the service of the empire would rather take that risk than see the US lose its dominant role on the global stage; for them there is no difference between the end of their empire and the end of their lives. From their point of view they are fighting for their lives, and they are willing to take all-or-nothing gambles with the lives of every terrestrial organism in order to win.

We are staring down the barrel of world war and possible extinction. This should deeply impact the hearts and minds of Trump’s opponents and his supporters. Stop arguing about Stormy Daniels and spread awareness about things that really matter.