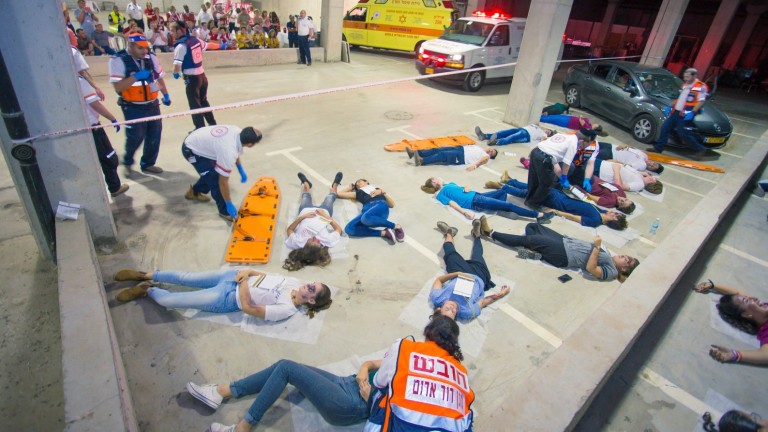 Is it a surprise that Israel is the country of origin of “Mass Casualty Event” training worldwide?  American law enforcement agencies send their officers to Israel on a regular basis to be trained by the IDF via MCE drills as seen in this photo.

I have received a number of tips from my readers revealing additional so-called “Mass Casualty Events” are now also planned for the cities of Dallas, Houston and Anchorage, Louisville and elsewhere.  Ads for “Crisis Actors” are appearing online at places like Craigslist” offering to pay such actors $1,000 for their participation in the upcoming “Drills” and the one for Louisville insists potential selectee “must be discreet.”

More “mass shootings” may be planned for Houston on March 2.  Dallas on March 18, and in Louisville, KY (Date not yet disclosed).

As most readers will likely recall, students at the High School in Broward County, Florida, reported to various media outlets that they were told Police would be holding a “Drill” at the school, and would be using “Blank ammunition” to simulate an active school shooter, the same day that Nikolas Cruz actually shot-up the school, allegedly killing 17.

With so many anomalies coming to light regarding that “mass-shooting” (Police standing-down, student “survivors” who seem to have graduated from other high schools years earlier, and 44 calls to police in the months and years preceding the shooting, all of which reported the shooter as dangerous, yet police did nothing) Americans are starting to wonder if these “mass-shootings” are being staged for political purposes?  Banning guns?

First up will be Houston, TX, allegedly on March 2.  An ad for Crisis Actors appeared on Craigslist as follows:

Next up is Dallas, TX on March 18.   This memo, allegedly from the City of Dallas, Office of Emergency Management (OEM) seeks people to play the part of victims of a Theater Collapse and tells them they must sign a “Hold Harmless Waiver.”

Will that “drill” possibly turn into a “terrorist Bombing” of a theater?   Here is the letter from Dallas OEM:

Next up is an Ad on Craiglist for Crisis Actors in Louisville for an unspecified date; who “must be discreet:

The Louisville “event” demands that Crisis Actors be “Discreet.”   Discreet?   Do they mean not like the one kid from Florida who is still all over TV and calling for boycotts?  Are these “events” going to be more “mass-shootings?”

Another such ad seeks Crisis Actors for Anchorage, AK for March 15: 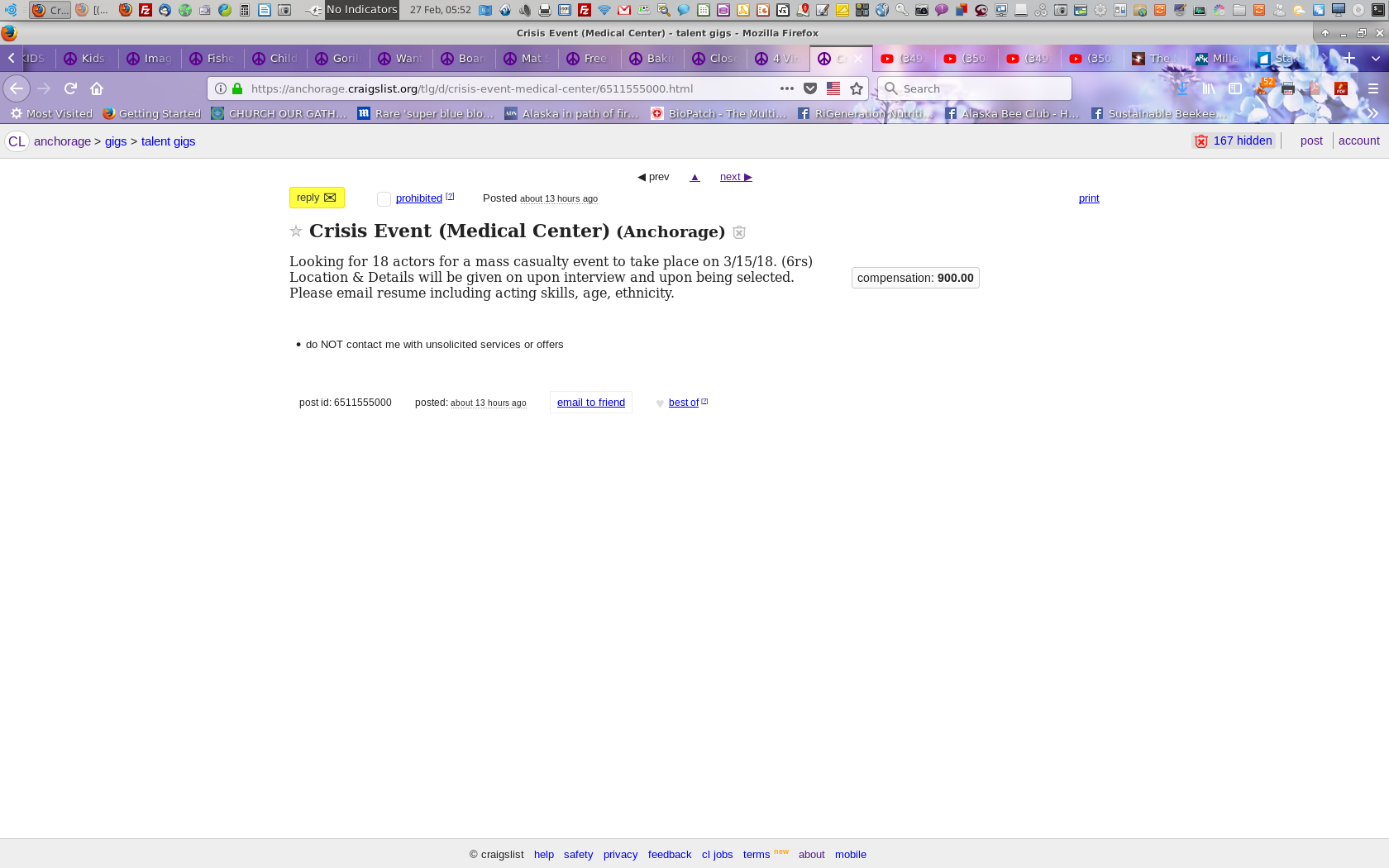 Nashville is also seeking “Simulation Actors”  who “must pass a background check!” 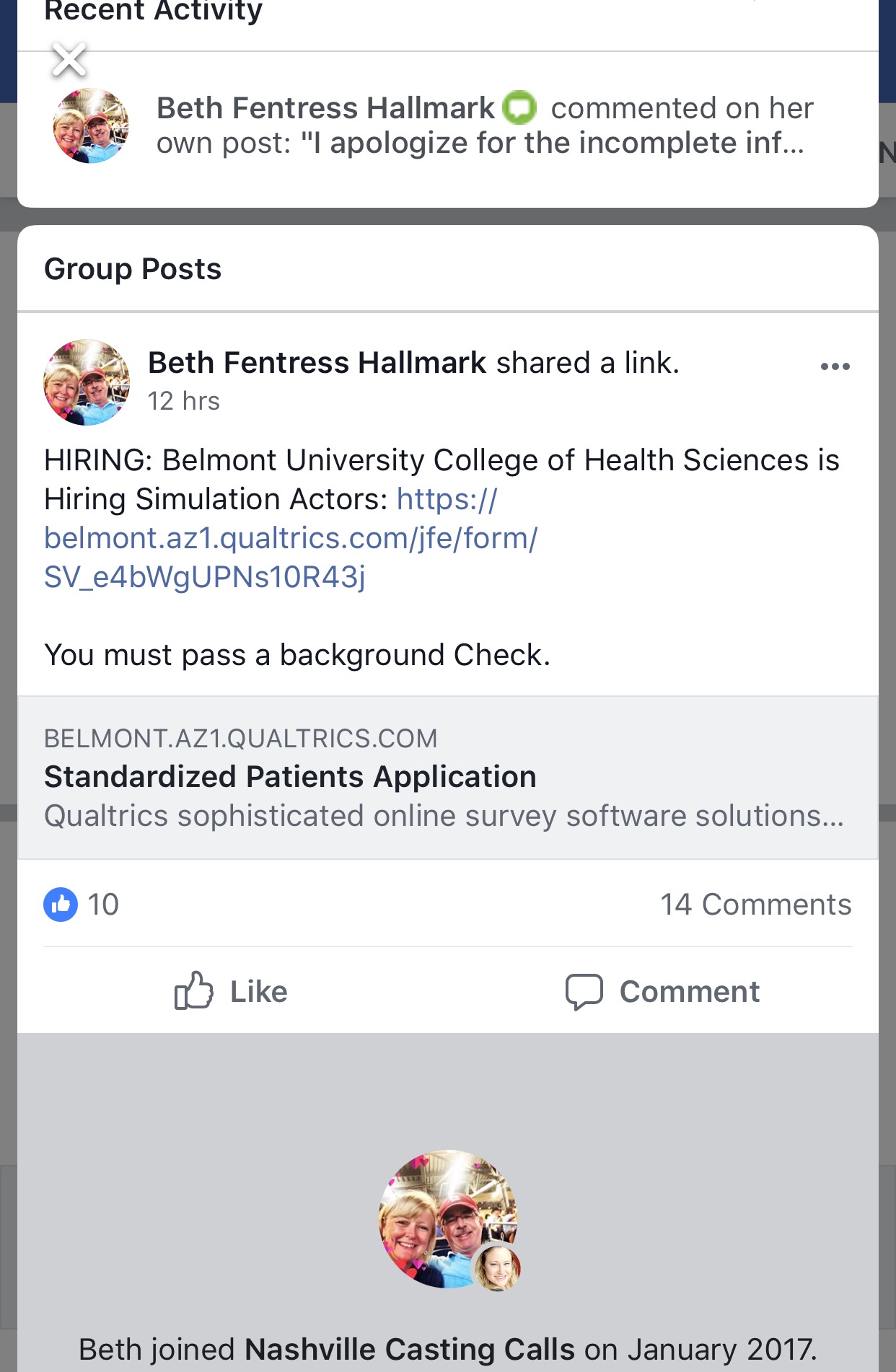 This is an update to the story above.  I have now been told that the Montana National Guard is seeking “Role-Players” for possible Nuclear, Chemical or Biological Weapons attack(s) for March 3-5 in Helena, MT, March , March 6-7 in Great Falls, MT.  Application HERE  (h/t to Steve Quayle)

It is entirely possible that every single one of these is perfectly legitimate.  It is also possible that one or more of them are not.  Citizens are urged to spread this information far and wide.  Be alert for claims of another “mass shooting” or another “Terrorist Bombing” and, if God forbid they actually take place, then we all know these events are being “staged.”

We may get some indication of that TODAY (Wednesday February 28) in Slidell or New Orleans, LA.  A prior story I did about similar “Crisis Actor” ads on Craigslist required such actors for a Mass Casualty Exercise TODAY.  You can read that story HERE.