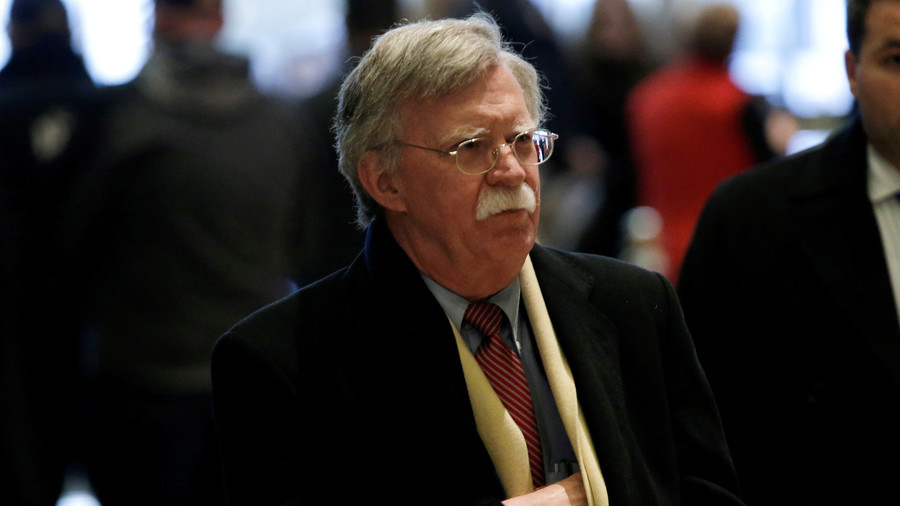 John Bolton’s new role as US national security adviser may spell trouble for security chiefs elsewhere. An apologist for the Iraq invasion on false pretexts, he is also well known for his hawkish effort to encourage war with Iran.

He also attempted to bring about a war with the Islamic Republic of Iran. After Bush made his infamous speech about the “axis of evil,” namely Iraq, Iran and North Korea, Bolton said there was “a hard connection between these regimes — an ‘axis’ along which flow dangerous weapons and dangerous technology.’’

After failing to be confirmed by the Republican-majority Senate, Bolton was temporarily appointed US Ambassador to the United Nations during recess and held the position from August 2005 to December 2006. Bolton said in the past that the US withdrawal from the International Criminal Court was the “happiest moment” of his political career.

Bolton has spent years pushing for war with Iran, making many impassioned speeches on Fox News, where he is a commentator. Even before he was announced as national security adviser, Bolton was behind the scenes pushing Trump to end the Iran nuclear agreement, the Joint Comprehensive Plan of Action (JCPOA). Politico reported it was he who had encouraged Trump to add to his October speech that the agreement “is under continuous review, and our participation can be canceled by me, as president, at any time.”

Bolton’s appointment further distances Trump from his campaign promises to ‘drain the swamp’ and pursue a non-interventionist foreign policy. One only has to look at the list of think tanks Bolton has aligned himself with to gain an idea of his motives, and the threat he may pose to peace in the Trump administration.

Bolton is a fellow at the conservative think tank the American Enterprise Institute, and chairman of the Gatestone Institute, known to publish questionable claims about Islam, including the myth of Muslims setting up “no-go areas.” The institute’s founder, Nina Rosenwald, has served on the board of the American Israel Public Affairs Committee (AIPAC) and the two organizations have a similar point of view with regard to Israel and Islam.

He was also involved with the Project for the New American Century, a neoconservative think tank founded by William Kristol and Robert Kagan to promote “American leadership” and military strength. The group’s founding members went on to populate the George W Bush administration.

Bolton was an adviser to the Jewish Institute for National Security of America (JINSA), which also pushes an anti-Iran agenda and aims to promote “American security cooperation with like-minded allies including, but not limited to, Israel; to engage the American defense community about the role Israel can and does play in securing Western, democratic interests in the Middle East.”