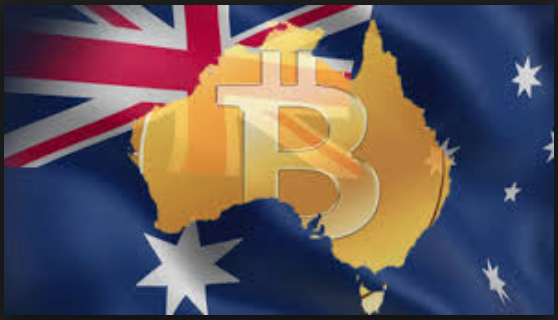 Adding to the pressures on bitcoin early this morning, the Sydney Morning Herald reported that bitcoin users across Australia are reporting that their accounts have been abruptly frozen by the country’s “Big Four” banks. And while the banks have remained largely tight-lipped about the closures, many angry account-holders are jumping to conclusions and blaming the banks for punishing them because of their involvement with bitcoin.

Bitcoin investors are claiming Australia’s banks are freezing their accounts and transfers to cryptocurrency exchanges, with a viral tweet slamming the big four and an exchange platform putting a restriction on Australian deposits.

So @NAB @CommBank @WestpacNZ and @ANZ_AU are all freezing customer accounts and transfers to @BTCMarkets @coinspotau @GetCoinJar @coinbase . #Banks can fight it, but people want control of their money #ausbiz #auspol

In response, some users complained that their activities with the cryptocurrency had still been described as a “security risk” by their financial institutions.

While not every bank had explicit policies governing their relationship with cryptocurrencies, according to the Morning Herald, Commonwealth Bank’s June 2017 terms and conditions for CommBiz accounts specifically excludes this activity, saying it can refuse to process an international money transfer or an international cash management transaction “because the destination account previously has been connected to a fraud or an attempted fraudulent transaction or is an account used to facilitate payments to Bitcoins or similar virtual currency payment services”.

A Commonwealth Bank spokesman said it was receptive to innovation in alternative currencies and payment systems “however, we do not currently use or recommend any existing virtual currencies as we do not believe they have yet met a minimum standard of regulation, reliability, and reputation compared to other currencies that we offer to our customers”.

“Our customers can interact with these currencies as long as they comply with our terms and conditions and all relevant legal obligations,” he said.

One Twitter user, Michaela Juric, who is known on twitter as Bitcoin Babe, said she had business accounts closed by 30 banks and posted a picture of a letter from ANZ, saying it was closing her accounts effective 30 January 2018 in accordance with its terms and conditions.

This is a letter I received a few weeks ago. Also included was a T&C's booklet. I've highlighted the clause they are referring to.
I have a PTY/LTD company, paying tax, registered with the OAIC and conduct all relevant KYC/AML/CTF checks. pic.twitter.com/DShAZPIjyi

The bank’s sudden decision to close the accounts of digital currency investors was not totally without warning: CoinSpot said it was putting a “temporary restriction on all forms of AUD deposits” that would remain in place until at least the first week of 2018 as a result of issues with Australian banks.

“We assure you we are just as unhappy with the situation as you, but unfortunately Australian banks have been so far unwilling to work with the digital currency industry which leads to frequent account closures and strict limits on accounts whilst they remain operational, in effect debanking our industry,” it said.

CoinSpot founder Russell Wilson said he was not aware of any new widespread issue, but was “monitoring” the situation.

“We are aware that on occasion banks will freeze payments while they clarify with their customers that the funds were not fraudulently sent from their account, this is standard best practice for the banks and protects everyone,” Mr Wilson said.

Meanwhile, representatives at the major banks offered some version of “no comment” to the Herald.

A Westpac spokeswoman would not comment on specific instances, but said it had controls in place to “actively verify the identity of our customers and monitor the activities of those customers”.

“Where we cannot verify the origin of transfers we may act to ensure we comply with Australia’s anti money laundering obligations,” she said.

A NAB spokeswoman said it was important to note the currencies are currently unregulated.

“While we don’t support unregulated currencies, NAB does not deny the right of individual customers to buy virtual currencies,” she said.

CoinBase, CoinJar and BTC Markets did not respond to request for comment.

While much of the carnage in bitcoin this morning could be attributed to the ongoing rotation into Ripple, it’s important not to ignore the impact of this news. If more banks around the world start closing the bank accounts of bitcoin users and bitcoin-related businesses, it could negatively impact the price as marginal buyers, worried about being shut out of the banking system, go running for the hills.