Is Landscaping Drama at the Root of Rand Paul’s Assault?

WASHINGTON — The violent altercation last week that left Senator Rand Paul nursing bruised lungs and broken ribs began over a landscaping dispute between the senator and his longtime next-door neighbor, according to neighbors and three Kentucky Republicans familiar with what transpired.

The precise provenance of the dispute was still a matter of disagreement on Monday. But the back story of the fracas began to come into focus and with it, the realization that Mr. Paul’s injuries could keep him from Washington, where Republicans in the Senate hold only a slim majority, for some time.

Mr. Paul had just stepped off a riding lawn mower on Friday when Rene Boucher, a retired anesthesiologist who lived next door, charged and tackled him. Because Mr. Paul was wearing sound-muting earmuffs, he did not realize Mr. Boucher was coming, according to one of the Kentucky Republicans and a friend familiar with the altercation.

“Rand never saw him coming or heard him coming,” said the friend, Robert Porter, who visited Mr. Paul on Saturday.

The damage was severe. Aides to Mr. Paul said on Sunday that the Kentucky Republican had suffered five broken ribs and bruises to his lungs. When a Kentucky State Police trooper showed up at Mr. Paul’s home on Friday afternoon, the senator had small cuts around his nose and mouth, and had trouble breathing because of the injuries to his ribs.

Police have charged Mr. Boucher, 59, with a misdemeanor count of assault. Authorities on Monday were considering raising the charge to a felony, given the severity of Mr. Paul’s injuries.

Mr. Paul, 54, has long stood out in the well-to-do gated neighborhood south of Bowling Green, Ky., that he calls home. The senator grows pumpkins on his property, composts and has shown little interest for neighborhood regulations.

But the spectacle of the incident — one former doctor attacking another in broad daylight — was altogether different. Competing explanations of the origins of the drama cited stray yard clippings, newly planted saplings and unraked leaves. 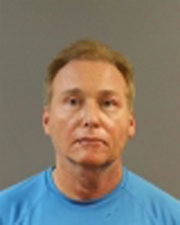 “We don’t have squabbles out here,” said Jackie Douglas, a neighbor of the two men. “If you can afford to live out here, you tend to your own business.”

The two men were anything but strangers. Mr. Paul and Mr. Boucher have lived next to each other for 17 years, and at one point even worked at the same hospital. Mr. Boucher practiced for many years as an anesthesiologist and invented a rice-filled vest used for back pain. He now lives alone, neighbors said.

Matthew J. Baker, a lawyer for Mr. Boucher, called the matter “a very regrettable dispute” between neighbors over a “trivial” matter.

The incident “has absolutely nothing to do with either’s politics or political agendas,” Mr. Baker said in a statement on Monday. “It was a very regrettable dispute between two neighbors over a matter that most people would regard as trivial.”

“We sincerely hope that Senator Paul is doing well and that these two gentlemen can get back to being neighbors as quickly as possible,” Mr. Baker said.

In Kentucky and in Washington, Mr. Baker’s comment about the “trivial” nature of the dispute prompted speculation about what had gone down, and how long Mr. Paul would remain at home.

Neighbors said it was well known that the men had strongly divergent political views — Mr. Paul is a libertarian who identifies as a Republican; Mr. Boucher is a registered Democrat. But they said the dispute had more to do with long-simmering tensions over their adjacent properties than politics.

“They just couldn’t get along. I think it had very little to do with Democrat or Republican politics,” said Jim Skaggs, who developed the gated community and who lives nearby. “I think it was a neighbor-to-neighbor thing. They just both had strong opinions, and a little different ones about what property rights mean.”

Asked about long-leveled allegations that Mr. Paul had disregarded neighborhood regulations, Mr. Skaggs, who is also a former leader of the county Republican Party, said that the senator “certainly believes in stronger property rights than exist in America.”

Mr. Porter, who says he spoke with Mr. Paul on Saturday after the incident, said the senator told him he and Mr. Boucher had not talked in years. Mr. Porter said he was not familiar with any landscaping disputes between the two neighbors.

Doug Stafford, a senior strategist to Mr. Paul, declined to answer questions about the dispute on Monday. He said only that it was “a pending, serious criminal matter involving state and federal authorities.”

On Sunday, Mr. Paul wrote on Twitter that the altercation was an “unfortunate event.” Initial reports described his injuries as “minor,” and a spokeswoman for Mr. Paul said the senator was “fine.”

The three Kentucky Republicans, who requested anonymity to discuss the case, said Mr. Paul had been embarrassed by the incident and was not interested in drawing attention to it.

Mr. Paul spoke on Monday with his fellow Kentucky senator, Mitch McConnell, the majority leader, who wished him a speedy recovery.

We are all thinking about my fellow Kentuckian @RandPaul, hoping he’ll recover quickly & return to the #Senate very soon.

Mr. Boucher was charged with fourth-degree assault and released on $7,500 bond. He is set to appear in court on Thursday. He was also ordered to not have any contact with Mr. Paul or his family and staff, and to stay at least 1,000 feet away from the senator unless Mr. Boucher was in his own home, next door.

Master Trooper Jeremy Hodges, a spokesman for the Kentucky State Police, said that if Mr. Paul’s injuries are deemed severe enough by the Commonwealth of Kentucky’s prosecuting attorney, Mr. Boucher could be tried at a circuit court level for a felony. The officer could also take evidence to a grand jury to seek an indictment against Mr. Boucher.