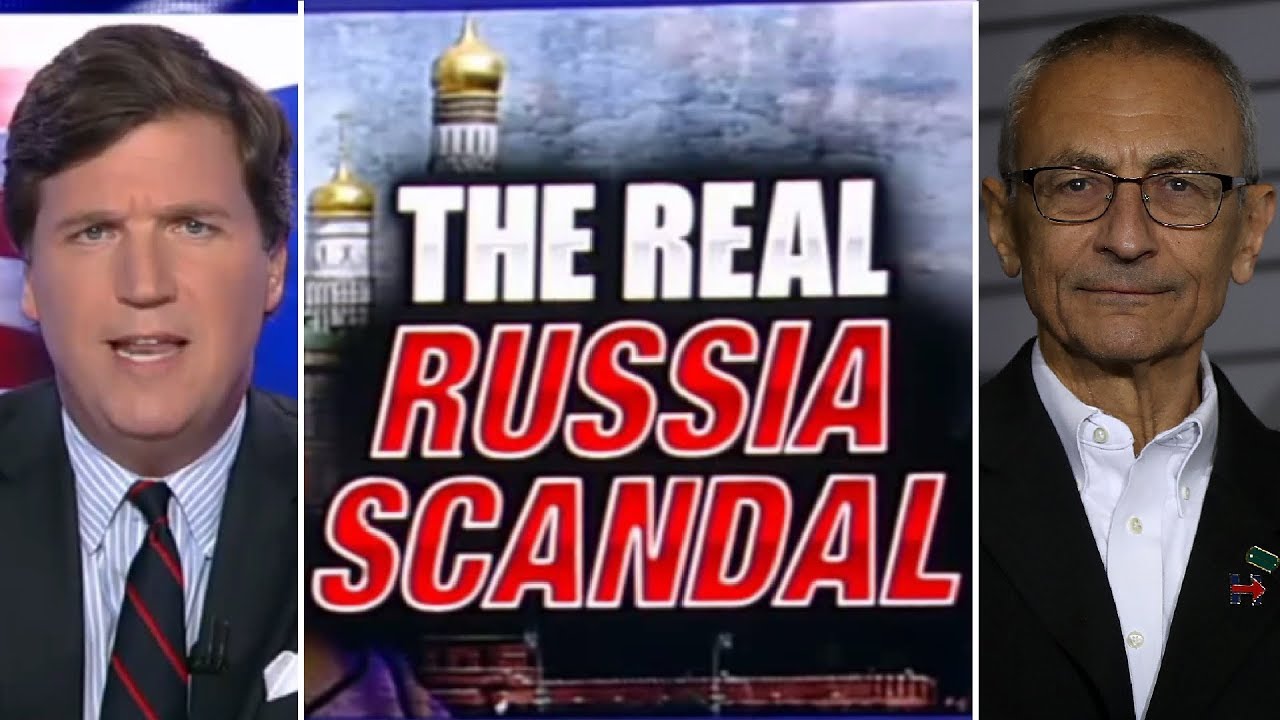 President Trump Had A Plan Close To His Vest – Aided By His Beloved Military – Moving Fast – Indictments – Mainstream Media Blackout.

Movements are coming so fast now, it is hard to keep up.  I just wrote an article about the absurdity of the Russia/collusion fake story still being pursued by Special Prosecutor Mueller, when today it seems the Podesta Brothers are being indicted and even Hillary herself.  It is being reported that Tony Podesta begged those who arrested him not to break it to the media.  He would turn himself in, with the stipulation it would not be publicized.  I have had my doubts about the actual arrests of the Podesta Brothers at this time, as John Podesta was tweeting heavily not too long ago about how President Trump was setting him up.  He was really tweeting in a type of nervous rage.  His last actual tweet was October 31, 2017.

Although, I have not found an actual arrest record of the Podesta Brothers, there are plenty of voices on the Internet saying they have been arrested.  The one main rumor I have heard is that Tony turned himself in, while John has not.  I even heard they were fleeing the Country, but they were caught.

The below is a tweet about Tony being arrested.

@realDonaldTrump seems a lot more worried now than July 2016 when he asked the Russians to hack our campaign (3/3) https://t.co/B9ILlYRwZr

I found an actual synopsis of what is occurring at this time, and after I read it, it really rang true to me.

“Trump and the military have been planning the second American Revolution. But instead of the British, this time they’ll be fighting the CIA, FBI, NSA, Deep State and all their puppets, actors and hired goons to take back control of the country. Trump has gone to Asia for the next 12 days and is being protected by the Air Force and Navy in classified locations while the military takes over in America. North Korea is just a false flag, they’re controlled by the CIA. MSM is controlled by the CIA. Deep state is controlled by the CIA. KKK and terrorist organizations in this country are aided by the FBI+CIA. Every branch of the government, every organization, is helplessly corrupt and compromised except for one; the military. The constitution gave full control of the military to the president for a reason – to deal with any branches of government that become too powerful. ANTIFA is a false flag, the military has already infiltrated them to gather intel, they won’t be a threat. Soros, Obama, Clintons, Podestas, etc. will be BTFO.”

I don’t know how many of you are aware of the “Q Anonymous” identity, who has been posting on 4chan, but I have been keeping up with it.  It is quite interesting, and I have been able to connect quite a few dots.  You can read some of his breadcrumbs, as he calls them:  http://fellowshipoftheminds.com/2017/11/05/rumor-that-tony-podesta-was-arrested/

The below video talks about some of the breadcrumbs “Q Anonymous” has dropped.

One thing which is perfectly clear is this person is a devout Patriot, very religious, and is dedicated to President Trump.

This video explains the indictments and is very informative as to what is occurring right now.

Published on Nov 8, 2017
Sealed Indictments are piling up. Do these link directly to the Clintons? The Deep State? How is Tony Podesta and the Saudi Arabians linked to all of this?

This video speaks about Hillary Clinton being indicted for the Trump dossier and the Uranium One scandal.

Published on Nov 9, 2017
Rep Jim Jordan and House Freedom Caucus orders for immediate INDICTMENTS OF HILLARY CLINTON following the BOMBSHELL discovery made on the investigations into the TRUMP dossier and the URANIUM ONE.

I just got a news alert in my email, and this is not good.  A federal judge has just tossed a lawsuit that would have pushed the State Department and FBI to do more to try to track down Hillary Clinton’s emails, ruling the government has done all it reasonably could to locate the former secretary of state’s messages.  Two groups, Judicial Watch and Cause of Action, has sue  d in 2015 demanding the government recover all of Clinton’s emails, saying she violated open-records laws by not preserving her messages. The judge said the FBI did what it could.  I beg to differ with that assessment.  Oh, by the way, where has James Comey been hiding?

I want to talk about something interesting which is being mentioned on the Internet by various players. Some Intelligence agents think the Trump/Russia investigation might be a counterintelligence scam.  Yeah, I know…interesting.  I have considered it, but I do not believe it to be true.  However, many do.  It goes like this:

Speaking about James Comey, some believe that he and other intelligence chiefs were using Trump as a chess piece in their counterintelligence operation against the Kremlin by feeding him salacious and unverified information from the dossier to see how Moscow might react.  Yeah, right.  Comey may be trying to come up with an excuse for doing what he did, but there is not one.

According to Mr. Comey, he “knew the media was about to publicly report on the material” and felt they needed to inform Mr. Trump about it. That way, “to the extent there was some effort to compromise an incoming president, we could blunt any such effort with a defensive briefing,” the former FBI director said.

He also said FBI leaders had discussed among themselves whether to inform Mr. Trump that the bureau was not actively investigating him personally. Without Mr. Trump directly asking the question, Mr. Comey said, he told the president-elect he was not under investigation.

All I can say if this is true, James Comey is a much worse person than I thought.  I am just happy to know he is no longer with the FBI.

Let’s talk about what we are really facing at this time, as there are so many different aspects of war we are fighting every day.  We are soldiers whether we like it or not, as the only survival tactic we have is to fight back every time we are hit. Fearing the wrath of angry masses catching onto their evildoing, the globalists are stepping up their attacks on humanity.

A plan that George Soros has had in the works is unfolding right here and right now on US soil. The countdown to chaos and implosion is upon us. And on the propaganda front centered on controlling the news, we’re also witnessing an equally unprecedented parallel process of deep state ratcheting up its multi-tentacled war waged against us the people, against our First Amendment rights, and against the truth exposing the elitist perpetrators’ crimes.

Mainstream media spews out fake news propaganda, making it more chaotic every day.  Most just give up and say to hell with the news. The CIA owns and controls MSM, and more are waking up to that fact every day.  The Deep State is intent in controlling the masses, and they intend to wipe out any one, who works against them.

The CIA’s strategy has been to escalate its so called “anti-fake news” campaign, recruiting thousands of paid shills to disseminate disinformation to discredit, smear, confuse and ultimately censor and eliminate the independent alternative news media as the last chance for the American people to access the truth about the crime violations taking place. With the CIA listening and watching both our every move as well as President Trump’s every move, deep state is deceitfully utilizing every weapon of mass destruction in its ungodly arsenal to subdue, imprison and destroy us.

The internet giants on social media have introduced the slippery slope of various thinly disguised censorship measures, whereby links and articles deemed as fake news by anyone who registers a complaint joined by a couple others, concluding that something on the internet rings either untrue or objectionable, can then be deleted and removed. I am experiencing censorship right now, and YouTube makes it impossible to enjoy a video any longer.

Use of third party fact checkers like Snopes as “truth arbiters” is being implemented, in itself arguably a highly biased source of so called truth. I have recently sent Snopes two emails complaining of their false so-called facts.

In the electronic age online censorship is equivalent to burning books. We’re being attacked on all fronts because New World Order autocrats, in reaction to losing their grip of power and control over the growing legions of awakened citizens, must destroy all their designated enemies that of course begin with President Trump and 90% of us people on this planet, who refuse to either be owned or eugenically eliminated.

We are now in the fight of our lives, standing up for both truth and our freedom in an epic battle of the ages to take down the demonic Satan worshipping cabal once and for all.

A growing percentage of the population recognizes mainstream media as the actual purveyors of fake news, subsequently fast losing its dwindling readership and viewing audience due to far more honest and accurate news accounts from selected alt media sites.

Trump is posing such a threat to the new world order, deep state is escalating its assault on him, calling for his overthrow in a nationwide insurgency, while targeting independent news sources for elimination. Using Google and Facebook as social media censors, deep state totalitarianism is ultimately achieved only when people’s access to the truth is completely sealed and cut off, thereby enabling absolute control over the flow of mis/information and news to the thoroughly brainwashed, kept in the dark, ignorant masses.

My worst fear is losing my First Amendment Right, but I am hoping and praying that the change we are currently seeing will continue as the miracle it is.

I will leave you with a message just put out by “Q Anon” yesterday:

This domino will come last.

The others will fall because of SA and NK, you only have to watch now.

China is on board.

The indictments are ready.

The Titanic LEAKs of all time are coming.

Nothing can stop this.

Sounds really good to me!