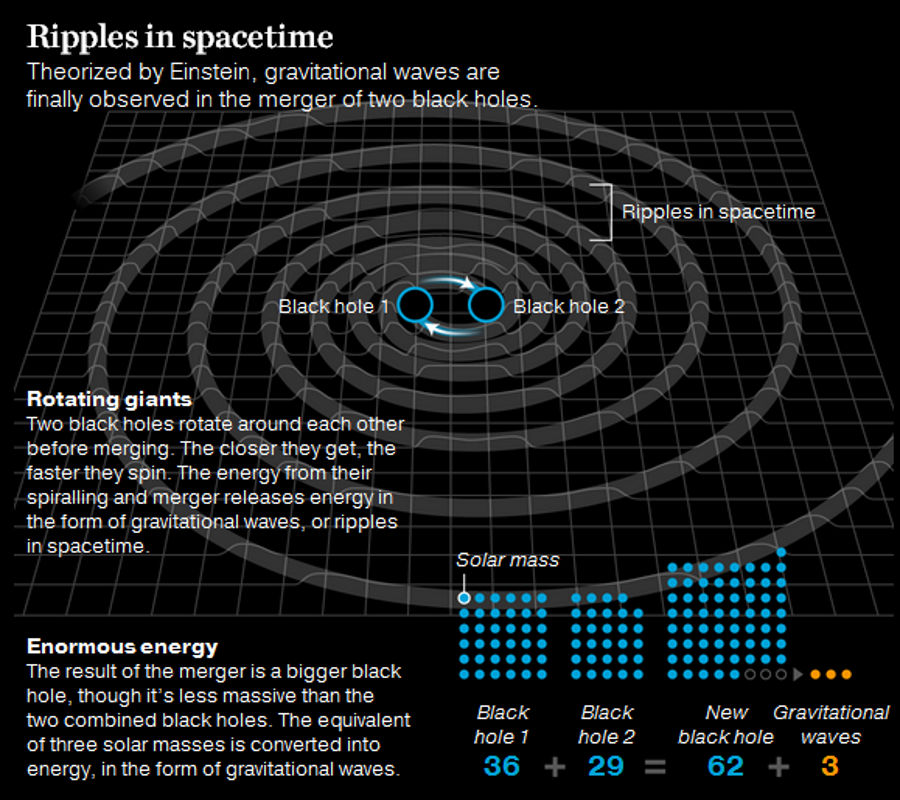 Astronomy Picture of the Day

Discover the cosmos! Each day a different image or photograph of our fascinating universe is featured, along with a brief explanation written by a professional astronomer.

LIGO-Virgo GW170814 Skymap
Illustration Credit: LIGO– Virgo Collaboration – Optical Sky Data: A. Mellinger
Explanation: From around planet Earth three gravitational wave detectors have now reported a joint detection of ripples in spacetime, the fourth announced detection of a binary black hole merger in the distant Universe. The event was recorded on 2017 August 14, and so christened GW170814, by the LIGO observatory sites in Hanford, Washington and Livingston, Louisiana, and the more recently operational Virgo Observatory near Pisa, Italy. The signal was emitted in the final moments of the coalescence of two black holes of 31 and 25 solar masses located about 1.8 billion light-years away. But comparing the timing of the gravitational wave detections at all three sites allowed astronomers to vastly improve the location of the signal’s origin on the sky. Just above the Magellanic clouds and generally toward the constellation Eridanus, the only sky region consistent with signals in all three detectors is indicated by the yellow contour line in this all-sky map. The all-sky projection includes the arc of our Milky Way Galaxy. An improved three-detector location of the gravitational wave source allowed rapid follow-up observations by other, more conventional, electromagnetic wave observatories that can search for potentially related signals. The addition of the Virgo detector also allowed the gravitational wave polarization to be measured, a property that further confirms predictions of Einstein’s general relativity. 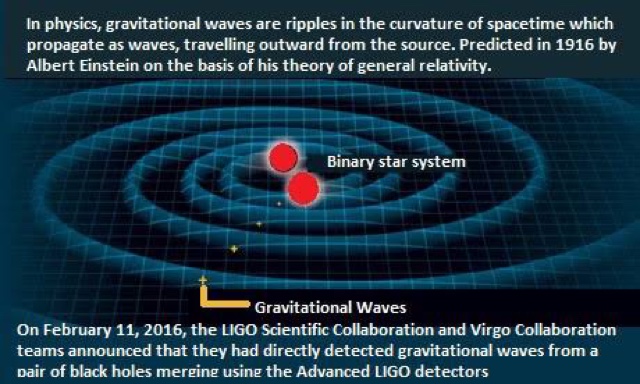