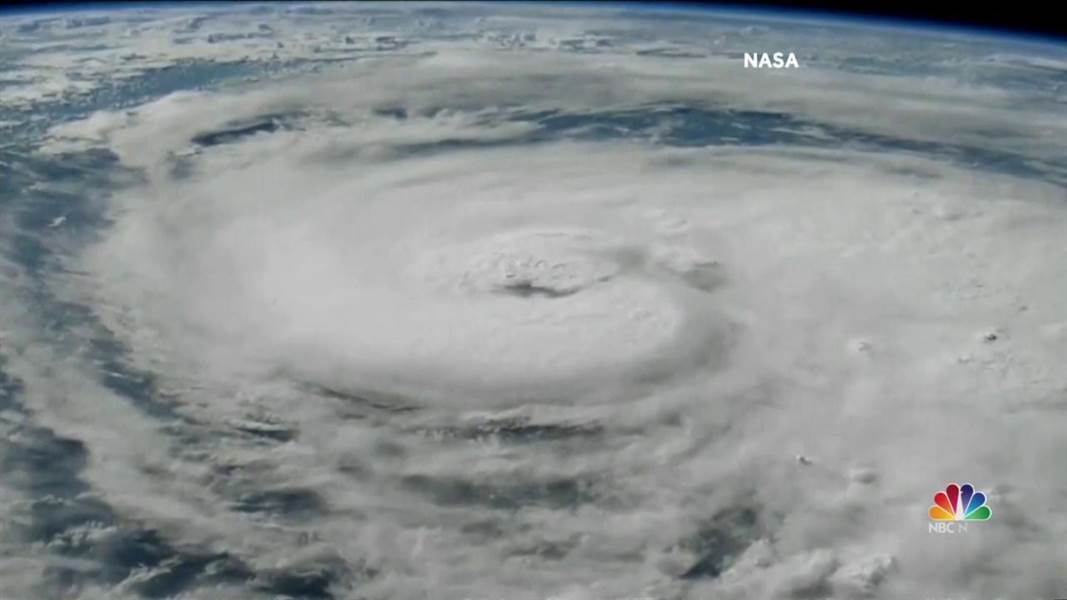 People walk through flooded streets during the aftermath of Hurricane Harvey on Sunday in Houston, Texas. (Brendan Smialowski/AFP/Getty Images)

Update at 6:20 p.m.: The reality of Hurricane Harvey—now a tropical storm—is proving to be far more devastating than even the direst predictions. Rising floodwaters are taking over large parts of Houston, turning streets into rivers that can only be crossed with a boat (or kayak). Meanwhile, many residents of the nation’s fourth-largest city were often left stranded, with nowhere to turn but the roofs of their homes waiting for overstretched emergency crews to lend a hand. “This will be a devastating disaster, probably the worst disaster the state’s seen,” William “Brock” Long, the new director of the Federal Emergency Management Agency, said.

Houston. Can't imagine what another two feet of rain would do.
ht @kevinselle pic.twitter.com/LUBzD4XzM1

At least six people have died as a result of the flooding, but everyone expects that number to keep rising considering rescue workers have not been able to reach some of the worst-hit areas. The flooding in Houston was so extensive that officials couldn’t even say that one area was the worst affected.

More "before" and "after" of downtown Houston (via @Ctycksen) pic.twitter.com/rtew7U3ven

The National Weather Service made it clear that we were entering were uncharted territory, noting that the effects of Harvey are “unprecedented & all impacts are unknown & beyond anything experienced.” The one thing that seems certain is that things will get worse before they get better as some areas of Houston and its subrubs could receive as much as 50 inches of rain.

This event is unprecedented & all impacts are unknown & beyond anything experienced. Follow orders from officials to ensure safety. #Harvey pic.twitter.com/IjpWLey1h8

“What we’re seeing is the most devastating flood event in Houston’s recorded history. We’re seeing levels of rainfall that are unprecedented,” said Steve Bowen, chief meteorologist at reinsurance firm Aon Benfield. More than 3,000 national state guard troops are being deployed to the area to assist with the recovery efforts as President Donald Trump plans to travel to Texas on Tuesday.

Original post at 10:52 a.m.: It was a race against the clock in many parts of southeast Texas on Sunday as rescue workers struggled to keep up with the rising floodwaters that came after Hurricane Harvey hit the coast a Category 4 hurricane packing winds of 130 mph on Friday night. Harvey may have been downgraded to a tropical storm but the danger for residents across a large swath of the state only continues to grow as some of the worst fears of flooding are starting to become a reality. Houston woke up to flooded devastation on Sunday as dry streets in the country’s fourth-largest city “turned to speeding rivers in a matter of minutes.”

At least five people have died in the Houston area in flood-related deaths, according to the National Weather Service. And the number is likely to rise considering many of the worst-hit areas remain inaccessible to rescuers and the flooding in the Houston area is expected to worsen.

“It’s catastrophic, unprecedented, epic—whatever adjective you want to use,” said Patrick Blood, a National Weather Service meteorologist. “It’s pretty horrible right now.” Parts of Harris County, which includes Houston, have experienced more than 20 inches of rain over the past 24 hours. Gov. Greg Abbott warned floodwaters are going to rise over the next few days as Harvey continues dumping inches upon inches of rain. “We’re measuring rain these days not in inches but in feet,” Abbott said on Fox News Sunday. “All we can do is to provide as many resources as possible to save as many lives as we can.”

Hundreds of people were making desperate calls to 911 Sunday morning, hoping to be plucked away from rooftops. Early Sunday, Harris County officials estimated that some 1,000 water rescues had already taken place. Houston police officers also evacuated two apartment complexes overnight. “It breaks your heart,” Houston Police Chief Art Acevedo said during a livestream on Twitter as he stood in waist-high water. “But it’s Texas. We’ll get through it.” Harvey is expected to continue slowly moving toward Houston through Wednesday. “The flooding is only going to get worse as we go forward,” said Michael Palmer, lead meteorologist at the Weather Channel.

The Coast Guard was overwhelmed with requests for help as it carried out urban search and rescue operations in the greater Houston area on Sunday morning. “Currently there are five MH-65 Dolphin Helicopters conducting rescues,” the Coast Guard said. Officials are urging residents to stay put even if some water has entered their homes, and not to call emergency services unless it’s a life or death situation. “911 services at capacity. If u can shelter in place do so, a few inches in your home is not imminent danger. Only call if in imminent danger,” the city of Houston tweeted.