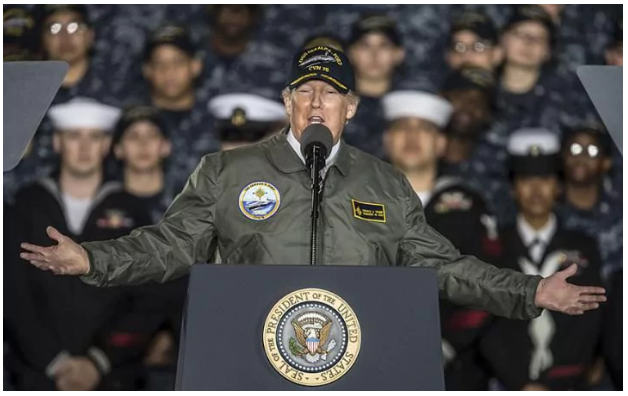 Early on Saturday morning President Donald Trump launched a Twitter tirade against his predecessor Barack Obama, accusing him of having ordered wire tapping at Trump Tower in New York.

Amid speculation over the origin of the allegations it emerged that they may stem back to an exclusive report by the British independent journalist, novelist, and former Conservative MP for Corby, Louise Mensch, an opponent of Mr Trump.

On Nov 7, Mrs Mensch, who now lives in New York, published an article on the libertarian website Heat Street.

Citing two counter-intelligence sources it suggested a warrant had been issued to the FBI by a secret court to investigate whether there had been communications between a computer server at Trump Tower and two Russian banks.

The warrant was reported to have been granted under the Foreign intelligence Surveillance Act, which allows a clandestine court to authorise electronic surveillance in cases involving agents of foreign powers.

On Friday, months later, the report was cited at the start of a lengthy article on Breitbart News, the website of which White House chief strategist Steve Bannon used to be executive chairman.

The Breitbart article also gave a detailed rundown of an argument made on Thursday night by Mark Levin, one of the leading conservative talk radio hosts in America.

In his lengthy analysis the influential Levin told his seven million listeners: “The question is – was Obama surveilling top Trump campaign officials during the election?

“We absolutely know this is true. The FBI did a preliminary criminal investigation based on a potential connection between a server in Trump Tower and a couple of Russian banks.

“That turned out to be a dry hole, but one of the most outrageous things I’ve ever seen…totally uncovered by the media.”

According to the Washington Post the Breitbart News article, referencing the work of Mrs Mensch and Levin, was circulating among White House aides on Friday.

Last month Mr Trump referred in a speech to “what’s happening last night in Sweden”. He later clarified that he was making reference to a story broadcast the previous night on Fox News about Sweden and immigration.