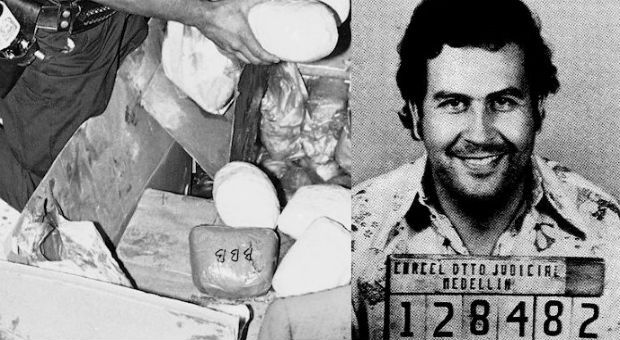 Juan Pablo Escobar Henao, the son of the notorious drug kingpin, Pablo Escobar, has admitted his father “worked for the CIA” selling Cocaine.

In a brand new book, the son of Medellín drug king Pablo Escobar says that his father worked for the CIA (English translation).

The U.S. government allowed the Mexican Sinaloa drug cartel to carry out its business unimpeded between 2000 and 2012 in exchange for information on rival cartels, an investigation by El Universal claims.

Dr. Edgardo Buscaglia, a senior research scholar in law and economics at Columbia University, says that the tactic has been previously used in Colombia, Cambodia, Thailand and Afghanistan.

“Of course, this modus operandi involves a violation of public international law, besides adding more fuel to the violence, violations of due process and of human rights,” he told El Universal.

Myles Frechette, a former U.S. ambassador to Colombia, said while that the problem of drug trafficking in Colombia persists, the tactic of secret agreements had managed to reduce it. The period when the relationship between the DEA and Sinaloa was supposed to have been the closest, between 2006 and 2012, saw a major surge of violence in Mexico, and was the time when the Sinaloa cartel rose significantly in prominence.

There have long been allegations that Guzman, considered to be “the world’s most powerful drug trafficker,” coordinates with American authorities.

But the El Universal investigation is the first to publish court documents that include corroborating testimony from a DEA agent and a Justice Department official.

According to the motion, the deal was part of a ‘divide and conquer’ strategy, where the U.S. helped finance and arm the Sinaloa cartel, through Operation Fast and Furious, in exchange for information that allowed the D.E.A. and FBI to destroy and dismantle rival Mexican cartels.

The motion claims Mayo, Chapo and Zambada- Niebla routinely passed information through Loya to the D.E.A. that allowed it to make drug busts. In return, the U.S. helped the leaders evade Mexican police.

It says: “In addition, the defense has evidence that from time to time, the leadership of the Sinaloa Cartel was informed by agents of the DEA through Loya that United States government agents and/or Mexican authorities were conducting investigations near the home territories of cartel leaders so that the cartel leaders could take appropriate actions to evade investigators– even though the United States government had indictments, extradition requests, and rewards for the apprehension of Mayo, Chapo, and other alleged leaders, as well as Mr. Zambada-Niebla.”

Under the remit of the War on Drugs, millions of U.S. citizens have faced arrest and jail time for minor, nonviolent charges. All the while, it has been revealed, the U.S. government has been enabling billions of dollars worth of drugs to flood into the country from Mexico because of shady deals with the notorious Sinaloa cartel.

Sinaloa (believed to supply 80 percent of Chicago’s street drugs) has been working with U.S. authorities since 2000 to provide information in return for immunity and undisturbed drug trafficking. Court documents obtained by El Universal show testimony from DEA and DOJ officials affirming the relationship.

Watch the Following Videos, and Decide For Yourself …

From a 60 Minutes special with Mike Wallace reporting:

And see these short video clips:     And see this and this.

Even if you don’t believe that the agencies as a whole engaged in hanky panky, there were certainly rogue agents who did.

For example, agents for the Drug Enforcement Agency had dozens of sex parties with prostitutes hired by the drug cartels they were supposed to stop (they also received money, gifts and weapons from drug cartel members).

Postscript: Interestingly, Nixon’s chief policy officer – John Ehrlichman – said that the war on drugs was launched as an excuse to attack the antiwar left and blacks.