What really happened to the missing Malaysia Airlines flight MH370?

Malaysia Airlines flight MH370 has been said to have disappeared from the sky in the early hours of Saturday, March 8th, 2014, subsequently over Vietnamese airspace at 35,000 feet heading for Beijing. The flight was carrying some 227 passengers and 12 crew members.

This begs the question: How would it be possible in this day and age for a large airliner to just disappear off of radar without a beacon from the jet’s transponder – even if the crew was incapacitated?

Many aeronautical experts agree that this event is indeed ‘highly unusual’ if not outright unprecedented – at that altitude.

As air traffic controllers track commercial jets from two different types of radar. The primary radar tracks a plane’s position, while a secondary radar talks back and forth electronically with the locator or transponder on the plane, requesting more specific information from that device.

Sid McGuirk, an associate professor of air traffic management at Embry-Riddle Aeronautical University in Florida had this to say following the mysterious disappearance of flight MH370:

“The flight crews use combinations of high-frequency radio, satellite-based voice communication and text data networks to report to ATC ( air traffic control) the exact time, position and flight level when the crossing begins.”

Based on this information it seems that the public has not been given the full story as to what has happened to the missing flight, making it unlikely that the event was ‘sudden and catastrophic’ as the plane apparently turned around according to initial reports, traveling some 350 miles, making it to Malacca Strait, according to Malaysian officials. It would have taken 15 to 30 minutes for the plane to land according to reports, leaving a ghost pattern on radar as to their location and plenty of time for a distress signal if the plane wasn’t hijacked.

We’ve also been told by other media outlets that the transponder and tracking systems were turned off at some point while the plane was flying low.

When were they switched off and why where authorities searching in a different area if they had this information in the early stages of the investigation?

Air traffic controllers would have known the exact moment that something had changed during the course of this flight.

IMAGE: The new flight path that flight MH370 was said to have taken.

As the search intensifies for the missing flight, many theories are pointing towards foul play but what would be the motive?

Malaysia has seen an economic boom over the past few decades, as a majority of the people have a higher standard of living in recent years. The capital Kuala Lumpur, has a dense urban cityscape that would rival any city in the United States, as well as Europe, with its high-end shopping centers, condos and private schools. According to a census almost two-thirds of the population is Muslim. The average household income has nearly doubled since 1990. Like most places these days, there is a great divide among more affluent Malaysians and those who are poverty-stricken.

Malaysia is also rich with ‘massive deposits of oil’ and is said to be one of the largest non-OPEC oil exporters in the world. This makes it an attractive place for the CIA and other clandestine activity to take place, as the West has been known to pressurize nations when seeking their precious natural resources.

It has been said that Western intelligence agencies allegedly controlled Islamists and pro-democracy activists in Malaysia, particularly during the coup in Egypt. This was evident in a large protest that took place in Kuala Lumpur in 2011. 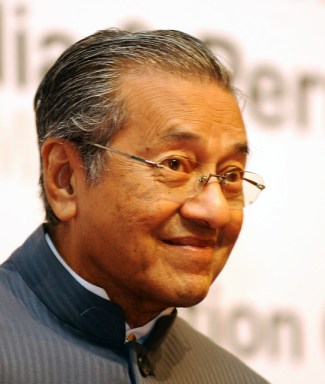 In 2003 Malaysia’s former prime minister, Dr. Mahathir Mohamad, named Israel as “the enemy allied with most powerful nations,”  during a 57-nation Islamic summit. The Malaysian leader further explained his beliefs about Israeli control, while also condemning the violence among Muslims:

“They invented socialism, communism, human rights and democracy, so that persecuting them would appear to be wrong, so that they can enjoy equal rights with others.

“With these they have gained control of the most powerful countries and they this tiny community, have become a world power.”

Mahathir had often blamed Israel and the United States for fueling violence in the Arab world.

In the middle of the 97-98 Asian financial crisis, Mahathir claimed there was a Western capitalist conspiracy to keep Malaysia under control, as the currency attack revealed the involvement of billionaire investor, Bilderberg consolidator and hedge-fund manager George Soros, as the Malaysian ringgit lost 15% over a two month period. Mahathir lashed out against Western meddling in the aftermath of the losses his country accrued:

It has been reported that a security firm called Asiasoft has been involved in updating Malaysia’s police systems. Two of the company’s directors are both from Israel, Izhak David Nakar and  Ido Schechter. Nakar is stated to have won an Israeli defense award.

Well-known researcher Tony Cartalucci observed the Western fallout over the recent elections in Malaysia during 2013:

“Despite the US mobilizing the summation of its media power and pouring millions of dollars into the opposition party, including the creation and perpetuation of fake-NGOs such as Bersih and the Merdeka Center, Malaysian Prime Minister Najib Razak sailed to a comfortable victory in this year’s general elections. The cheap veneer has begun peeling away from America’s “democracy promotion” racket, leaving its proxies exposed and frantic, and America’s hegemonic ambitions across Asia in serious question.”

Its clear from this analysis, that things didn’t go as planned for United States and its allies wthin Malaysia, as the unsettling elections could provide the impetus for some sort of unsavory Gladio-tension from Western backed intelligence agencies.

IMAGE: Radar image depicting flight 370 in the early stages of its flight.

The previously unheard of Chinese Martyrs’ Brigade initially claimed responsibility for the missing Malaysia Airlines Flight MH370. Prompting the Chinese media to say it is ‘likely a hoax made up by opportunists looking to inflame ethnic tensions.’

China has recently seen a series of  vicious attacks in China’s Xinjiang Uyghur region and the mass stabbings within the capital of Kunming this past month leaving some 33 people dead.

Interpol secretary general Ronald Noble does not believe the missing plane to be a ‘terrorist incident.’ Shockingly, authorities now claim they are looking for ‘sabotage, hijacking or psychological problems among either the crew or the passengers’ as the possible motive for the missing plane.

This statement seems to prey on the naivety of a certain segment the public who are still unaware of – manufactured clandestine terror under the direction of intelligence agencies, those entities who’ve historically used these kinds of means to destabilize as well as to threaten the security of resource laden countries over the years. What do authorities really know about these men?

It appears there is some question as to who booked the flights for the two men, as a travel agent from Pattaya, in Thailand, is said to have booked the tickets for an ‘Iranian businessman.’ Its important to note that Thailand is a hotbed for CIA related activity.

Were these two men deliberately chosen by operatives to board the plane, in an effort to frame another part of the world for potential terror, in this case Iran? 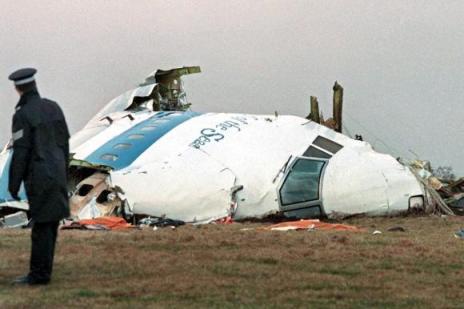 Many people believe that Abu Nidal, the infamous Lockerbie bomber charged in the bombing of PanAm flight 103 was connected to the CIA.

In surreal fashion, the Malaysian flight story keeps changing directions at an unprecedented rate, as Ghost-like phone calls have also been reported as 19 families signed a joint statement saying that ‘their calls connected to their loved ones but that they rang out.’

Could this information provide the authorities with the ability to locate the GPS coordinates as well as disprove the incident as a sudden catastrophic event?