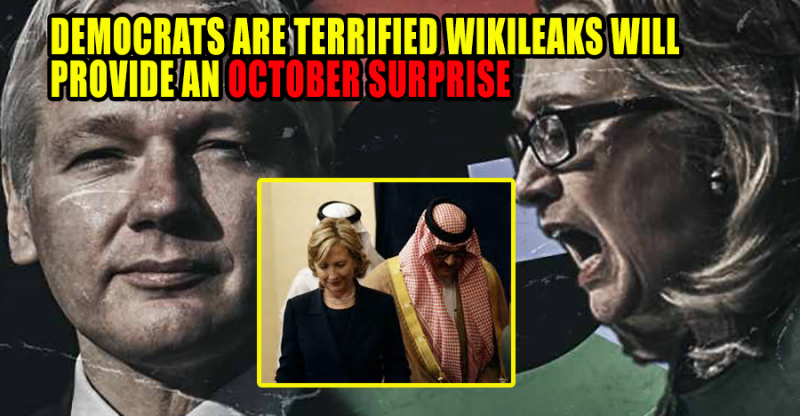 What happens this October will determine the outcome of the U.S. presidential election Never in the history of the world has so much anticipation and anxiety been focused on the outcomes of a single month.

According to astrologers and oracles, psychics and prophets, pundits and politicos, October of 2016 has been foreordained as a month of great events and awesome surprises.

Not only does the astrology stack up in such a way so as to indicate a month of HUGE happenings, so, too, have many powerful predictions been made by various oracles as compelling prophecies have been uttered by modern-day prophets.

Just why is October so momentous?

First it happens to perfectly align with the Hebrew month of Tishri.  Elul 29 falls on October 2nd which means the rest of the month until the 31st matches up with Tishri. This single point of fact means that the whole month of October has the potential to unfold in a manner that brings major revelations and unparalleled change.

The primary reason for this is that the end of the Biblical Shemitah Jubilee (also known as the Super Shemitah) takes place on Sunday, October 2.  This sole calendrical event will set up the rest of the month for an anything goes, anytime, anywhere context.[1]  However, most of the real action is guaranteed to occur right here in the good ole USA (as well as Europe and the Mideast).  Because the destiny of the Modern State of Israel (MSI) is joined at the hip with that of the United States, outcomes for one will greatly affect the other.  And those outcomes will come fast and furiously.

The upshot of this quite lopsided relationship (between the USA and Israel) is that one can easily take down the other, just as they have supported each other since the birth of the MSI in 1947.[2]  It is, however, the Super Shemitah that holds the key for the great unraveling that is about to take place. For the utter predictability of the Shemitah years is a well established pattern and cannot be denied in view of the historical events of epic proportions which always occur.

The critical point here is that 2016 represents the end of a major Shemitah cycle making it the Super Shemitah.  Therefore, what takes place during the month of October (Tishri according to the Judaic tradition) will have great consequence for the entire world community of nations.  Whatever occurs will likely be triggered on Monday, October 3rd since October 2nd is a Sunday.  We may not even see that trigger in the MSM, although something quite HUGE just happened on Friday.

Astrology for October is quite tumultuous and validates the Shemitah

This October will see a number of transits and other astrological events that will create extraordinary tension and opportunity for change.  Most real change comes at the barrel of a gun.  Isn’t that true in life in general?  Who ever gives up their comfort food unless a serious health condition forces them to?  Does the sugarholic (or alcoholic, or caffeine addict, or nicotine addict, or coke addict, or gambler, or Smartphone addict, or endorphin addict, etc.) ever just stop gratifying their addiction … unless it becomes truly life-threatening?!  Sounds like a certain politician presently running for POTUS irrespective of her diagnosed Parkinson’s disease, Subcortical vascular dementia and Post concussive syndrome. Well that’s exactly where things are for the Oligarchy of 1% that currently runs Planet Earth.  For it is the pathological love of money (and psychopathic addiction to power) that has pushed them firmly into the seats of power and influence around the globe.  However, their grip on that virtually absolute power is now loosening.  And the astrology shows us how this is happening.  Nevertheless, it’s even more important to understand that it is the ruled (the 99%) who ultimately permitted the tyrannical rulers to run their tyranny on them.

With Uranus, Neptune and Pluto in houses controlled by the 1%, the 1% decided what if anything ever warranted protest or needed reform (Uranus). They were empowered to choose which ideals would guide us (Neptune). They also decided who should hold power, how it should be wielded and why (Pluto).

For much of the time, the oligarchs also decided what was logical and legal (Saturn), who would become wealthy, how wealthy they would become, who would share in that wealth and why (Jupiter).

For going on half a century, the oligarchs made virtually all the rules. They won every hand. They decided every case. By the end, they called every shot.

But that was us, drinking our own oligarchic koolaid. We followed the yellow brick road that we ourselves had paved to global oligarchy.
(Source: October 2016 – The Deep Astrological Context)

Only by understanding that it is the 99% who also walked down the very same “yellow brick road”, can the spell of the love of money be broken.  There’s absolutely nothing inherently wrong with money itself; rather, it is the energetic charge associated with HOW it is earned, and HOW it is spent.

Each month has its own astrological imprint

The following breakdown of the primary days in October may not be comprehensible to most.  Nonetheless each one serves as a critical marker during a month — October — that is typically full of surprises.  This month will be no different and will quite likely see some of the most kariotic surprises of all time.

The following short description of the primary astrological makers for October ought to be kept handy throughout the month.  Each of these days has the potential for being a defining moment for the 3rd Millennium.

• October unfolds with a series of collapses, astrologically tied to these dates:

• Then the big one on October 19 — when Mars conjuncts Pluto. This alignment happens every 2 years, but in light of the earlier October dates this is the one that will give a big kick to all the Pluto aspects in October.
(Source: The Patriot Astrologer) There is no question about the many and diverse gray swans that now lurk in every location across the planetary civilization.  They were set up this way so that when the other shoe dropped every single resident of the planet would be affected by something, somewhere.  In this way, each individual will be challenged to respond to the coming events in a proactive, courageous and life-affirming manner.

For instance, who can deny that a collapse of Deutsche Bank would affect every German … and every European.  Talk about a massive gray swan flying over the Continent.

What follows is the current list of Gray Swans, as per the intelligence briefing platform DEEP CONNECTIONS.

This list was taken from the following essay which recently appeared under the title: October 2, 2016 = Elul 29, 5776: HUGE Window of Opportunity and/or Collapse.  This post provides much more vital understanding about this decisive month of October 2016.

Let’s face it, it doesn’t get any bigger than this one.  November 8th is surely the biggest election in the history of the USA.  Hence, what occurs (or does not occur) during the month of October will dictate the final outcome of this election cycle.

As for dramatic political surprises, here’s one that just happened:

Send for Nigel! Trump flies in Farage to help sharpen up his debating skills for his next clash with Hillary Clinton

We haven’t seen “October Surprises” like those that will be dropping out of the sky over the next 30 days.  If ever there was a time to really hang onto your hat, this month is it. Of course, the real $64,000 question is whether Obama will “wag the dog” for Hillary? There are many concerning developments in Syria that point directly to the Obama Administration deliberately inflaming a regional war as a distinct prelude to a World War III.  These folks seem hellbent to do whatever is necessary to shoehorn Hillary Clinton into the Oval Office.

As for Donald Trump’s response to her presidential aspirations, the following video portrays The Donald as such a no-nonsense speaker of the truth that his performance is entirely UNPRECEDENTED IN ELECTION HISTORY.  Should he continue to increase the number and intensity of these truth bombs over the course of October, Hillary will have acquired the worst case of political PTSD ever!

VIDEO: Trump Demands That Obama Not Pardon Hillary!  This Video Will Blow You Away! Best 15 min of Trump to Date!

O C T O B E R  2016 will be written about in future history books as the most consequential time frame of the era.

Whether the events are dramatic or the developments are paradigm-shattering, what does transpire in the next four plus weeks will radically alter American society, profoundly change Western civilization and deeply transform the planetary order.

2016:“When Cosmic Convergence Intersects Mayan Calendrics and the Kali Yuga” 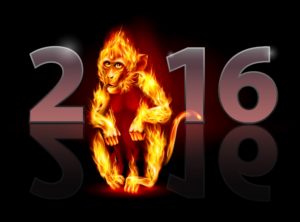