Why have the NWO globalists planned a World War III? 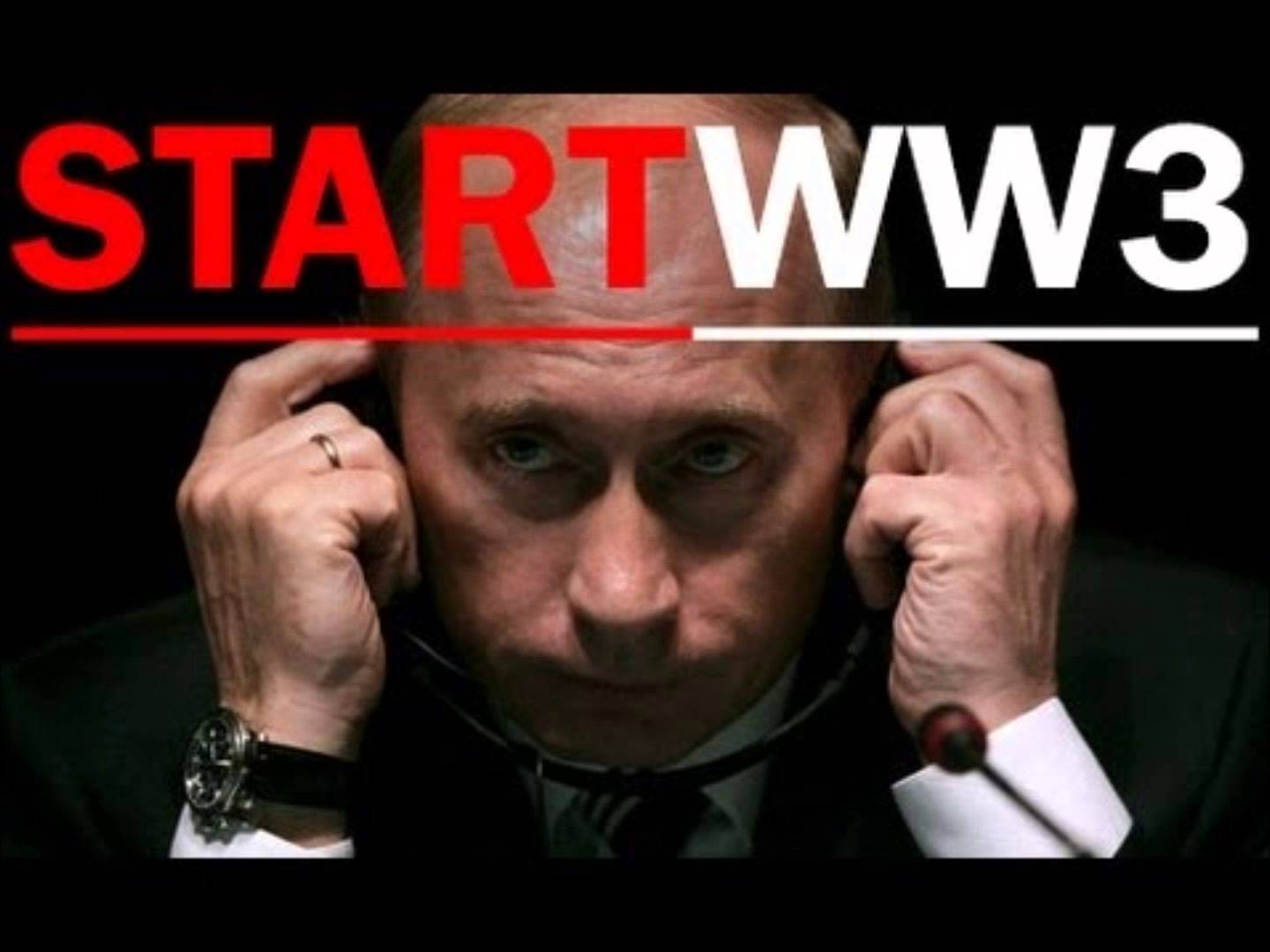 Why have the NWO globalists planned a World War III?

This geopolitical aim, as a matter of historical fact, is the very reason why Russia was on the right side of history during the two World Wars … and why Germany was on the losing side twice.  Pitting then against each other was a vital component of the NWO execution plan, just as the total destruction of the Middle East is during this Third Millennium under the false pretext of the U.S. Government-sponsored false flag operation conducted on 9/11/01.

The following map depicts the strategy that the neocon warmongers are using to goad Russia into a hot phase of World War III. 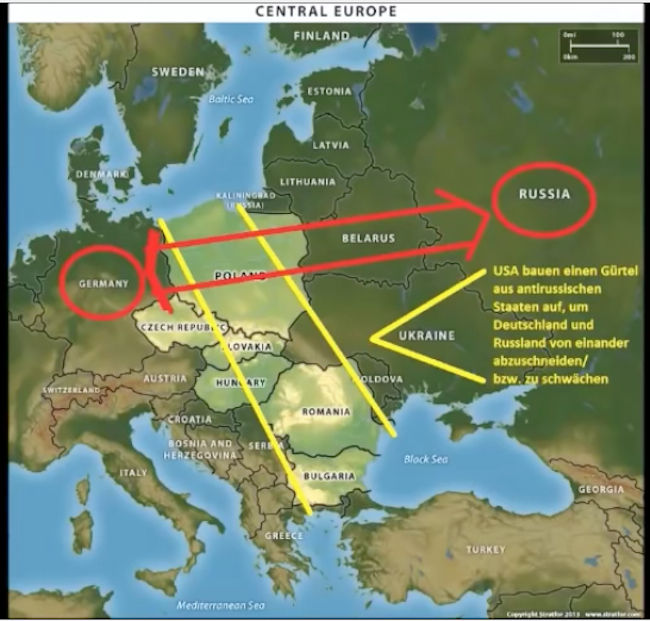 What follows is an excerpt from a previous that delineates the very essence of the Neocon strategy to keep Germany and Russia apart.

The following 10 points represent the most chilling revelations from STRATFOR’s George Friedman’s talk. If the reader remembers nothing else from this exposé, these are the most important points. Keeping them in mind will greatly inform the correct understanding of weighty current events, especially those which are occurring anywhere on the largest landmass in the world—Eurasia.

(1) Russia must be contained and controlled in every way possible so that it does not even pose a potential threat to the USA’s sole superpower status (really the AAA’s world supremacy).

(2) Germany must be prevented from entering into an economic union with Russia; fabricating false pretexts by the USA in order to levy economic sanctions against Russia drives a wedge between both nations.

(3) A German-Russian alliance would challenge U.S. world domination (read AAA) as no other combined force on Earth. The marriage of German capital and technology with Russian human and natural resources would be invincible.

(4) The best way to preclude a close collaboration between Russia and Germany is to bring war to their borders, especially through the employment of “spoiling attacks” (read: terrorist attacks). Russia has experienced this with Chechnya, Georgia, South Ossetia, and the Ukraine.

(5) By inciting wars among Russian neighbors and conflicts between the concerned Eurasian powers, USA world supremacy is assured (e.g. the Ukraine conflict was started after Russian peacemaking initiatives in Syria).

(6) Just as the British Empire controlled its many colonies through divide and rule, the U.S. must use the same MO and military tactics. Rome used the same divide and conquer strategy appointing local kings to maintain the peace by strategically starting conflicts.

(7) Pilsudski’s Intermarium delineates the optimal way of containing Russia at the European border, which could then be used as a springboard to conquer the Rissian Motherland. Pushing Russia’s Western front close to Moscow poses an existential threat.

(8) Channeling the festering hatreds that exists within the now defunct USSR, and found especially within the Baltic states and ex-Soviet satellites, toward the 25-year old Russian Federation will help further secure the Intermarium.

(9) Maintaining a “cordon sanitaire” around Russia will neutralize its military force, limit its political alliances and minimize its economic influence throughout the world; forever keeps Russia on the defensive.

(10) Russia and Germany must be kept apart even if it means starting World War III. The first two world wars served the very same purpose; the Ukraine Civil War can be expanded at any time in order to preoccupy the concerned nations as it was chosen for its volatility.
(Source: STRATFOR Chief Reveals Zio-Anglo-American Plot For World Domination)

One of the best ways to practically preclude the planned hot phase of World War III is through the dissemination of this highly radioactive information as well as any high-integrity intel which supports it.

Everything that is occurring throughout the planetary civilization today is happening with the explicit purpose of advancing this NWO agenda toward a One World Government.  A Russo-German Alliance would shut down that ill-conceived agenda in a day and a night.  Anglo-American imperialism would be immediately terminated as it will be eventually with the final collapse of the once Almighty Dollar (aka the petrodollar).

Therefore, every reader is highly encouraged to send the editor any news reports, geopolitical essays, as well as Internet articles, videos or audios which provide further elucidation of this very weighty matter.  The TMR Editor likewise permits the wide dissemination of this link and others with similar content.  Our email address follows:

The consequences of apathy and inaction for the whole of humanity, as well as to the entire planet, are simply far too great to ignore at this critical juncture of human history.   What two extremely deadly and destructive World Wars have already proven is exactly what these criminally insane psychopaths will do to attain unrivaled control over the Earth.  Hence, their covert scheme to initiate a World War III must be short-circuited by every means possible and by any means necessary.

[1]  Russia’s Biggest Threat Is The Promethean Strategy: Can Putin keep the Intermarium in check?

[2]  Four Star General Presents Indisputable Case for a Temporary Military Takeover of the U.S. Federal Government …
… After Exposing Covert Scheme to Invade 7 Countries in the Mideast by the U.S. Military and its Proxies (ISIS)

A Very Serious Russian Warning to the USA and NATO

Special 10-part Series on the War Against Russia

Part IX — Prometheism: The Backbone of the NWO Strategy to Isolate and Conquer Russia