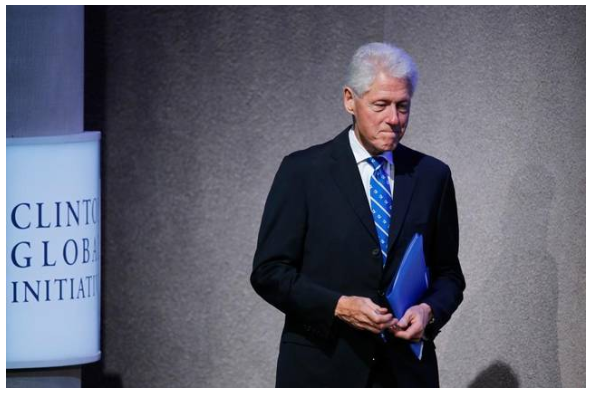 The Clinton Global Initiative wraps up its 12th and final annual meeting Wednesday amid intense scrutiny about the access its donors received while Hillary Clinton was the nation’s top diplomat.

Notable supporters, including President Barack Obama and Clinton herself, and past corporate sponsors skipped the meeting. But the star-studded gathering in New York City still had its share of speakers, though some a bit controversial.

The annual meeting brings together more than 1,000 leaders in business, government and civil society over the course of three days. Some of the speakers could be considered unsavory by some, but they may be elected officials or captains of industry.

Aleksandar Vucic: The popular prime minister of Serbia served as information minister for Slobodan Milosevic, a former leader who was nicknamed “the Butcher of the Balkans” after he being accused of playing a role in multiple massacres. Vucic had previously praised Ratko Mladic, who was alleged to have organized the massacre of 8,000 Muslims in Srebrenica in 1995.

Mauricio Macri: The president of Argentina who made headlines as the mayor of Buenos Aires for defending catcalling on the street. “Women who say they don’t like it, and are offended by it, but I don’t believe it,” he said. He had previously calledhomosexuality a “disease,” refusing to back a law allowing same-sex marriage. Macri was forced to acknowledge existence of an offshore in the Panama Papers that he said was created by his father to invest in Brazil and has since been closed. A second company tied to Macri recently emerged.

Stacey Davidson: The executive director of the Recycling and Economic Development Initiative of South Africa had been investigated by the financial services board for alleged theft of government retirement funds, according to reports.

Andrew Witty: The CEO of GlaxoSmithKline, a pharmaceutical company accused of failing to immediately make public information about some of its drugs, including one was linked to suicidal thoughts. In 2014, the company was fined almost $500 million as part of a bribery scandal in China,

Paul Polman: The CEO of Unilever, a multinational food company accused of mistreating female workers, paying bribes in third-world countries and running an ad that was called homophobic, comparing learning that your child was gay to being shot in the heart.

The Republican National Committee criticized CGI for inviting a Palestinian teacher to speak at a dinner this week because her husband is a Palestinian official convicted of participating in a terror attack that killed six Israelis in 1980, according to the Wall Street Journal.