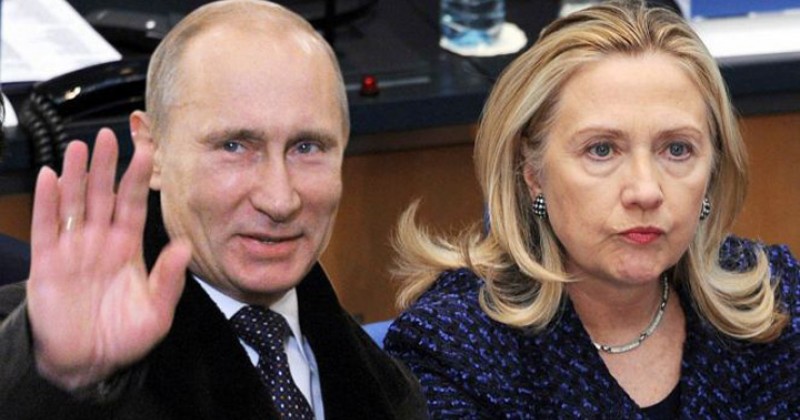 “Hillary is the candidate of an endless war”

Former U.S. diplomat James Jatras warns that Hillary Clinton will start numerous “regional wars” if she elected, including a potential nuclear confrontation with Russia, China or both.

“Hillary has never met a war she does not like. She is a true believer in the idea that the US can, as this vanguard of all progressive humanity, use military force to transform the world. We are looking at numerous regional wars and very possible at nuclear war with Russia or China, or both,” Jatrastold Sputnik Radio.

Jatras, who worked for 18 years as a foreign policy advisor to Senate lawmakers, said that Hillary is the candidate of “endless war” and has surrounded herself with like-minded hawks.

“Look at the people surrounding her: Mike Morell, acting former director of the CIA who wants to assassinate Russians in Syria; you have Michele Flournoy, (the former Defense Department official) who wants to start bombing in Syria as soon as Hillary takes office, when she becomes secretary of defense,” he said.

Jatras remarked that Hillary was the hand-picked candidate for the “deep state,” but the oligarchy had planned to have her run against Jeb Bush so that Americans were stuck with “Tweedledee – Tweedledum” choices like we usually get.”

According to Jatras, having succeeded in sinking the candidacy of Bernie Sanders, the elite were shocked that another insurgent candidate – Donald Trump – was able to become the Republican nominee.

As we reported earlier this month, during a speech, Hillary openly threatened to use military power against Russia if Moscow is merely suspected of being involved in hacking or cyberattacks.

George’s comments on why the leftist establishment in America has aggressively pushed anti-Russian sentiment are also extremely interesting.

“A lot of progressives really-really-really hate Russia. They look at it as at almost a failure that ruined this “great progressive experiment” called communism and they really resent it and hate it. So you actually find much more Russophobia in the US on the progressive side today,” the former diplomat said.

He also noted that progressives are antagonistic towards Russia because its leaders have not stopped the Church from playing a strong role in public life and the country is now very conservative.

“The Russians don’t go along with a lot of the things here like same sex marriage, transgenderism and all the other silliness we see in America and Europe today,” said George, adding that Russia is no longer a communist country.